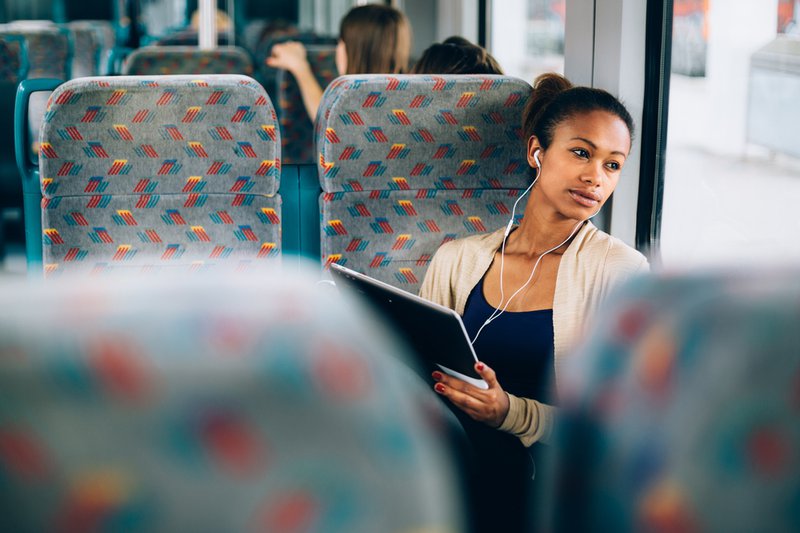 Lack of reliable transportation remains an ongoing challenge for youth apprentices, one with deep roots in America’s historical legacy of structural discrimination, which exacts disproportionate and significant impacts on apprentices of color today.

The problem sounds simple: apprentices need reliable access to a car or public transit to get between their homes, schools, and jobs, something that doesn’t exist for far too many of them, especially in rural areas and communities of color. Yet because the problem is etched into our nation’s built environment of roads, bridges, and buildings, it appears prohibitively expensive to fix, with unclear roles for who should even be responsible for fixing it.

The good news, however, is that youth apprenticeship programs have developed equitable, low-cost solutions to the transportation challenge, largely through employer leadership and engagement.

Let’s start at the beginning. Why does transportation present a barrier to participation and completion in apprenticeship, and why is this especially a problem for communities of color? The answer seems relatively straightforward: most people don’t live close enough to their jobs to walk. But the deeper causes are found in America’s historically-rooted—and racially segregated—approach to local land use policy that generally prioritizes low-density suburban sprawl, highways, and automobiles over higher-density communities that make mass transit more affordable and cost-effective for connecting residents to their homes, shops, and jobs.

A history of discrimination

From the 1930s to the 1950s, federal, state, and local governments partnered with real estate developers, bankers, and the big car manufacturers to create the modern American suburb, accessible via the brand-new highway system—but only for white Americans. People of color were systematically excluded from these new suburbs through restrictive covenants, lack of access to the GI Bill (which provided down payments for so many white families), and federal housing rules that kept banks from giving new mortgages to families of color. These same federal rules also promoted “redlining,” by which most banks refused to provide mortgages and home loans in predominantly African American neighborhoods, which steadily fell into disrepair and suffered decades of disinvestment, in urban and rural areas alike. As a result, many families of color were trapped in low-income neighborhoods, with no real opportunity to move.

Compounding the challenge for communities of color, many American manufacturing facilities moved out into the suburbs or further into rural areas, in effect moving jobs away from the places where they lived. This reinforced occupational segregation, with people of color often shunted into the jobs that remained, often requiring fewer skills and paying lower wages (the exception being public sector jobs which increasingly became open to workers of color in the 1970s). Occupational segregation and lack of public transit excluded many workers of color from manufacturing jobs, a challenge exacerbated—especially in the South, where a majority of rural African Americans lived—by the legacies of Jim Crow, which sharply limited incomes and educational opportunities for Black and other people of color.

The legacy of discrimination lives on today

Fortunately, this kind of explicit discrimination is no longer legal. But the legacy of that discrimination lives on, because it was enshrined in the nation’s built environment (e.g., auto-dependence, highways, and suburban sprawl) and is very expensive to reverse without significant investment in mass transit that goes beyond the capacity of many local governments to afford.

At the same time, this legacy also explains why people of color are on average poorer and earn lower incomes than white people with the same level of education. It also explains why apprentices of color disproportionately lack consistent access to reliable transportation: they and their families are more likely to face financial hardship in buying and maintaining the cars they need to travel to work than their white counterparts. Discrimination locked many of the grandparents of today’s apprentices out of the largest expansion of homeownership and wealth-building in the nation’s history and shunted their parents into low-wage occupations that were only partly ameliorated by increasing access to higher-wage public sector jobs.

The impact on transportation access has been profound. One recent study found that Hispanic and Asian families are twice as likely as white families to lack a vehicle, and African American families are three times as likely. As a result, families of color rely disproportionately on public transit to get to work, home, and school. Yet, they often live in neighborhoods with less ready access to transit. This has obvious downstream impacts on youth apprentices of color, who as students already tend to face significantly longer commutes to school.

Solving the puzzle of equitable transportation

So what can be done? One clear answer involves employer leadership. In the case of North Carolina’s Eastern Triad Workforce Initiative, which includes youth apprenticeship programs in a mix of urban, rural, and suburban counties, employers have already taken the lead in organizing, designing, and implementing all aspects of youth apprenticeship programs. They were deeply committed to the success of the program and that of the individual apprentices working on their shop floors. Regular communication with fellow employers and their apprentices (particularly those in the pre-apprenticeship and the first year of the program), quickly revealed the problem of transportation for many of the participants.

Instead of pushing the problem to other actors in the region, however, the employers developed a relatively simple and low-cost solution. They contributed to a transportation fund that could support all the apprentices in the region who needed help. The Community Foundation for Greater Greensboro administered the funds, which could be spent on gas cards, Uber or Lyft cards, bus passes, and, in some cases, car repairs. The fund ended up supporting a number of apprentice carpools that might not otherwise have been organized. Employers found that apprentices needed less help as they progressed through the program, as their wages eventually allowed them to support their own transportation needs. Over time, the fund began to support mostly pre-apprentices and early-stage apprentices.

Spending more money alone will not solve the transportation problem, although money is obviously crucial. Rather, employer leadership, commitment, and adaptation to apprentice needs can play a critical role in helping apprentices succeed. And because apprentices of color are disproportionately affected by lack of access to transportation, they will disproportionately benefit when this challenge is addressed.

Employers, working in collaboration with other partners crucial to the success of youth apprenticeship programs, might also consider:

Employer leadership can go a long way to providing simple and equitable solutions to contemporary problems arising from the racial injustices of the past.