Applicant pool demonstrates growing demand for youth apprenticeship across multiple regions and a range of industries. 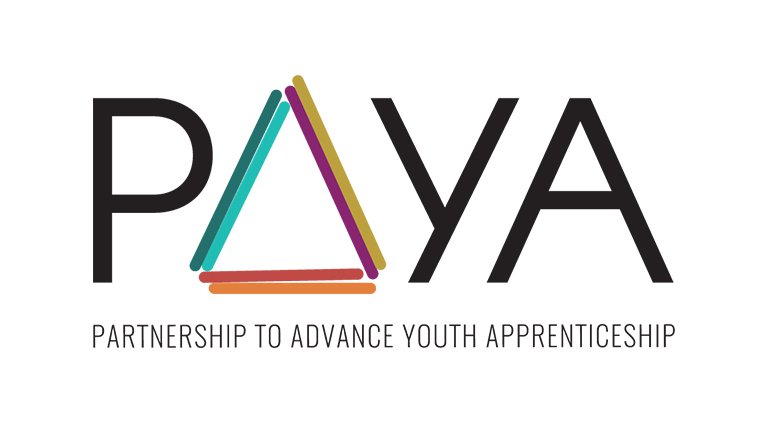 When the submission period closed on March 8th, 223 partnerships had applied, far exceeding our expectations for both the size and the geographic distribution of our applicant pool. While some of the patterns reflected in the map below are to be expected—many of the darkest states are the country’s most populous and several have state-level initiatives to support apprenticeship—we were encouraged to see interest in and demand for youth apprenticeship from 49 states and Puerto Rico.

Even beyond geographic diversity, however, the applicant pool demonstrated significant variation along many key indicators—proof that the field of youth apprenticeship is growing and evolving to include many new programs, new actors, and new industries across the US.

As just one example, about 75 percent of the applications we received came from partnerships in the earliest stages of program development, with most engaging in exploration and strategic planning phases to launch new youth apprenticeship programs. About a quarter applied seeking support to improve and expand existing programs, which ranged from soon-to-launch pilots to more mature, existing programs.

We saw a similar mix in terms of the scale of the programs that applicants sought to establish. About 78 percent of applicants proposed programs that would target students and employers in a particular city or region, while 20 percent were focused on launching state-level programs. (The remaining 2% proposed projects that spanned multiple states.) Notably, however, many of the locally-focused applicants forecast plans to replicate their model to multiple locations across the state or to scale their programs into state-level models over time.

The PAYA Grant Initiative application required applicants to identify an intermediary organization that would coordinate the work of the various employers, community organizations, and education and government bodies involved in the design and execution of their youth apprenticeship programs. Here again, the pool of applicants displayed a mix of approaches. About 42 percent of applicants nominated a public entity—either a school district, a public post-secondary institution, a local or state-level government agency, or a workforce development board—to serve as the program intermediary, but a significantly smaller share of applications were anchored by employers (5 percent) or labor organizations (<1 percent) serving in an intermediary role.

The scale and scope of interest in the PAYA Grant Initiative demonstrates the growing demand for strategies that can promote a more inclusive economy for young people, while also meeting the needs of business. PAYA believes youth apprenticeship is a high-potential option for doing exactly that. And, through the PAYA Grant process, we have discovered that leaders in 223 communities across the US agree. PAYA remains committed to producing resources and disseminating information to support their efforts to launch, expand, and improve youth apprenticeship, and we look forward to continuing to track their progress and growth.

To learn more about the PAYA Grant Initiative, the PAYA grantees, and the PAYA national network, please read this press release and blog post. To learn more about PAYA and how youth apprenticeship can unlock opportunity for both young people and employers, visit newamerica.org/paya and stay connected to the initiative’s progress by following the #PAYA hashtag.