A growing body of research shows that culturally responsive teaching practices can provide students with a range of social and cognitive benefits. 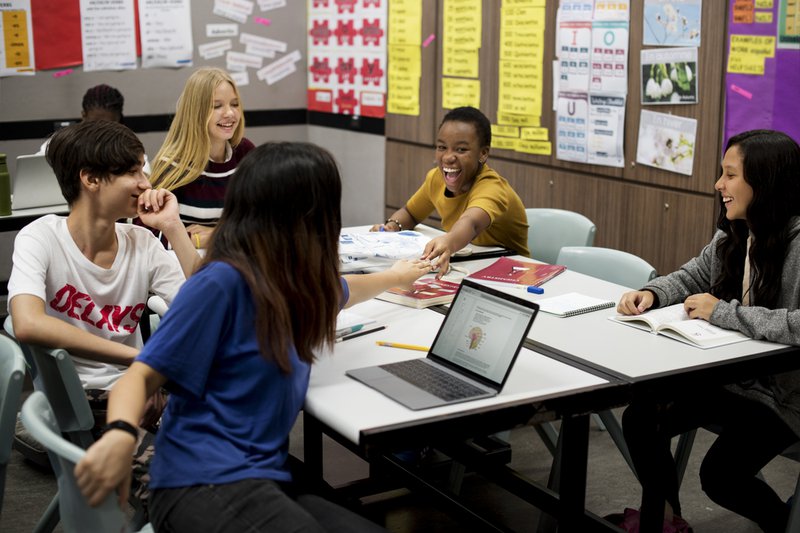 Around the country, more and more investments are being made to build a culturally responsive teaching workforce. In New York State, for example, a broad range of education stakeholders recently developed the state’s first Culturally Responsive-Sustaining Framework, a guidance document intended to help educators connect home and school cultures, engage students in rigorous learning, and empower students as agents of social change. District and school leaders in the state are also carving out opportunities for teachers to inspect their personal biases and design learning experiences that cultivate the engagement and curiosity of culturally, linguistically, and racially diverse students.

But are these investments a good idea? Research increasingly suggests they are. This research tells us that culturally responsive teaching practices promote the social, emotional, and academic development of all students by:

Previous studies have found that drawing from students’ cultural knowledge and norms contributes favorably to reading comprehension and mathematical thinking. According to neuroscience research, this is partly because everyone learns new information best when it is linked to what they already know. In other words, using texts, materials, and examples that draw from students’ cultural schemas and background knowledge makes learning easier because it leverages students' existing neural pathways. But that’s not all. We also know from neuroscience research that culture drives how brains process information; for instance, students who share strong oral traditions are primed to learn new information best through music and storytelling. For this reason, when culturally responsive teachers use repetition, rhythm, movement, and visuals during instruction they’re also strengthening neural pathways for comprehension.

Culturally responsive teachers connect academic concepts to the everyday lives of their students, a strategy that makes learning experiences more personally meaningful, engaging, and effective. Research back this idea. For instance, in one study of roughly 1,400 San Francisco high school students, researchers discovered that participating in an ethnic studies course that emphasized cultural affirmation was associated with improved attendance as well as GPA gains. In a related but smaller-scale study, researchers gathered the reflections of six Black students who participated in a culturally relevant mathematics course. These students reported feeling more motivated to engage in mathematics as well as more confident in taking standardized tests. Conversely, scholars have long argued that failing to demonstrate the value of school learning on students’ everyday lives contributes to the lack of motivation and engagement experienced by far too many students of color.

Research on culturally responsive teachers reveals that, beyond foregrounding students’ culture in the classroom, these teachers build students’ awareness of social justice issues encountered in their daily lives and communities through rigorous, project-based activities. For example, one case study of seventh- and eighth-grade math classrooms, Latinx students used traffic stop data to understand racial profiling in their community and gain a stronger understanding of math concepts. A second case study describes the efforts of a group of students to investigate zoning laws in their community. These students presented their research to the state Senate and local city council, which led to the closure of two liquor stores near their school. Researchers believe that engaging students in investigations of meaningful, open-ended problems is an ideal way to get students to analyze, formulate questions, and generate solutions to challenging authentic problems.

Because culturally responsive teachers center students’ identities in the classroom, they support the development of students' racial and ethnic pride. According to one study of 315 middle and high schoolers, for instance, students who reported experiences with culturally responsive teaching practices expressed a deeper sense of racial identity. A trove of studies favorably link racial and ethnic pride and belonging to school engagement, interest in learning, and even better grades. Still other research has found that a stronger racial identity can even buffer the effects of racial discrimination and stereotype threat (the idea that individuals can perform worse on assignments than they might otherwise when they feel they are living up to a negative stereotype). On the other hand, there is also evidence that confusion, ambivalence, and anxiety about their racial identity can sap students’ engagement and, in turn, derail their academic performance.

Promoting a sense of safety and belonging

Research shows that a sense of belonging, safety, and support in school is critically important for learning. Case studies of culturally responsive practitioners have shown that these teachers cultivate such feelings through various strategies, such as by demonstrating care, encouraging socialization among students, and establishing respectful relationships with learners. For example, in one study, students who participated in a culturally responsive, mathematics and science university outreach program reported feeling a sense of belonging as well as sense of affirmation for their own and others’ cultures.