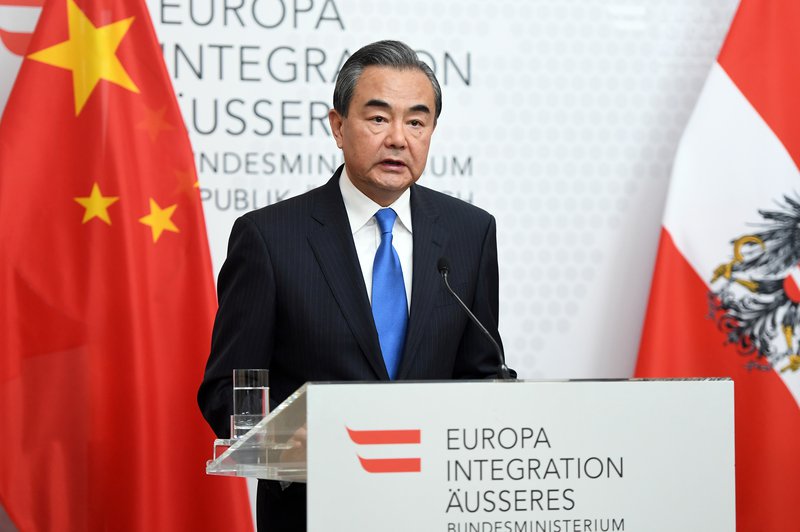 This translation is part of the DigiChina Project, based at Stanford University and a joint effort with New America.

The announcement marks renewed enthusiasm and an updated approach for Chinese public diplomacy on international internet governance, digital economy rule-making, and the now-entrenched field of data governance. It incorporates principles reminiscent of the government's earlier emphasis on "cyber sovereignty," while emphasizing domestic and international challenges in data security and governance.

Wang's announcement also targets U.S. positions and actions over the last decade, rather clearly—if not explicitly—calling out spying of the types revealed by Edward Snowden, claims of cross-border jurisdictional reach such as that embodied by the CLOUD Act, and "politicizing data security issues or applying double standards," as the Chinese government would claim the Trump administration has done.

Finally, the announcement frames the Chinese initiative as open to input from other governments, international organizations, or multi-stakeholder groups, and ready to incorporate compatible bilateral or regional efforts. Read the full announcement in translation below. –Ed.

On the morning of Sept. 8, 2020, State Councilor and Foreign Minister Wang Yi proposed a "Global Data Security Initiative" during a speech entitled "Adhering to Multilateralism, Advocating Equity and Justice, and Joining Hands for Win-Win Cooperation" at the high-level session of an international seminar called "Seize the Data Opportunity, Collaborate for Development."

Wang Yi said, to effectively face the challenge of data security threats, three principles should be followed: First, adhere to multilateralism. We should persist in collective discussion, collective building, and collective benefit. On the basis of widespread participation from all sides, we should reach global data security principles that reflect every country's wishes and respect the interests of all sides. Second, undertake both security and development. Every country has the right to protect their country's data security according to law, and all should provide all enterprises with an open, equitable, and non-discriminatory business environment. Digital protectionism violates the objective laws of economic development, and goes against the tides of the globalization era, not only harming the rights of global consumers to access digital services, but in the end potentially impeding one's own development. Third, hold fast to equity and justice. Data security should be upheld on the basis of facts, and laws and regulations. Politicizing data security issues and applying double standards, even to the point of freely starting rumors to blacken others' names, violates basic principles of international relations and seriously disturbs and hinders global digital cooperation and development.

Wang Yi emphasized, China's digital economy is developing vigorously, with the number of netizens surpassing 900 million. Chinese law includes clear provisions on safeguarding the lawful rights and interests of citizens and organizations, including data security and personal information, etc. The Chinese government strictly follows data security protection principles, and has not and will not require Chinese companies to violate the laws of other countries to provide foreign data to the Chinese government.

Wang Yi said, in order to cope with new issues and challenges and jointly build a peaceful, secure, open, cooperative, and orderly cyberspace, China wishes to launch the "Global Data Security Initiative" and welcomes active support from all parties. The main content of the initiative includes: First, treat data security objectively and rationally, and work to maintain open, secure, and stable global supply chains. Second, oppose the use of information technology to damage other countries' critical infrastructure or steal important data. Third, take measures to prevent and end personal information harms, and not abuse information technology to conduct large-scale surveillance of other countries or illegally collect personal information of citizens of other countries. Fourth, require companies to respect local laws and do not force domestic companies to store data generated or collected overseas in their own country. Fifth, respect the sovereignty, jurisdiction, and data management rights of other countries, and do not directly access data located in other countries from companies or individuals. Sixth, needs for cross-border data retrieval by law enforcement should be addressed through judicial assistance and other channels. Seventh, information technology product and service providers should not set up backdoors in their products or services to illegally obtain user data. Eighth, information technology companies must not use users’ dependence on their products to seek illegitimate gains.

Wang Yi said he hoped China's initiative can provide a blueprint for the formulation of international principles on data security, opening a global process; looked forward to government, international organization, and multi-stakeholder participation; and welcomed countries to support the relevant commitments of the initiative in bilateral or regional agreements, etc.