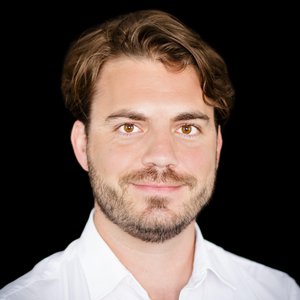 Graham Webster is editor in chief of the Stanford–New America DigiChina Project at the Stanford University Cyber Policy Center and a China digital economy fellow at New America. Based at Stanford, he leads an inter-organization network of specialists to produce analysis and translation on China’s digital policy developments. He researches, publishes, and speaks to diverse audiences on the intersection of U.S.–China relations and advanced technology.

From 2012 to 2017, Webster worked for Yale Law School as a senior fellow and lecturer responsible for the Paul Tsai China Center’s Track 2 dialogues between the United States and China, co-teaching seminars on contemporary China and Chinese law and policy, leading programming on cyberspace in U.S.–China relations, and writing extensively on the South China Sea and the law of the sea. While with Yale, he was a Yale affiliated fellow with the Yale Information Society Project, a visiting scholar at China Foreign Affairs University, and a Transatlantic Digital Debates fellow with the Global Public Policy Institute and New America.

He was previously an adjunct instructor teaching East Asian politics at New York University, a public policy and communications officer at the EastWest Institute, a Beijing-based journalist writing on technology in China for CNET News and other outlets, and an editor at the Center for American Progress. He has worked as a consultant to Privacy International, the National Bureau of Asian Research, the Clinton Global Initiative, and the Natural Resources Defense Council’s China Program.

Webster writes for both specialist and general audiences, including for the MIT Technology Review, Foreign Affairs, Slate, The Washington Post’s Monkey Cage, BBC Chinese, Lawfare, ChinaFile, The Diplomat, Fortune, ArtAsiaPacific, and Logic magazine. He has been quoted by The Wall Street Journal, The Washington Post, Reuters, Bloomberg News, Wired, Caixin, and Quartz; spoken to NPR and BBC World Service radio; and appeared on BBC World News, CBSN, Channel News Asia, and Deutsche Welle television. Webster has testified before the U.S.–China Economic and Security Review Commission and speaks regularly at universities and conferences in North America, East Asia, and Europe.