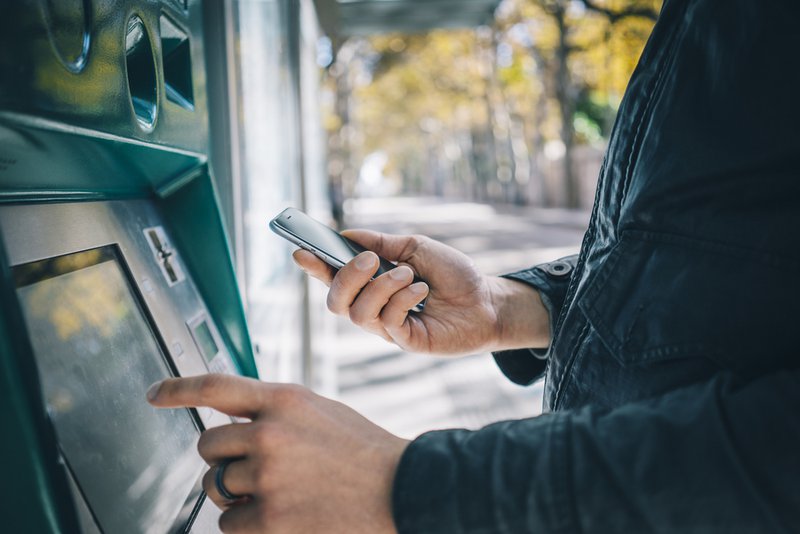 In 2005 San Francisco city leaders were surprised by new research that estimated that one in five San Francisco adults—and half of the city’s Blacks and Latinos—did not have bank accounts. These primarily working poor city residents faced a big disadvantage because they lacked this basic financial tool. In fact, many unbanked San Francisco residents reported paying 2 to 5 percent of their income just to cash their paychecks.

Mayor Gavin Newsom and City Treasurer José Cisneros convened a working group to examine this problem. They learned that there are other costs to being unbanked, costs that are not readily apparent. Families without accounts do not have a safe place to keep their money. They walk around with wads of cash in their pockets or it is at home in a coffee can. Robberies can be more prevalent around check cashing outlets and a disaster, like a house fire or an earthquake, leaves unbanked families even less able to cope in the face of an emergency. Perhaps most importantly, a bank account is the first step to financial security. Without one, it is harder to save and to get well-priced car loans, credit cards, or mortgages—the exact financial tools needed to climb the economic ladder. Families then stay stuck going to costly alternatives—like pawn shops and rent-to-own stores.

To address this problem, San Francisco public officials challenged financial institution leaders to join with the City and their non-profit partners to create and launch Bank On San Francisco, a first-in-the-nation effort to bring 10,000 of the City’s estimated 50,000 unbanked households into the financial mainstream. City leaders wanted to offer low-income residents alternatives to check-cashing outlets by increasing the supply of starter bank accounts with easy, affordable ways to deposit paychecks, pay bills, and save. The City and local community organizations would then enact a grassroots marketing campaign to promote these accounts to unbanked San Franciscans and inform them about how they could open one.

By combining the influence of local government, the regulatory power of the Federal Reserve Bank, the market drive of mainstream financial institutions, and the credibility and reach of community organizations, Bank On San Francisco aimed to move the marketplace of available financial products and services to bank the unbanked.

Emerging as a coalition of 15 banks and credit unions united to bank 10,000 unbanked San Franciscans in two years, the pilot program launched in September 2006. By the following year, 11,110 previously unbanked San Franciscans had entered the financial mainstream. Five years later, more than 70,000 accounts are reported open and active by partner banks and credit unions. A host of other “financial empowerment” initiatives have since emerged from the San Francisco Treasurer’s Office of Financial Empowerment.

In late 2007, the City of Seattle started the second Bank On program, sparking the beginning of what is now a national movement. Closely followed by a third program—Bank On Evansville—and the launch of the first statewide program, Bank On California, the model is now being replicated in more than 70 cities and states nationwide. In 2010, the Obama Administration announced the creation of a national effort to bank the unbanked—Bank On USA.

The Bank On approach demonstrates wide-ranging, bipartisan appeal. It’s simple to understand, inexpensive to run, and is built on partnerships that can be replicated. San Francisco made its program resources, including marketing materials, freely available and travelled widely to help start up coalitions. In order to meet the demands for technical assistance, the City created an online portal, www.joinbankon.org, and partnered with the National League of Cities, to launch the Bank On Cities campaign to further disseminate the model. However, the Bank On program is not without its flaws and critics. Many felt the checking account product that resulted from the bank negotiations did not go far enough to protect consumers. Emerging programs found financial partners increasingly difficult to negotiate with as the economic and regulatory environment shifted dramatically in recent years. Data on new accounts was hard to measure and verify. Political climates across the country led to some aspects of the program to be left as voluntary rather than mandatory components.

As the program continues to spread across the country and a national plan for banking the underbanked is developing, now is the time for reflection on the successes and failures of the Bank On model. Program founders, the San Francisco Office of Financial Empowerment and the New America Foundation, developed this paper on the top 10 lessons from the San Francisco experience to further the discussion on what products and services need to be in place to best serve this market, and what roles the various partners at the local, state, and national levels can play to create a truly inclusive financial system. These reflections range from practical programmatic suggestions to recommendations on how national leadership can further improve the financial services landscape for low-income consumers.

The current economic climate, combined with the willingness of many local and state government leaders to protect the financial needs of their most vulnerable constituents, has fueled a national discussion and provided a unique focus on the issue of the unbanked. The Bank On model has provided an accessible starting point for many communities to engage with banks and credit unions to increase financial stability across the country. By taking an honest look at the lessons learned over the last five years, the San Francisco Office of Financial Empowerment and the New America Foundation hope to further advance this conversation.

Leigh Phillips is the manager of the City of San Francisco’s Office of Financial Empowerment and has managed the Bank On San Francisco program since its inception. Anne Stuhldreher is a Senior Policy Fellow with the New America Foundation. She brought the initial idea for Bank On San Francisco to city leaders, and helped lead the planning and start-up period.