The Future of Work for Women 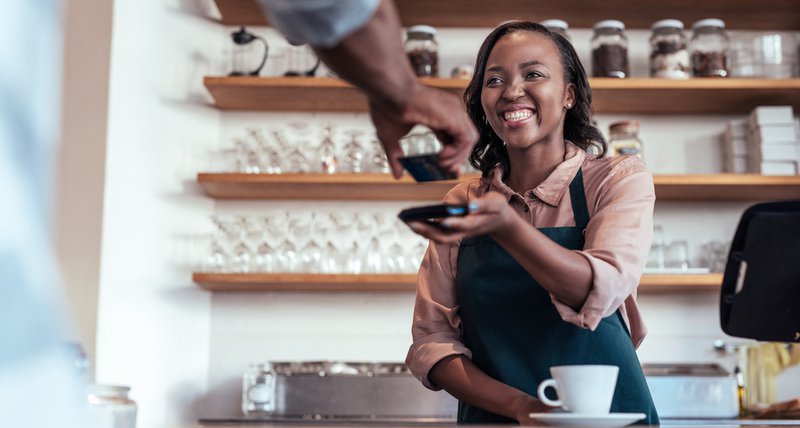 Here’s a quick exercise. Close your eyes and picture a workplace where robots or computers are replacing the job of an American worker. Now ask yourself: in your mental image, was that worker a man or a woman? Chances are, if you have been following popular coverage of automation, the worker you envisioned is a man. The lion’s share of news stories spotlights one demographic only: white men. Male truck drivers and factory workers are most commonly featured, and to a lesser extent, professional men in suits as well. A quick Google image search for the terms “robots” “AI” and “jobs” illustrates this nearly exclusive visual representation of white men. (See below.) Rarely do the images ever depict a woman or person of color.

But are white men in the demographic most likely to be impacted by technological change and automation in the US? Our analysis suggests otherwise.

To be sure, there are compelling reasons for policymakers to focus on the challenges facing male workers vulnerable to automation and technological change.Automation in the manufacturing sector over the last several decades has disproportionately impacted men with a high school degree or less, resulting in steep declines in wages, economic stability, and status.Many prime age men have left the labor force altogether. Rates of drug abuse, early death, political dissatisfaction have spiked among this group, alongside falling rates of wellbeing, health, and marriage. (See Carol Graham’s excellent new study on out-of-work men, the seminal research of Anne Case and Angus Deaton, and the work of Alan Krueger.)

Yet the overwhelming focus on male workers has obscured the reality that the next waves of automation will have a profound impact on women - perhaps even more so than on men - because women are disproportionately employed in automation-risky jobs.

That’s why conversations about the future of work and any policy and programmatic responses are woefully incomplete without a greater focus on women. (Our research at New America also highlights the disproportionate impact of automation on communities of color, including Hispanic and African American workers. We are planning additional work that directly addresses these challenges. For the purpose of this post, the focus is on women.)

What does the future of work look like for women?

(1) Women face a higher risk of automation than men. (See methodology note at the bottom of this post). To start, it is important to understand what types of work are vulnerable to automation. The automation of today’s digital age doesn't just mean robotic assembly lines in car factories. Increasingly, artificial intelligence, machine learning and smart software are enabling workplace automation well beyond the factory floor, from customer service chatbots, to virtual assistants, to AI-assisted disease diagnosis. Advanced technology will therefore impact a much wider set of tasks, jobs and skills than what we have seen to date - from food preparation, to back office work, to logistics, customer service and accounting. 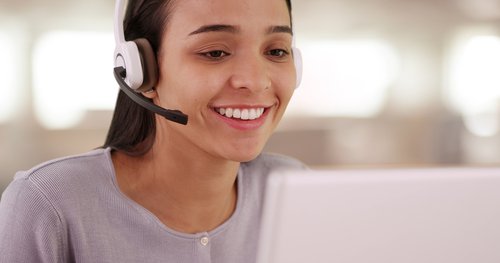 Women are disproportionately employed in the occupations that are highly vulnerable to automation - but that are often overlooked by the media. This high risk work includes clerical roles like secretaries, back office and administrative staff, as well as frontline service jobs such as cashiers and fast food workers. Together, these positions employ a very large percent of women - and the workforce overall. (The Bureau of Labor Statistics report just over 9 million people in male-dominated “production occupations” in 2017, compared to nearly 22 million workers “office and administrative roles”, the vast majority of which are women.)

As a result, we find that female workers in the US are currently employed in jobs that are at higher technical risk for automation than male workers. Looking at the US workforce as a whole, we find that women constitute 54% of workers employed in high risk occupations, despite comprising less than half of the total labor force. These findings directly contradict the prevailing public narrative captured in countless news stories that robots and computers are primarily a threat to men.

At New America, we first discovered this trend through our analysis of automation risk in Phoenix and Indianapolis. In early 2018, we launched our ShiftLabs initiative to engage community leaders across the country around preparing for technological change and the future of work. Participants in our first two ShiftLabs convenings in Phoenix and Indianapolis were surprised to learn from our automation risk analyses that female workers in these regions face a higher risk of automation than male workers. This trend holds true even in our Indianapolis analysis, in a city known for transportation, logistics and other male-dominated blue-collar work -- but where 55% of high risk jobs are held by women.

(2) The boom in high paid tech jobs is leaving women behind. The flip side to the negative narrative of technology displacing jobs is the encouraging growth in high-paid jobs that are explicitly tied to technology. These jobs include fast-growing jobs in data science, artificial intelligence, machine learning specialists, computer programming and positions that we cannot yet imagine today. Women hold just 19% of software developer jobs and 21% of computer programmer jobs. And this is unlikely to change in the short term, given the low rate of STEM graduations for women in higher education today.

(3) As technology changes the demand for skills, the outlook for women is mixed. Computers, robots and artificial intelligence are quickly improving their capacity to handle tasks that humans have historically performed. Yet they have proven ill equipped to replace certain human skills that will become increasingly valuable in the future. The gender implications of these shifting skills and job profiles are mixed. On the one hand, some of the robot-proof skills that will become even more valuable are those that are associated - stereotypically - with women, including empathy, care, and social skills. (See the next point about the rise of care jobs.) On the other hand, roles in management, leadership and advanced cognitive work are much harder to automate than more routine roles, even within the same industry or sector. For instance, a customer service representative or a fast food worker faces a higher risk of automation than does his or her first-line manager, and faces orders of magnitude higher risk than the company’s executive leadership team. Men continue to outnumber women in management positions, especially at the executive level, therefore insulating themselves from the greater automation risk that faces their subordinates. Of course, these gender differences are often based on existing biases, stereotypes, and structural inequities - which need not persist for women, or for men. As CGD’s Charles Kenny points out, confronting social norms, policies and inequalities today may be most impactful to addressing the challenges ahead in the future of work for women.

(4) Women stand to gain in job quantity from future growth in female-dominated occupations in care. However, concerns remain about job quality. As the US population ages, labor economists predict a sharp rise in the number of care-based jobs in the years ahead. Roles like home health aid, for instance, are projected by the Bureau of Labor Statistics to grow 47% by 2026. Women currently constitute 84% of this care workforce. Jobs in female-dominated professions such as childcare (94% women), personal care aids (84% women), and medical assistants (91% women) also stand to grow. 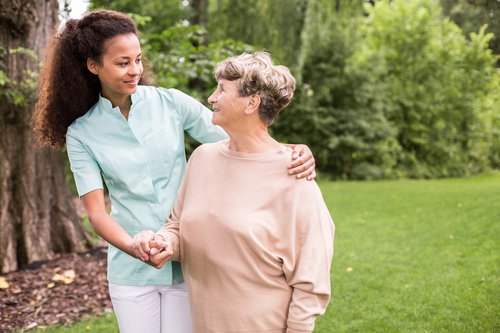 While this growth spells good news from a job numbers perspective for women, the reality is that these jobs are very poorly paid and offer little economic security, stability, legal protections, physical security or upward mobility. Ultimately, the extent to which women - and men - can benefit from this growth with desirable, quality jobs will depend on choices made by policymakers, employers, and society. Continuing the status quo paints a bleak future.

(5) In the “race between education and technology”, women are outperforming men - but disparities remain. Over the last several decades, women have been more resilient in the face of automation than men, thanks in large part to their increased educational attainment. This is because higher education dramatically reduces workers’ exposure to automation. Workers with a BA or higher are far less likely to see their jobs automated than workers with a high school degree or less. (See Claudia Goldin and Lawrence Katz’s excellent book, The Race Between Education and Technology, for a detailed history of this relationship.) As MIT economist David Autor pointed out, automation since the 1980s has contributed to the polarization of the labor market by shrinking the number of middle-paying jobs -- mainly clerical work and manufacturing roles - while increasing the number of jobs at both the low paying and high paying ends. During this period, while the number of clerical jobs contracted, women dramatically increased their rates of postsecondary educational attainment. Buoyed by myriad social and economic factors, the percent of women in the US labor force with a college degree nearly quadrupled since 1970, from 11 percent to 40 percent in 2016. This surge in education propelled many women upwards into higher paid professional positions, offsetting the loss in middle-paying clerical roles that were automated. In contrast, educational attainment rates for men in this period improved much more slowly. As a result, as (predominantly high school-educated) men lost stable jobs in manufacturing, they have primarily been pushed down to lower wage service positions.

Today, women continue to dominate higher education and outnumber men on college campuses. In fall 2018, the National Center for Education Statistics estimates that 11.2 million women will attend a college or university, while just 8.7 million males will attend. Women are significantly more likely than men to hold a bachelor’s degree by the time they turn 29. Yet despite outpacing men in educational attainment, women still earn far less than men. Compared to men, women in school choose less lucrative fields of study, while in the workplace, they work less often in the highest-paying roles. Persistent discrimination means that even women with the same educational credentials and in the same jobs make less than men. Research from my colleagues in New America’s Center for Education and Skills shows that gender inequality persists in non-degree credentials as well - with women paying more for these credentials and earning less.

Why does this matter, and what should we do about it?

Women are far too often invisible from discussions, stories, and policies around the future of work - despite their outsize risk. We cannot plan and develop strategies that serve all Americans if we don’t first acknowledge the ways that women are uniquely impacted by technological change and create strategies and policies that address their specific needs. 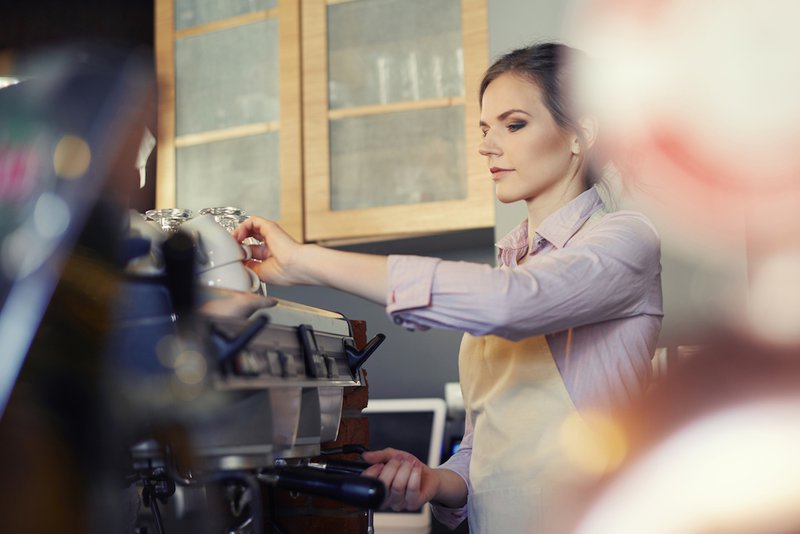 How did we calculate the automation risk facing women workers in the US? In our analysis, we used three sources of data. For automation risk, we used data from a well known 2013 study from two researchers at Oxford, Carl Benedikt Frey and Michael A. Osborn, titled “The Future of Employment: How Susceptible are Jobs to Computerisation?”, which provides a likelihood that computers could technically perform the underlying tasks associated with more than 700 occupations. We defined “high risk” as those occupations with an 85% or higher technical automation potential, which covers the top quartile of all jobs at risk. We mapped this automation risk to the national occupational data from the Bureau of Labor Statistics. Data on gender breakdown of each occupation is from the Current Population Survey.

It is important to note that automation risk is not a probability that a given job will actually be automated. Because a job or task can technically be done by a computer does not mean that it will. A range of legal, logistical, business, financial, political, and social factors could lower the real rate at which businesses and employers adopt technology and automate functions. Moreover, predictions about technology have a relatively high degree of uncertainty. Also, jobs that have some tasks that can technically be automated will not necessarily be displaced. Instead, the nature of many jobs will change—in some cases, dramatically—but will not be eliminated.

Thanks to Natalia González-Alarcón for her excellent research assistance and analysis for this post.