Robots and the Rest: Looking at Indianapolis, Phoenix, and the Future of Work 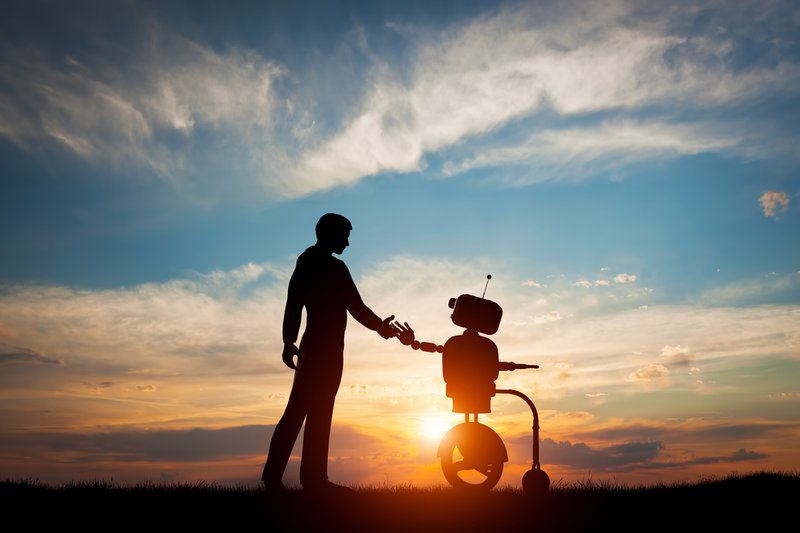 The recent U.S. Conference of Mayors was infiltrated by robots.

Okay, not exactly, but the impact of automation on citizens and cities dominated panels and hallway conversations. It was just the latest in a long list of signs that Americans must wrestle with this issue and we must do it now.

Automation is impacting every resident, big city, and small town, whether we know it yet or not. It’s changing how work gets done, which jobs are available, and what kinds of training and education are required. Automation sometimes conjures visions of robots and replacement...of bleak stories where working class Americans are overshadowed by gadgets. But while preparing for the unprecedented pace at which certain industries are automating is daunting and urgent, talking about artificial intelligence and the future of work actually affords communities several opportunities: the opportunity to reflect on local needs, worker identity, and workforce diversity.

Time invested in grappling with what automation means for working Americans is time well spent in any community. What kind of work will people do in five, ten, and twenty years? Do emerging jobs provide the stability workers expect? What are the best ways to empower workers with skills and opportunity? How will the future of work transform our communities?

New America, with its commitment to finding and elevating stories of American renewal, wants to provide local communities with the space and support to have these critical conversations. Rockefeller Foundation wants to ensure that American workers have the tools and support they need to compete and thrive in a changing world. And so New America and Rockefeller are partnering to bring a ShiftLabs design process to two cities this spring. One is on a Rust Belt rebound, one is among the fastest growing metro areas. Both have changing demographics and vital communities of color. Both have humble industry leaders and countless stories of innovative human-centered approaches to American Renewal. ShiftLabs is coming to Indianapolis and Phoenix.

ShiftLabs are a community engagement and design process, meant to result in (1) an exchange of best practices within and across communities and (2) a series of pilot programs or new structures to address residents, employers, and community needs as more industries computerize and automate more processes. The Labs are an extension of the 2017 Shift Commission, a joint effort by New America and Bloomberg to examine the impact of automation and artificial intelligence on work.

A community engagement process: Finding and partnering with local leaders, workers, and those already working on preparing their home communities for increased automation.

A design convening: New America will use data-driven analysis to identify automation trends and identify regional strengths. The convenings will support local leaders in developing priorities to use these data to prepare for automation and pathways to achieve those goals.

A commitment to scaling what works: As the pilots are implemented, New America will work to surface, support and expand the most successful local innovations.

Why Indy and Phoenix?

New America knows that good ideas aren’t confined to its home turf of Washington, D.C. In fact, New America believes that innovative work that could inform policy and improve lives is happening all over the country, but that national audiences don’t always hear the local stories they need to in order to share and spread innovation. And so New America launched a local presence in several American cities (staffed by local residents), most recently Indianapolis and Phoenix. Rockefeller Foundation is similarly committed to understanding and changing the experiences of the American dream across many different kinds of American communities.

The Circle City isn’t tiny—about 800,000 residents in the city proper, with nearly 2 million in the metro area as a whole—and it isn’t without signature industries, from pharmaceutical giants (Eli Lilly) to corporate and amateur sports (NCAA headquarters, motorsports galore). But not everyone thinks of Indy as being on the bleeding edge...unless you’re talking about the impact and opportunity presented by automation. While better known for “eds and meds” or even for the recent uptick in tech jobs with the arrival of Salesforce and energetic start-up scene, Indianapolis and Indiana are dominated by the logistics, business services and commercial transport sectors...sectors that have already faced down the opportunities and pitfalls of accelerated automation. Local government, health and human services providers, workforce leaders, unions, educators, and employers in Indiana have already had to have hard conversations about how real lives are impacted when more jobs are automated. There is a lot Indiana has gotten right and a lot to learn. Indy has insight to share and planning to do and ShiftLabs makes room for just that.

Bringing ShiftLabs to Indy affords the city—and the countless local individuals and organizations focused on innovation and the future of work—the space and resources to amplify the message that the way we work, the pathways to work, and the jobs available to us are changing faster than ever before. To enrich the process—and knowing that Indianapolis is only one story in the state—the Labs process will also involve leaders from South Bend, Columbus, and other Indiana communities doing innovative work to prepare for the future.

We know that many/most industries will be inexorably impacted by innovation and automation; ShiftLabs will shine a national spotlight on Indianapolis leaders so that they can reach and work with residents, educators and business owners who have been excluded from a national dialogue on their futures...people who don’t always find themselves working together, often for lack of opportunity and space.

ShiftLabs Indy will call on employers, workers, faith leaders, and educators to think about the impact of today’s decisions on tomorrow’s workers: are you encouraging the neighbor’s kid to enter an industry likely to look entirely different in 20 years? Are you asking a working mom to recommit to a new job that is projected to disappear before her kids are college-age? These are not doomsday scenarios unless we ignore them. And no one knows that better than Hoosiers, where robotics and changes to the manufacturing floor haven’t necessarily meant lost jobs or lost workers...when we get ahead of it. ShiftLabs draws attention to these lessons that Hoosier leaders have already gleaned from responding to automation, to worker displacement at places like Carrier or Rexnord, and to the social backdrop workers and employers face (opioid crises, poverty, public transit, childcare).

So many local leaders are doing great work to plan for and prepare a workforce for 2020...even 2040. But the day-to-day demands of operations and fundraising don’t always leave adequate time or space to ensure that all players work in concert and can address race, income and equity. And these local leaders certainly aren’t being heard by all of the communities across the U.S. that could benefit from their example, or vice versa.

A microcosm of so many cities where jobs are growing, and changing, simultaneously, the Phoenix area is going to be a place where we will see the effects of automation play out in real time and where we can record and redirect that progress as we learn. Decisions made by businesses, elected officials, and community leaders now will determine whether the gains made by automation will be spread evenly among Arizonans, or whether they expand a sprawling wealth and opportunity gap.

Two-thousand people stream into the Phoenix area every week, seeking employment in a region where jobs emerge, day after day, and the cost of living remains one of the lowest in the United States. Arizona's tech sector is also booming. New start-ups bring (and keep) university graduates who are excited about the possibility of building something new. Large technology companies and autonomous vehicle companies have also built large campuses here to take advantage of the abundant space and regulatory environment.

ShiftLabs Phoenix will bring together voices that are not always around the same table to share information about what is already underway and, create new ideas about how we can ensure automation brings new opportunities to a broad swath of Phoenix.

In Indy and in Phoenix, the ShiftLabs event is more than a conference. A two-day in-depth working group will be flanked and followed by local programs throughout the year: tours of local innovative operations, storytelling about local workers and employers, public conversations about what we know is coming as automation accelerates...and what we still need to learn. The arrival of ShiftLabs in these two cities is not meant to be “one and done,” but to expand the conversations to cities and towns across the U.S. and spread innovations to ensure that more Americans--across race, income, age and gender--are ready for the future of work.

Phoenix and Indy ShiftLabs programming begins in March, with conversations, cocktail hours, walking tours, and even art installations. Keep your eye on our ShiftLab leaders on Twitter at @mollygmartin (Indy) and @meganegarcia (Phoenix), and join in the conversation by tweeting us at the handles above and tagging #shiftlabs.