Why Work for Welfare Doesn't Work 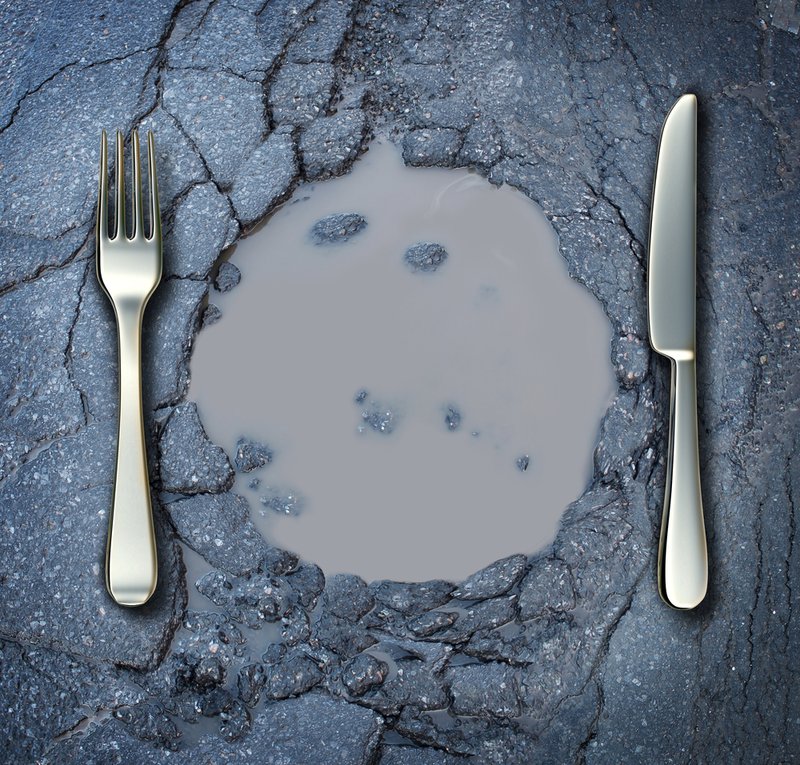 “Hi, you’ve reached Just Harvest, this is ——— speaking, how may I help you today?”

Variations of this refrain were basically background noise in the Pittsburgh office of the anti-hunger nonprofit where, until recently, I worked as an Emerson National Hunger Fellow. They were background noise until, both slowly and suddenly, they weren’t.

As fall turned into winter, I was increasingly the recipient of the calls, as it was my job to try to make sense of the return of a food stamps policy that was confusing thousands in Pittsburgh’s Allegheny County as well as across the country. And while, in answering these calls, I learned a lot about policy exemptions and reporting requirements, my biggest takeaway was how American policy views its welfare recipients, and what it expects from them: namely, work.

Last week, on April 1, hundreds of thousands of childless Supplemental Nutrition Assistance Program (SNAP, or “food stamps”) recipients were cut off from their benefits. Childless adults without disabilities—or “able-bodied adults without dependents,” ABAWDs—are limited to receiving food stamps for just three months in a three-year period, unless they are working at least 20 hours a week.

This provision has actually not been seen by much of the country for the past several years due to high unemployment rates, which allow states to receive geographic waivers of the rule for specific areas. But since unemployment is falling, 22 states saw the policy come back this January.

The orientation of public assistance around work is a long-held vestige of how we assign responsibility for one’s poverty. There are, we think, those who are “deserving of assistance”—children, the elderly, people with disabilities—and those who are not: the able-bodied poor, or really, those who are expected to work. This is not a new idea in America: Cotton Mather (Puritan minister circa 1700) summed up this view quite succinctly when he wrote, “For those who indulge themselves in idleness, the express command of God unto us is, that we should let them starve.”

This way of thinking continues today, and it informs our policy. Perhaps invoking the ghost of Cotton Mather, Rep. Steve Southerland of Florida once told a woman who was at risk of losing her food assistance, “I believe that if you are going to eat, you should bring something to the table.”

But this view is making an assumption about what it’s like to be poor in America, and this assumption does not match up with the reality of poverty and work. The reality is that people experiencing chronic poverty (the average income of a person affected by the ABAWD rule is 17 percent of the poverty line) are often not the most employable because of the symptoms of poverty that wreak havoc on their lives: In my time in Pittsburgh, I encountered clients hampered by lack of adequate access to transportation, lack of education or employable skills, criminal records, homelessness, and limited language skills.

But it isn’t only that our societal stigma against people in poverty informs our policies and punishes poor people; our policies are actively working against the ultimate goal of self-sufficiency by not providing the grounding for people to gain skills and find employment.

States have no obligation to support individuals affected by the ABAWD policy through work training program placements. Hungry individuals are left to find their own employment when they are already suffering from hunger, which increases susceptibility to disease, limits concentration and focus, and causes severe stress. And since job search alone does not count as a work activity, those who are actively looking for work may also suffer under the ABAWD policy.

This blatant disregard for what it’s like to be poor continues in the communication between the government and those on public assistance. Thanks to the Pennsylvania budget impasse, the PA Department of Human Services (DHS) didn’t have the allocated funds to send out advance notice of the policy change. So it was up to DHS’ “community partners,” like Just Harvest, to spread the word in the interim. When the state’s notice finally did come out, merely three weeks before the three-month clock was about to start, a friend who worked at an anti-hunger nonprofit herself asked me what her two-sentence notice meant. The disconnect between policy, government workers, and the people affected by poverty would be laughable, if we weren’t talking about people literally about to lose access to food.

The larger issue is this: Work-centered policies like the ABAWD policy validate the idea that people who receive welfare benefits do so because they prefer “a handout” to working for themselves. In fact, most welfare recipients prefer work to receiving aid from the government or their family. And, in actuality, many (if not most) people who will be affected by the ABAWD rule are probably already working—just not in a way that satisfies the USDA’s Food and Nutrition Service. Remember, this rule punishes people who aren’t working at least 20 hours per week, which means that an employee who works 15 hours a week is not exempt. And reporting requirements are so complex that seasonal workers and workers who are paid nontraditionally (such as caregivers) may have difficulty proving that they are working.

But the problem isn’t that most SNAP recipients, contrary to popular belief, are already working—it’s that there’s a public perception that they’re not, and that that perception is mirrored in our policies. Welfare stigma makes it easier to enact policies that hurt the poor, when public opinion is distorted to believe that welfare recipients are lazy, drug-addicted criminals. Again, these policies don’t match the real struggles of low-income families, or the evidence. American welfare policies use work requirements as means to push people off of assistance, instead of alleviating the barriers that make it so hard for people to find work in the first place—that’s perhaps the biggest problem of all.

Hunger isn’t an incentive to work; it’s a barrier to work. The purpose of public assistance programs should be to help people overcome the multitude of barriers that exist in their lives, not to hurt them by setting up new ones. But we can’t do that until we recognize that those barriers are there, and that our perceptions and policies based on stigma and stereotypes are keeping them there for much more than three months every three years.