Why Women Still Hold a Measly Number of Board Seats 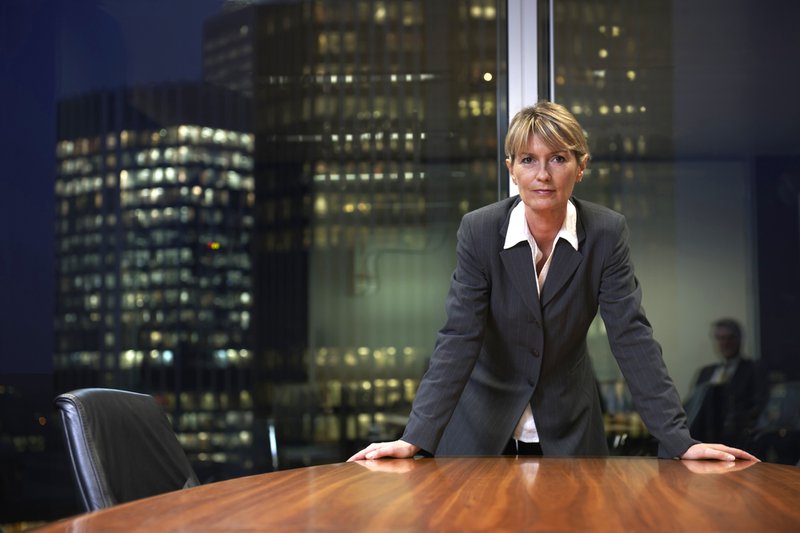 “Companies with women on the board perform better, report finds,” read the headline in The Guardian.

“Female board members are good for business,” pronounced the New York Times.

You get the idea. For the last decade, pressure has mounted for company board of directors to appoint more women—but not enough to actually get more women on boards. In 2005, women comprised 15 percent of board members of large U.S. companies; today the number remains below 20 percent. Last month, Representative Carolyn B. Maloney introduced new legislation to require firms to disclose their boards’ gender composition and strategies to improve women’s representation, to nudge decision makers to think about whom they’re appointing, particularly since 47 percent of the labor force and 51 percent of management and professional jobs are held by females.

Perhaps they should instead think about how they’re thinking. Because their current method is precisely why, despite whatever the headlines say, the number of women serving on boards is likely to remain measly for a long time.

In a paper forthcoming in the Industrial and Labor Relations Review, Catherine H. Tinsley, professor of management at Georgetown's McDonough School of Business, and colleagues report on their study of 3,000 U.S. publicly traded firms from 2002-2011. They find that a woman is most likely to be appointed to a corporate board when another woman exits the board. Women, in other words, remain stuck in token numbers on boards of directors because decision makers use a cognitive process known as “gender matching.” The researchers argue that this is an underestimated, unconscious bias (they prefer the word heuristic), and that it guides decision-makers’ thinking. The departing person’s gender is the salient cue for selection of her (or his) replacement.

The authors explain that decision makers often perform poorly on cognitive tasks, including boardroom matters such as executive pay decisions and director selection. People match surface features rather than using a deeper logic. They take mental short-cuts when selecting personnel and they are likely unaware of how much particular cues, such as gender, influence their judgments. Tinsley and her co-authors describe how other studies also document this phenomenon in hiring, pay, and promotion decisions. Using ten times as many firms as an older study of Fortune 500 firms from 1990 to 1999, they conclude that “gender matching can be a mechanism by which people can attend to gender and not increase gender parity on corporate boards.” Further, according to the authors, gender matching to fill open board seats “can be a safe way of attending to gender without committing too much effort.” It also allows boards to signal that they are conforming to the prevailing norm of progress toward greater gender diversity, without disrupting cordial relations among board members.

Of course, this is problematic. For decades researchers have shown the deleterious effects of tokenism versus the benefits of greater numbers of women. As scholars at the Wellesley Centers for Women summarize:

"The magic seems to occur when three or more women serve on a board together. Suddenly having women in the room becomes a normal state of affairs. No longer does any one woman represent the ‘woman’s point of view,’ because the women express different views and often disagree with each other. Women start being treated as individuals with different personalities, styles, and interests. Women’s tendencies to be more collaborative but also to be more active in asking questions and raising different issues start to become the boardroom norm. We find that having three or more women on a board can create a critical mass where women are no longer seen as outsiders and are able to influence the content and process of board discussions more substantially."

How, then, to get to three or more women on a board? Tinsley’s study tests two solutions. The first involves intervening in a decision maker’s thinking process, or their biased matching heuristic. The researchers remind participants in a lab study that it is urgent to select a female candidate because of the desire to include diverse perspectives on the board, and because the current board has very few women. But this intervention had no significant effect. What worked was the second solution: When decision makers were offered selection pools with greater numbers of female candidates, gender matching still occurred, but some additional women were selected.

Even well-meaning members of boards of directors decide under the influence of the matching heuristic who will replace whom—that is, appointing a woman only when another leaves. Knowing this ahead of time, boards would be wise to consult their headhunters, networks, and ranks to identify ample female candidates for vacant board seats. That will help them counter-balance this tendency in their thinking. And maybe even help them heed the headlines.