Why the Housing Situation in San Francisco Got a (Proposition) F 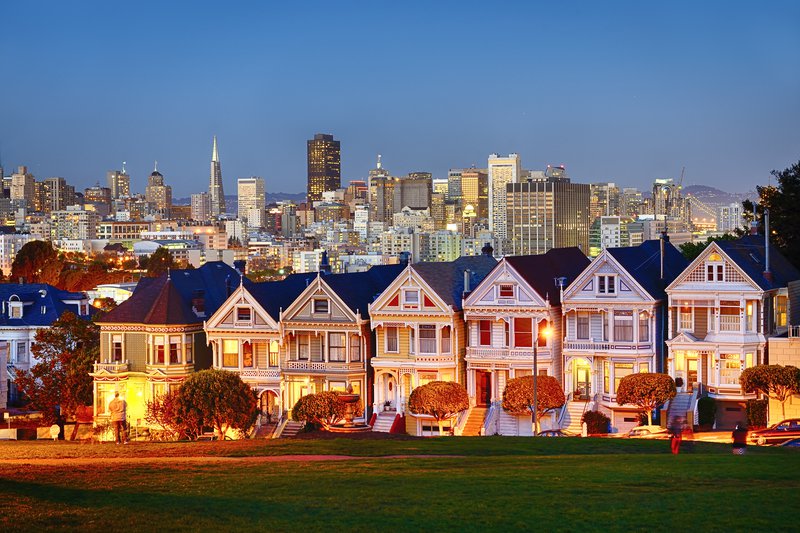 The summer I lived in San Francisco, my two roommates and I won the craigslist lottery. It was 2013, and we scored a sublet of a rent-controlled Victorian in the heart of the Mission District. We were granted our apartment on a unique set of terms: None of us were working in tech. Our landlord, in a personal act of resistance to gentrification, rejected any potential subletters who said they would be interning for Google, Facebook, or any of their startup ilk.

My roommates and I stayed for 72 days, which would fall just under the proposed limits on short-term rentals put forth by the so-called “Airbnb Law,” or Proposition F. Prop F would have placed stricter regulations on companies like Airbnb, requiring that they both register their hosts with the city and help to enforce a 75-day per year limit on short-term rentals. San Francisco voted to reject Proposition F yesterday. However, the tensions over the proposed law highlighted the depth of the relationship between the tech sector and competition for space in San Francisco. Those tensions were not voted down.

The story starts not with tech, but with housing. With one-bedroom apartment rents now clocking upwards of $2700 per month, San Francisco is in the midst of an extraordinary housing crisis—while the housing supply in San Francisco has been falling behind demand for years, and the situation is getting dire.

Eviction rates have steadily increased over the past five years, and San Francisco’s Chief Economist Ted Egan recently estimated that the City would have to add around 100,000 new units to see a meaningful increase in affordability. According to the 2014 Housing Inventory, published by the San Francisco Department of Planning, there are currently 379,587 total housing units in the city. Just 3,454 new units were added in 2014, but this <1 percent rise nonetheless represents a 48 percent increase over 2013 totals, and 73 percent increase over the 10-year average. Of the new units created in 2014, only 757 were for affordable housing.

The failures of the city’s housing policies stem from a number of multifaceted problems that confound even the best planning minds. In the words of technology journalist Kim-Mai Cutler, who authored a comprehensive 2014 article about the Bay Area housing crisis, “There are myriad reasons for the Bay Area housing crisis, from restrictive zoning to overseas capital flows to a rapidly widening income distribution that is making it hard for lower- and middle-income to keep up with housing costs.”

San Francisco has historically taken a conservative approach to growth, and policies have been layered on over the years in various efforts to balance demand with competing concerns for affordable housing, neighborhood stabilization, etc. In many cases, the conservative growth policies that have slowed new development in the city and limited overall supply were installed through past efforts of preservationist and stabilization movements facing previous waves of gentrification. Proposition 13, a California law passed in the 1970s, also confounds housing policy in the Bay Area by creating enormous discrepancies in property taxes.

But it’s been in recent years that the flow of technology money into San Francisco has perhaps pushed this system past its breaking point. Demographic shifts have led both technology firms and their employees to move towards the urban core, up from the southern suburbs of Silicon Valley.

The Internet has made San Francisco the epicenter of the global tech economy, and the city experienced some of the highest rates of job growth in the US between 2010 and 2014. It has also wrought a terrible housing shortage, increased the cost of living, and contributed to increases in inequality, all of which has spurred widespread resentment of the tech industry across the Bay Area. (For its part, Airbnb, which allegedly spent over 8 million dollars in its attempt to defeat the bill, did not win any hearts or minds with the tasteless advertisements it ran earlier this October in advance of the Prop F vote.)

Because not nearly enough units have been added to compensate for this influx of people and money, and in a classic problem of supply and demand, property costs have skyrocketed, as have the rents and competition for available units. Laws like the Ellis Act, which gives landlords “the unconditional right” to evict all tenants, make those reliant on rent-controlled or affordable housing even more vulnerable to being pushed out of the city altogether. Neighborhoods like Chinatown and the Mission District, which are centrally located but traditionally populated by low-income minority communities, have served as ground zero in the housing fights.

This brings us back to Prop F. Proponents of the law argued that, in such a tight housing market, anything that removes available units from the housing market can be seen as a detriment. In an investigative series on Airbnb’s impact on the city, The San Francisco Chronicle found that least 350 homes were removed from the market as a consequence of the company’s operations. Cutler, writing on Proposition F yesterday, noted that these estimates vary depending on who is talking. An official study commissioned by the city placed that figure higher (925 to 1,960 units), and Airbnb has stated that 348 houses and apartments, or 1.14 percent of the city’s vacant housing units, are acting as full-time rentals.

However, while San Francisco’s housing crisis has been exacerbated in multiple dimensions by tech industry growth, the use of Airbnb to provide short-term rentals is just a small subset of the larger housing issues present in the Bay Area. Proposition F would not have fixed much about the Bay Area housing crisis; if anything, it may have created more harm.

The key element of Proposition F was a strengthened enforcement mechanism for the 75-day rental caps. Furthermore, the enforcement measures would have also allowed individuals or groups to sue short term rental hosts, even if the city has determined that no violation has occurred. In a city where tensions over housing and gentrification have already gotten ugly, this would have likely thrown open the floodgates for expensive and unproductive litigation that would cost both the city and individuals millions.

Similarly, Proposition F did not distinguish between hosted and un-hosted stays. From a housing policy perspective, hosted stays–when the owner of the property is present–likely have a very different footprint from those that are not hosted. In a hosted scenario, it may be more likely that hosting on Airbnb might actually help an individual stay in their home, by giving them the opportunity to turn a spare bedroom or couch into a new income flow. This is, in fact, the Airbnb origin story: The company was founded in 2008 when two guys started subletting their living room in order to help make rent.

The housing solutions proposed by Proposition F took an approach akin to tackling a pollution problem far downstream of the actual contamination site. While it may have vindicated some angry residents and may have even caused a marginal change in housing unit numbers, it would not have addressed the core issues of widespread housing unavailability and rising costs in San Francisco. It would have hurt in cases where city residents were attempting to use platforms like Airbnb to mitigate rising housing costs. Finally, Proposition F, if passed, could only have be amended by difficult ballot process, explains SPUR, a San Francisco-based public interest organization that focuses on planning issues. This would have made for bad policy; a flawed law would have been calcified into city law.

The heavy-handed approach of Proposition F would have undercut what is arguably a local business that enables local business—all while while the impact of room-shares or short-term rentals on long-term housing availability is still unclear. Like many other issues created by networked technologies and economies, Airbnb and similar platforms represent emerging policy areas that will likely evolve considerably in the next few years.

While there will be no easy fixes for the housing imbroglio of San Francisco, but tech, the city, and longstanding San Francisco communities will all need to move beyond adversarial relationships of threat and resistance if there is any real hope for the development of a long-term, sustainable planning strategy. After all, “the people of San Francisco” include all these groups: tech workers and yuppies, working-class residents and immigrant communities, middle class families and senior citizens, and yes, even people who use Airbnb.