Who Has the Luxury to Fail? 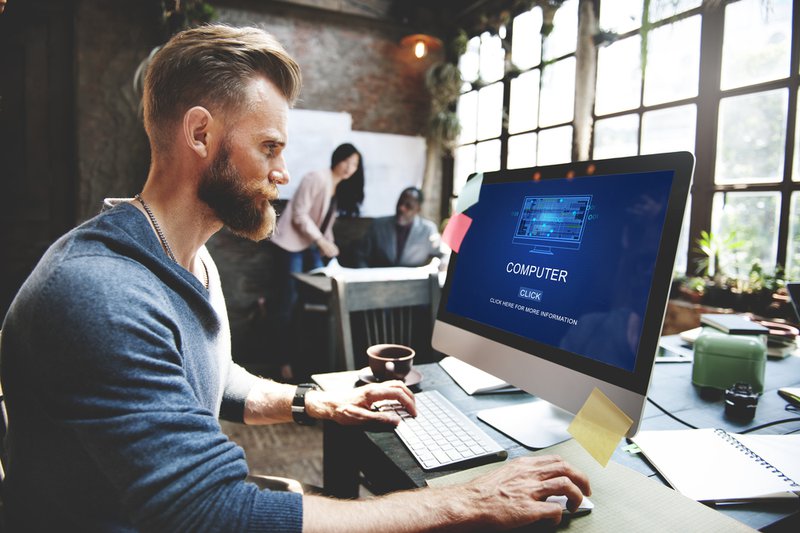 HBO’s hit series Silicon Valley follows a group of engineers as they navigate the uncertain terrain of launching a startup in the eponymous tech mecca. In part, the show does well because it offers clever, absurdist commentary on Palo Alto work culture, like listing “crushed it” as an accomplishment on a resume. But its popularity, like many of Mike Judge’s works, may rest more upon the balance the show strikes between its humor and an earnest, fairly universal theme: The desire for an ownership stake in meaningful work. This is an inclination with which workers across geography and industry divides can relate, even if, unlike those in the fictional and real-life Silicon Valley, they are unable to pursue it.

For people who have the capacity, this aspiration can lead them to strike out on their own and found a new company, which, in turn, may have collective benefits. Often referred to as the engine of the economy, new businesses create 1.5 million jobs per year, accounting for nearly all new job creation and 20 percent of gross job creation. They also play an important role fostering innovation and dynamism, as new firms generate market disruptions, competition, and industry renewal; and, ultimately, startups give way to economic growth. But, as chronicled in Silicon Valley, starting up tends to require an individual actor, or entrepreneur, for whom the new venture can be risky. Indeed, nine in ten new businesses fail in five years.

Founders of successful companies, having beaten the odds, are often lauded as visionaries and pioneers. In fact, this narrative—that of the entrepreneur risking it all for societal progress—is an integral part of the tech industry’s collective imagination. And the successful small business owner is at the center of America’s “rags-to-riches” mythology. But, what if, contrary to popular belief, most entrepreneurs aren't actually assuming that much risk, at least not much more than a fairly sizable share of the overall population might be able tolerate under similar circumstances?

This is not to say that entrepreneurs with an outsized capacity for risk are nonexistent. After all, Elon Musk has plans to colonize Mars. But research suggests that, as a group, their ability to bet on a blockbuster idea may be less related to intrinsic qualities than it is to their access to a safety net—family money, inheritance, education, and network connections, all of which ensure their basic needs are provided. Such privileges may not be afforded to would-be founders on lower rungs of the socioeconomic ladder, for whom risk aversion may be common sense self-preservation.

Like most entrepreneurs, the characters in Silicon Valley have myriad economic advantages that mitigate the amount of personal risk they assume. Significantly, they have career options. If the startup tanks, they can always fall back on lucrative careers coding for established companies. But most households don’t have six-figure salaries waiting in the wings. They also have the financial liquidity to forgo their incomes for an extended period of time as the company becomes profitable. This is a privilege that few Americans share. A mere 39 percent of households have enough savings to cover their expenses for three months if they were to lose their income source. For households of color, the share of families that couldn’t survive for three months on their financial assets is 63 percent. Meanwhile, most Millennials wouldn’t be able to stretch their savings for one full month.

Without a viable safety net, many would-be entrepreneurs are in a poor position to strike out on their own. Unfortunately, those who do have the financial resources to meaningfully engage in entrepreneurship tend to be highly unrepresentative of the larger population: They’re disproportionately white (84 percent), male (72 percent), and from higher-income families. This imbalance has significant economic consequences. The racial gap in privately held firms has cost the economy nine million jobs and $300 billion in income. Worse, these figures only scratch the surface of the problem, excluding the impact of gender and class gaps.

As wealth inequality widens and the annual startup rate declines, it’s imperative that policymakers take steps to level the playing field. A good place to start would be to make entrepreneurship less financially hazardous for those without personal safety nets. If some risk were attenuated, it might induce more business formation. This, at least, is the Kauffman Foundation’s hypothesis in its 2016 paper: “Social Insurance and Removing the Hurdles to Entrepreneurship”, which makes the case for “strengthen[ing] social insurance programs to even out potential entrepreneurs’ risk-reward calculus.”

Supporting this idea, Gareth Olds of Harvard Business School found “[a] definitive link between an increase in access to government assistance programs and an increase in new company formation.” According to his research, the State Children's Health Insurance Program (SCHIP), which provides health insurance to uninsured children in moderate-income homes, increased the rate of new firm creation by 13 percent among qualifying households. A similarly positive effect on entrepreneurship was found to be related to increased access to the Supplemental Nutrition Assistance Program (SNAP), as loosened eligibility requirements for SNAP in the mid-2000s were associated with a 20 percent increase in the number of newly-qualifying households likely to include an entrepreneur.

Savings that can act as a personal safety net may have similar effects. But most policies that promote savings target those who least need the help, while households at the bottom of the income spectrum are denied public assistance for accumulating even meager savings. To enable disadvantaged households to build assets that they can leverage to pursue their aspirations, Congress needs to remove savings caps in public assistance programs. Beyond simply not penalizing families for saving, legislation should incentivize in this sound financial behavior through refundable tax credits for low- and moderate-income households. Pilot projects have shown such monetary incentives to be an effective method for raising the savings rates of target populations. SaveUSA, for example, offered a 50 percent match to low- and moderate-income households who saved a portion of their tax refunds for six months. According to researchers, “[the initiative] increased the percentage of individuals with any nonretirement savings by almost 8 percentage points and had increased the average total amount of savings held by $522, or 30 percent, above the average for the group that did not have access to a SaveUSA account.”

Policymakers should also consider what can be done to pave the way for innovative models that help workers gain an ownership stake in the present places they are employed. Recently, Greek yogurt maker Chobani garnered national attention for granting 10 percent of the company’s value to its full-time employees. These workers are expected to receive an average of $150,000 each when Chobani goes public or is sold. While this announcement is highly unusual (and would likely be met by stakeholder resistance if the company were public), it cast light on a growing trend that has the potential to combat stagnant wages and help workers build wealth. Increasingly, companies are turning their employees into owners through employee stock option plans (ESOPs), trusts for employees into which the companies contribute annually. This is good news for workers, as research has estimated that ESOP participants make 5-12 percent more in wages and accumulate nearly three times the retirement assets as workers in similar non-ESOP companies. While there are already 7,000 ESOPS covering approximately 1.5 million workers—including some that own well-known companies like Publix Super Markets and W.L. Gore—their rate of growth is expected to pick up as more Baby Boomers retire.

Expanding ownership would ensure potential is not wasted at the bottom, which may cost the country more than jobs, income, and wealth. It could cost us our next big innovation. The most inventive people aren’t necessarily the ones with the most familial wealth, but that’s who has the luxury (which is what it is) of starting a business that could fail. If more people had the means to bet on good ideas, the solutions of tomorrow might be a better fit for the diverse set of people who will inherit them. A lot can be done to expand the entrepreneurial talent pool and help more people attain an ownership stake in their work—it’s time more people can say they “crushed it.”