Where Is Your 'Third Place'? 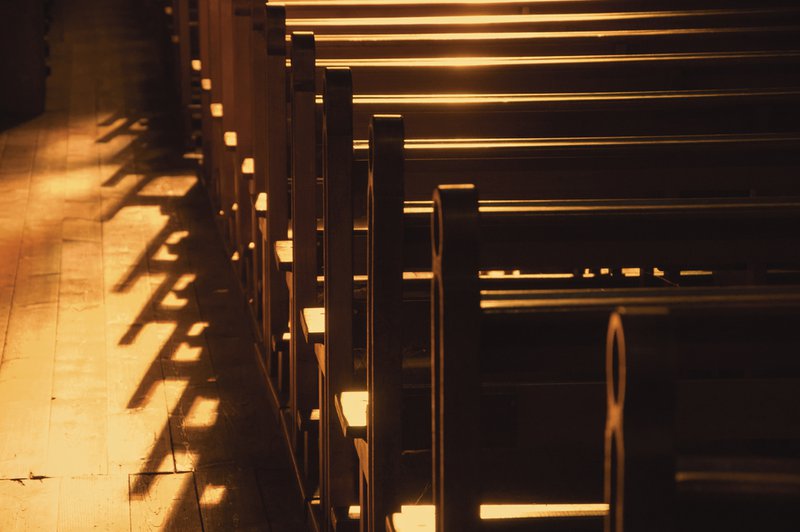 Religion is everywhere in America: from the Declaration of Independence, to George Washington's Farewell Address, to Ten Commandments monuments on display in public buildings, to politicians discussing their religious beliefs on the campaign trail, to today’s ever-raging “culture wars.”

But while the idea of religion is still extremely powerful, ubiquitous, and intertwined with conceptions of what it means to be American, the reality of the role religion plays in American society is changing: The percentage of Americans who identify as religious has been on a consistent decline, and the “nones”—those who are religiously unaffiliated—make up almost a quarter of the American population.

This decline in religiosity has meant that fewer Americans go to church. That’s worrying—not because people should necessarily believe in God, but because Americans’ atrophying church attendance means that one of the oldest spaces where Americans have been able to to engage with other members of their community, and even fight for various causes, doesn’t have the same resonance it once did.

Churches are an example of what urban sociologist Ray Oldenburg calls a “third place.” Third places are spaces where people spend time between their first and second places—home and work, respectively. Third places serve as community builders. This means that they’re locations where, in the case of churches, people can share their worries, rejoice, and renew together.

But beyond the more obvious, easily identified, and more religion-oriented roles churches play, their existence serves a vital, and arguably inimitable, social and civic function.

Similar to unions, local chapters of political parties, and alumni associations, churches are civic institutions, albeit not directly linked to government or governance issues. They’re forums where individuals feel safe and able to share their problems with their broader communities. Churches also have long been spaces where members of minority groups have gathered and felt welcomed. During the Civil Rights Movement of the 1960s, for instance, African-American churches played innumerable roles as safe havens and organizing hubs. This isn’t to say, of course, that churches haven’t also been used to exclude some of these same minority groups, particularly when it comes to same-sex relationships and so-called “religious liberty” laws. Today, however, many religious places have steadily transformed into areas where refugees, immigrants, and LGBTQ groups have been able to find compassion, not to mention financial and spiritual help.

But as Americans attend church less and less, churches are forced to adapt to a new reality. Take Chicago, where the Roman Catholic Archdiocese will be closing up to 100 churches in the next 14 years. There’s also Baltimore, where Govans Presbyterian Church and Brown Memorial Woodbrook Presbyterian Church will merge before the end of the year, in an attempt to manage stagnating attendance, rising costs, and a shrinking  population of Christians to draw from.

That matters, or at least it ought to. Churches, as third places, provide a relaxed and “low-stakes” atmosphere, and they foster trust between members of communities—and in the public institutions so fundamental to a strong and resilient democracy. Political science scholars have long bemoaned the consequences weak and declining civic institutions have on the health of a democracy. Alexis de Tocqueville, one of the greatest scholars of American democracy, believed that religion, as a political institution and voluntary civic association, was key to the preservation of freedom in a democratic society.

That’s because voluntary civic associations, by virtue of bringing people together, can cultivate trust among individuals and create “civic capital.” According to David Davenport, of the Hoover Institute, and Hanna Skandera, former secretary of education of New Mexico, “civic associations can serve as a kind of buffer or intermediary between individuals and public institutions. They provide citizens with an opportunity to give freely and generously, beyond both the obligations of law and the market’s narrower interest in profit.”

To be clear, the decline in churchgoing doesn’t mean that Americans are becoming “worse” people. In fact, a growing share of Americans say that it’s not necessary to believe in God to be moral. What’s more, this isn’t a phenomenon unique to the United States; rather, the secularization of civilization is happening in many other places across the planet. Yet American society, especially, seems to be struggling to establish other institutions that might fill the same “civic space” that churches have historically occupied. Or in other words, no other institution today appears to have same clout that churches do—or used to.

So is there any hope for reviving the church’s function as a third place?

While the Internet and social media are usually praised for their ability to connect people, and while they’ve seen a not-insignificant amount of success when it comes to organizing, social media isn’t social. It can, all too often, deepen divisions in society and fuel isolation. As Rabbi David Wolpe points out in Time, “The decline in attendance at churches and synagogues is sad for those of us who care for religion, of course. But it is also sad to see the waning of one of the last great institutions that brings people together. Yes, the synagogue is full of problems and politics, but that is just another way of saying it is full of people.”

Hickman suggests that policymakers can foster the growth and maintenance of third places if they “ensure that neighborhoods are well lit so that residents can visit third places after dark; provide support to local groups (in the form of subsidized rents and advice) to encourage them to occupy empty retail units; ensure that recreational areas are well maintained and managed; and support community centers.”

Whether these kinds of efforts will truly be enough to make up for the diminishing civic role that churches play in American communities remains to be seen. As third places, churches fulfill important social and civic functions, providing a sense of community and belonging, as opposed to self-segregated enclaves. In these times of dizzyingly deep division, American communities could surely benefit from more spaces like that.