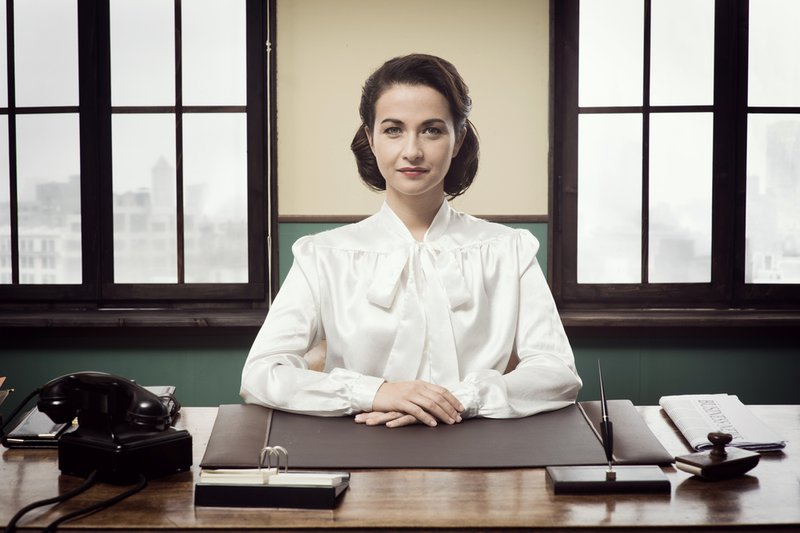 “Everywhere, children of working parents are being left without adequate supervision or restraint”—because their parents (or, more to the point, their mothers) are working instead of staying home to care for them. Left to their own devices, so goes this theory, children are sure to do things like set fires and play in traffic.

If you’re thinking that sounds like a throwback attitude from the 1950s, you’d be right. The quote and the images come from the  “Modern Woman: The Lost Sex,” a government-funded newsreel designed to encourage all the women who entered the workforce during the Second World War to return to the domestic sphere.

Yet while the days of propaganda in black-and-white are behind us, the question of how government should or should not provide support to working families is more urgent than ever. Sixty percent of families do not have a stay-at-home parent, and almost 70 percent of mothers and over 90 percent of fathers are in the workforce. Today, many of those women and men are pushing for more progressive workplace policies—paid family leave, paid sick leave, a higher minimum wage and flexible working arrangements. Where can they turn for inspiration?

It may seem counterintuitive, but they can start by looking just a bit further back than the 1950s—to the Defense Housing and Community Facilities and Services Act of 1940, known popularly as the Lanham Act. Passed to fund public works in communities with defense industries, the law funded universal and affordable care for children under 12 for up to six days a week at centers that provided a low student-teacher ratio, meals, and enrichment activities.

The message that “we’ve done this before”—that is, develop systems of government and business support for women and working families—hits home for Shuler, who is the first woman in her position and the youngest officer ever to sit on the AFL-CIO’s executive council. “Unions have done this before,” she emphasized. “We’ve been able to provide workers the support to have flexible jobs that still have benefits.” Because the AFL-CIO’s membership straddles multiple sectors of the economy—from plumbers to professional athletes to teachers—“we really have a window into work,” she noted. She added that despite unions’ reputation as being male-dominated spaces, “We often say that collective bargaining is the best way to get pay equity for women.”

Facing all-time lows in membership and the expansion of the gig economy, however, Shuler also acknowledged that as much as the labor movement should look back to lessons of the past, it should also embrace the future. “Whether you’re working at a tattoo parlor or at Gawker, anyone can, in theory, join a union. It’s a matter of making a union fit the way you work and the way your workplace functions. And I think that something we need to do in the labor movement is look in the mirror a little bit, because we’ve had a traditional mindset for how unions should operate. And as the economy is changing and as the workplace is changing, we need to think about how we can be more relevant to workers today,” such as by bargaining for things like severance pay for workers who aren’t expecting to be at a company for decades.

Shuler also pointed to the AFL-CIO’s Next Up campaign to engage millennial workers and cited the AFL-CIO’s efforts to get more involved in the tech sector in Silicon Valley. For Shuler, another teachable example from labor history that applies to the growing gig economy is the guild model for seasonal work and portable benefits. “The work ebbs and flows, but you need a consistent way to deliver that safety net for working people,” she said. “Labor and management come together, they form a fund or a labor management trust to deliver” benefits like healthcare, pensions, and “more certainty around work and how it’s delivered.” It’s working now, Schuler pointed out, in industries like construction and entertainment. “So can we use that as a model for an Uber driver?”

A potential coalition between the tech industry and unions would be one way for both the gig economy and the labor movement to thrive, observed Slaughter, who also stressed the need “to differentiate between the high-end gig economy and the low-end gig economy.” Unlike lawyers or coders or engineers who work flexibly, the Uber driver—even if the flexibility allows her to work while her kids are in school—is “not getting benefits. She’s not earning enough money to help put her kids through college later, she’s not providing for her retirement.” Slaughter reiterated that the gig economy, while a “potential godsend in terms of the flexibility,” will “only work if we can create portable benefits, prorated benefits, and universal benefits.”

And to her mind, it’s crucial to devise policy solutions to implement such benefits, because “the gig economy is the first wave of a truly digital economy … digital manufacturing is going to revolutionize the way we make things and where we make things.” For this reason—not to mention Congressional recalcitrance on these issues—Slaughter also highlighted the importance of states like California and cities like Cincinnati and Washington, D.C., as “laboratories of democracy” where portable benefits and paid family or sick leave can be—and are being—implemented successfully. For instance, she always tells people she meets across the country, “I live in New Jersey. We have paid family leave. It’s a social insurance scheme. It costs pennies on the dollar. You can do this!”

That isn’t to dismiss the role of the federal government, however. Slaughter mentioned Britain’s recent policy giving all workers the right to demand flexibility as one example of how the U.S. government could improve working families’ lives and break down the division between the gig economy and more traditional employment structures. Acknowledging the “grassroots power” of localities and the limitations imposed by federal partisan gridlock, Shuler nonetheless “still believe[s] that an undergirding of federal law that sets a floor and a standard that we can then improve upon at the state and local level is the way to go, the way we did with safety laws.” For issues like paid family and medical leave and pay equity, “we cannot ignore the power of the federal government speaking out on that.”

When it comes to women and work, the bottom line remains that women “are not advancing the way they should be at the top, the middle, and the bottom of the income scale,” said Slaughter, whose recent book, Unfinished Business, examines in depth why this is true even half a century into the contemporary women’s movement. And, as Newton-Small pointed out, finishing the business of the women’s movement when it comes to labor isn’t just about equality—it’s an economic imperative. By 2030, with the retirement of the baby boomer generation, “we’re going to see a shortfall of about 26 million workers in America,” she said. Bringing women up to full participation in the workforce will not only address this looming labor shortage, but it will also, according to the International Monetary Fund, increase GDP in the U.S. by five percent (in rural areas, by as much as 27 percent). Observed Newton-Small, “That’s a huge economic incentive to get women into the workforce.”

Shuler agreed. At the end of the day, she said, it’s about giving women a voice in their workplaces—even if that isn’t through union membership. She gave the example of the “Respect the Bump” campaign, in which employees of Wal-Mart organized against pregnancy discrimination. “So they actually came together, raised hell at the shareholders’ meeting and got the policy changed,” she recalled. “That’s collective voice—and whether it’s a union or something different, it’s about coming together.” Shuler sees an important new role going forward for organizations like hers. “I think the union movement can play a role in helping women outside unions negotiate, because we do that for a living.”

Working women have come a long way since the 1950s, a time when, as Newton-Small marveled, “nearly every state in the union had laws [requiring married women] to get a husband’s permission to work.” But they shouldn’t neglect the possibility that they should look back to find ways to get ahead. As recently as last year, in a study by Chris Herbst, research has shown that parents and children drew a broad array of benefits from the provision of childcare through the Lanham Act—it expanded women’s labor force participation and improved children’s educational and employment outcomes all the way through adulthood. Not a bad history lesson, all told.