What Will It Take to Learn from Charlottesville? 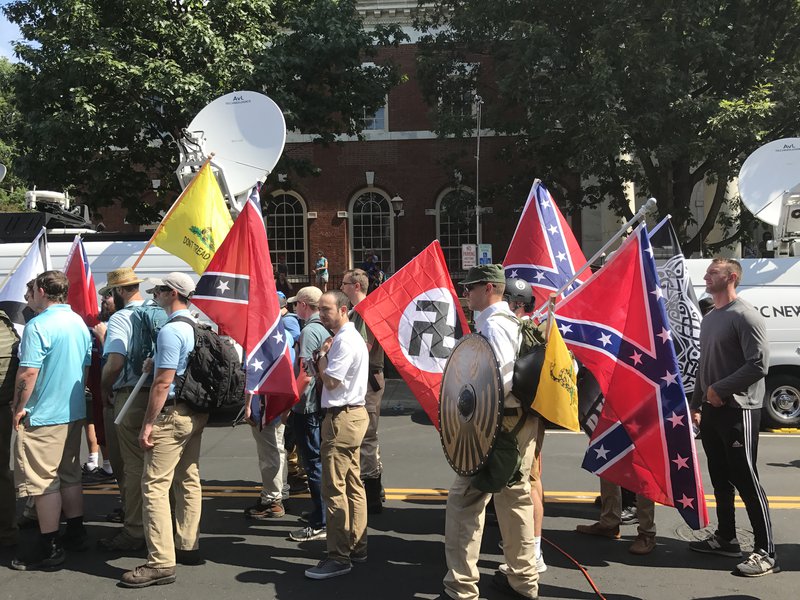 “I can’t be the only person who breathed in a deep sigh of relief (?) that this wasn’t happening at Ole Miss… this time?”

I wrote this tweet at 4:24pm on Saturday, Aug. 12, just hours after white supremacists marched through the University of Virginia campus, holding lit torches and shouting “Blood and soil!” as well as other anti-Semitism- and racism-tinged slogans. A Unite the Right supporter had also driven his car through a crowd of counter-protesters, killing one of them, 32-year-old Heather Heyer. Clearly, I thought, it’s past time for us to investigate our lineage of racial violence.

In the aftermath of Charlottesville, as I sought to process the events that had unfolded there, I reached out to my friends, family, and colleagues from back home—people familiar with the peculiar and pernicious history of our home state, Mississippi, and with our alma mater, the University of Mississippi. I did this because we’d “been” Charlottesville many times before, and we knew that we’d “be” Charlottesville again. It was only a matter of when.

You see, we’re a people and a region deeply familiar with the ghosts of the Confederacy and the immediacy of white supremacy. Our parents’ lives were marked by white-supremacist violence and cutting daily indignities. They grew up being told not to make mistakes like Emmett Till, a 14-year-old black boy brutally lynched in 1955 by a group of white men in small-town Money, Mississippi. Our parents made lives for themselves and their families in cities and towns where train tracks clearly divided the haves and the have-nots—whites and blacks.

In turn, we—their children—grew up and went to a college where, in 1962, as James Meredith attempted to integrate the university, a riot erupted and two people were killed by angry white supremacists. Our classmates drove around campus in pickup trucks with 6-foot Confederate flags attached to them and loudly—proudly—shouted “the South will rise again” to celebrate each touchdown, while the band played Dixie, lovingly, every beautiful Saturday afternoon. We also had two granite statues of Confederate soldiers standing watch over us, whether we were wandering in the town’s square or walking on campus. Our buildings and roads bore the names of white men who’d enslaved black women, men, and children, some of them our relatives.

We faced members of the Ku Klux Klan again and again and still, somehow, found the courage to demand that the university own up to and face its racist history, remove its symbols of exclusion, and take down the state flag, which has the Confederate battle emblem. We understood Charlottesville and UVA. We were them. We are them.

In the hours, days, and weeks after Charlottesville, I became more dumbstruck than relieved by the number of white folks who began openly talking about white supremacy and loudly denouncing racism and nazism. More than that, something felt a bit off. As someone who’s done anti-racism work for nearly a decade, I’ve long wondered when I would simply hear white folks—even, or especially, the “good,” liberal, and progressive ones in my life—explicitly acknowledge white supremacy. (Truly, what person of color hasn’t been told by white folks across the political spectrum that they’re the “real racist” for simply acknowledging that race plays a key role in their lives?) And here, in response to this vicious act of hate and loss of life, we had conservative white lawmakers clearly distancing themselves from white supremacists.

This, in other words, was the moment I’d been waiting for. And I was unmoved.

Why? Because people’s responses to Charlottesville seemed too easy. The racist nature of what had happened there was unmissable, and there was no denying the motivation and mission of the people who’d descended on the city for the Unite the Right rally. (The participants themselves were very clear about their purpose.) With the exception of our current president, it was easy to call out the angry white men and women involved in the rally for what they were—white supremacists attempting to bolster a racial order that centered their whiteness.

Yet looking ahead, what won’t be so easy to identify are the less obvious, more covert instances of racial injustice and discrimination. Will these newly “woke” white allies, for instance, call out the re-segregation of our nation’s public schools or the continued killing of unarmed black, brown, and indigenous people? Will they recognize their own complicity in white supremacy?

No one truly knows, but if they want to face down subtle and not-so-subtle racism, there’s a lot of work ahead, and I lay a challenge to them to convince me that they can do it. White supremacy is so indelibly ingrained within the very fabric of the United States, and the privileges associated with whiteness are so foundational, that real change—uncomfortable change—will only come from true effort by those willing to see the holes in our national narratives of inclusion.

Until white folks investigate the legacy of slavery, the specter of the Confederacy, and the strong thread of white supremacy that weaves itself through American history—as my family, friends, and I have always had to do—we’ll all continue to be Charlottesville and Mississippi.