What We Already Know About Incels 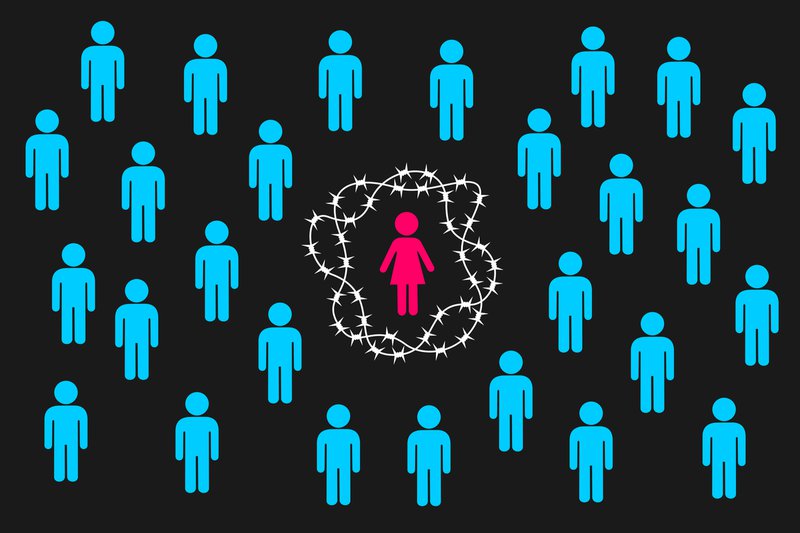 When Alek Minassian drove his car onto a crowded Toronto sidewalk three months ago, he was aiming to kill women—and he didn’t think that he was acting alone. According to his Facebook post written just hours before the attack, he felt that he was contributing to what he called an “incel rebellion.” Incel, at its most benign, refers to a man who’s involuntarily celibate. In practice, it refers to an online community made up mostly of men who express and validate their aggressive misogyny.

Because of these views, the Southern Poverty Law Center recognizes incels as an “extremist group,” and Reddit recently banned a forum on its platform that was used by some 40,000 incels to communicate with each other.

In the wake of Minassian’s attack, there’s been a wave of essays attempting to parse the individual and collective motivations of incels. Many of the essays interpret their actions as individualized misogyny that’s found a collective space. “Once the incels griped to themselves, occasionally victimizing others, and sometimes getting over their pathology or finding a partner,” The Atlantic’s Graeme Wood writes. “Now they can come together online and find others to validate their grievances and encourage them to action.” Vox’s Zack Beauchamp, meanwhile, describes incels as “a testament to the power of online communities to radicalize frustrated young men based on their most personal and painful grievances.” Other writers have compared incels to terrorist groups like ISIS. The writer Jessica Valenti makes a strong case for the idea that incels are part of a much broader strand of “misogynist terrorism,” through which “men’s fear and anger are deliberately cultivated and fed online.” In other words, incels are men who once had to suffer their misogyny alone, but now, thanks to the internet, they’ve secured a platform that allows them to congregate and affirm their own views.

I wonder, though, about the dynamics among men that stoke misogynist behavior: How much incel behavior is virulent theater—men performing a collectively informed toxic masculinity for one other? When Minassian talked about inciting an incel rebellion, whom was he talking to, exactly?

We can gain insight into these questions from research on different kinds of collective gender-based violence, including one that occurs across countries and contexts: multiple-perpetrator rape (MPR).

MPR, or gang rape, is often mentioned in research on sexual or gender-based violence, but it’s far less studied as an incidence in its own right. It’s also more common than you might think. The World Health Organization reports that in the United States, 10 percent of rapes have two or more perpetrators. A limited study in South Africa found that the rates of MPR were one in three. A multi-country U.N. study of nine sites found that rates of MPR ranged from one to 14 percent. Though comprehensive research is limited, attention on gang rape has increased since a highly publicized incident in India in 2012, in which a young girl was raped, mutilated, and killed.

MPR is a form of gender-based violence (GBV), though not all forms of GBV include sex. In the Handbook on the Study of Multiple-Perpetrator Rape, the scholar Liz Kelly argues that gang rape is about how men relate to each other in groups. “Sexual violence is an enactment of masculinity, especially where worth and prestige are connected to heterosexual success and even conquest,” she writes. “In MPR, the performance of masculinity is not just in relation to the victim, but also directed towards the others involved, most of whom are also men.” There’s an argument to be made, then, that belonging to a group of men—and specific kinds of male-group dynamics—doesn’t merely amplify existing individual misogyny; it may help create it.

Kelly suggests that gang rape is a way for men to “affirm masculinity through the deliberate diminishment and humiliation of women.” This affirmation is bolstered when someone else witnesses the violence, or when one person controls the scene while another participates, or when, in these digital times, the violence is recorded and shared. Rape is about power, and MPR sends a message about who holds power not just to the victim—but to other men, too.

This sort of thinking doesn’t exist in a social vacuum. Researchers in South Africa who’ve studied gang rape as a social phenomenon found that “violence against women is legitimated by the presence of discourses that naturalise a gender hierarchy, placing men as superior to women, and placing with men the right and sometimes obligation to discipline women.” Crucially, these findings aren’t unique to South Africa. Patriarchal values span the globe, as do men who take it upon themselves to preserve their status in a gender hierarchy through coercive means. Gang rape, in this light, isn’t just an act of individual misogyny that’s found a mode of group expression; it’s also about re-enforcing or preserving a much broader value system that oppresses women. Though incels, to my knowledge, don’t explicitly suggest MPR as a strategy, incels do incite violence, justify rape, and perpetuate a specific brand of masculinity that benefits their lives to the detriment of women’s rights and autonomy. In that, their mission is—similar to those who perpetrate MPR—a patriarchal preservation tool.

In addition, there’s perhaps something to be learned from research suggesting that some men in patriarchal societies may struggle to develop close male friendships. One study found that the “socialization toward masculine norms emphasized within [male group culture]” impairs individual connections. Certain male peer groups, according to a study of male adolescents in Oregon, reinforce aggressive behavior toward women. Research about which types of all-male peer groups are more likely to be aggressive toward women is limited, but Kelly suggests that MPR, which offers an extreme example of the way in which male peer groups reinforce certain norms, “appears to be associated with fraternities, sports clubs, gangs, and the military.” Again, it seems that this violence isn’t just the product of individuals who’ve found an arena in which they can, together, air their grievances toward women; the dynamic of the collective itself promotes ideas that promote gender-based violence.

Indeed, empathizing with others can override the perception of another person as an object, rather than a subject. According to a comprehensive multi-country U.N. study, “the most common motivation men cited for rape was related to sexual entitlement—a belief that men have a right to have sex with women regardless of consent.” Roughly translated, if a man approaches his interaction with a woman with the belief that she’s an individual whose wants, needs, and desires are as valid as his own, he’s less likely to demand access to her body against her will. But what happens when certain all-male group dynamics stymie empathy, within and among genders? Incels, whose collective ethos is largely defined by their belief that they have a right to sex, embody sexual entitlement. It’s worth asking: Does this dynamic fuel allegiance to values that diminish the intimate connections that can breed empathy?

We tend to think of misogyny as an individual practice, one that’s propped up by a culture that permits male entitlement to prevail over women’s lives, bodies, and freedoms. But as Ross Haenfler, an associate professor at Grinnell College, suggests, incel behavior is firmly rooted in performance: “Incels seek to prove themselves to other men, or to the unrealistic standards created by men, then blame women for a problem of men’s own making.” In a similar vein, part of what makes incels such a spectacle is that they protest the very same conditions of patriarchy their expressed enemies—feminists—have sought to disrupt: the repressive standards of behavior for men, the limited opportunities men have for real emotional connection, the sometimes unfairly transactional nature of sex. To address the problem of incels and groups like them, we need to know more about what conditions encourage men to perform toxic masculinity and violent misogyny for, and sometimes with, each other.

Incels themselves seem to talk a lot about the unfairness of masculine performance. Think of their anger toward “Chads,” a term for men women want to sleep with, and their belief that women should be forced to date undesirable men. But instead of re-imagining masculine gender performance as feminists do, incels seek more opportunities to access existing, narrowly defined versions of masculinity.

But research from around the globe on sexual and gender-based violence tells us that these rigid notions of masculinity aren’t the answer. Rather, violence decreases when societies embrace gender norms that allow for intimacy, connection, and empathy among people of all genders. It increases when groups of men take it upon themselves to preserve a lopsided gender status quo by violently attacking or attempting to humiliate women who don’t please or conform to those standards. The answer, as we already know, isn’t to open up hoary, restrictive forms of masculinity to more men. The answer lies in breaking this way of thinking to pieces—and building something new.