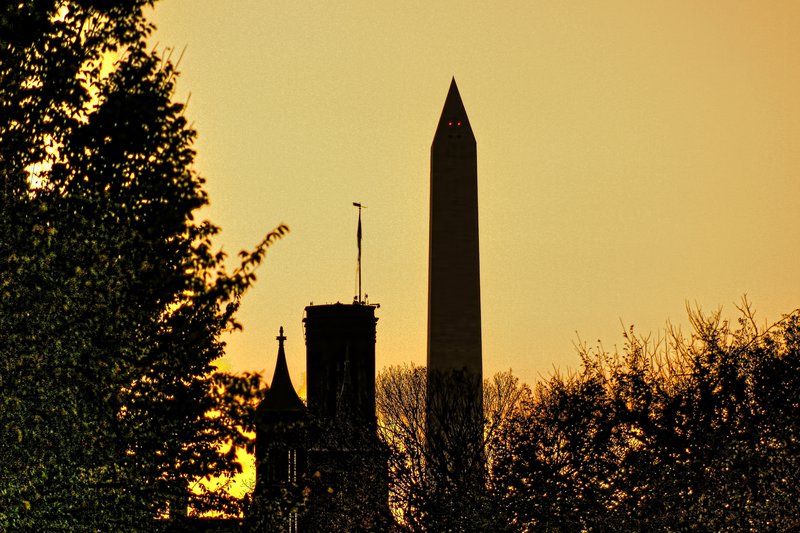 “Think tank” is one of those terms, like “lobby” or “Beltway,” that doesn’t mean much outside of Washington, D.C. Yet these policy powerhouses wield enormous political cachet, influencing everyone from local organizers to elected officials. Even without knowing what a think tank really does, however, the fuzziness of the concept is just vague enough to imply the Washington-insider nature of the institution, which in turn also hints at its demographic make-up.

In other words, you’d be forgiven for assuming that think tanks—those arbiters of information— skew very male and very white. There’s not a lot of good data, but I think we can assert they do. And here I’m laying a challenge to anyone to prove me wrong.

I’ll start with my own organization, New America, where I’m a policy associate. Only two members of its 10-person leadership team are people of color—both black. The board of directors is twice as large, and it has the same percentage of people of color. I interviewed some dozen people throughout New America, from CEO Anne-Marie Slaughter to various junior- and senior-level staff members to interns, to get a pulse on the organizational body. And while most minority employees reported generally positive experiences within the workplace, as well as acknowledged the significant efforts made by leadership to animate racial dialogue, there were still several anecdotes that spoke to an undertow of cultural insensitivity.

These cultural barriers aren’t nothing, especially at institutions like think tanks, where freelancing is the culture and where projects are acquired, or delegated, based on sometimes hard-to-navigate relationships with program directors. Genuine mentorship, that person-specific guidance that can expedite professional development or land an employee an important project or even a promotion, is not only based on merit. These sometimes tricky relationships are also developed and sustained by squishy concepts like compatibility and relatability among colleagues. And they’re no doubt inflected by our own internal biases.

On the one hand, the ambiguity surrounding think tanks is precisely what gives them power—in a good way. For instance, they are not wed to some of the defined roles present in the institutions they recruit from, such as government agencies and universities. And this allows them more flexibility with their hiring practices, as well as the power to drive policy debates in ways tailored to the political season. On the other hand, though, think tanks are still beleaguered by their own stubborn structures, which can hamstring attempts to change institutionally.

“At the top [director] levels, there’s the least turnover, which makes it harder to diversify,” Slaughter said in an interview. “And changing the culture is even harder than changing the numbers.”

So how are think tanks trying to move the needle of progress among their ranks?

“In leadership, we are aware that one of the areas where we have the biggest need for improvement is our scholars,” said Ona Alston Dosunmu, Vice President, General Counsel, and Chair of the Inclusion and Diversity Committee at the Brookings Institution, speaking about Brookings’ fellows and senior fellows. “The riots in Baltimore were an extraordinary wake-up call,” she added, saying that they pushed leadership to double down on their efforts to diversify at all levels of the organization. And in the past year, all Brookings employees had the opportunity to attend at least one round of unconscious bias training facilitated by the consulting firm Cook Ross, Inc.

In a similar vein, the Center for Strategic and International Studies (CSIS) in October 2016 increased its efforts to generate dialogue around diversity in the public sector by partnering with the International Career Advancement Program (ICAP). Founded in 1997, ICAP seeks to get underrepresented demographics into senior-level positions at security-focused nonprofits, government agencies, and the private sector by mentoring mid-career professionals.

This partnership with ICAP was first suggested by Beverly Kirk, a product of the program herself. Kirk, a 2007 ICAP fellow, is Deputy Director for Outreach for CSIS’s International Security Program and the Program Manager for its Smart Women, Smart Power Initiative.

“We have been working with ICAP to address some of the pipeline issues,” said Kirk.

She continued in a follow-up email: “I also wanted to mention that CSIS does recognize there is a problem with under-representation in national security positions inside and outside the government and is committed to trying to change this,” she said. “I alluded to the number of women and the Smart Women, Smart Power efforts, and there is great representation of women scholars, but the under-representation of African-Americans and Latinos on the program side is similar to other think tanks and inside government.”

The need for think tanks to change, and to dramatically widen their circles, has taken on a potent urgency in our current political climate.

Sure, President Donald Trump campaigned on the slogan “drain the swamp,” a slight toward think-tank experts and other talking heads. While this resonated with his supporters, who have felt long stung by the perceived condescension of elites in Washington, it left the “swamp creatures” debating whether to take up arms—well, policy papers—against him. But it seems like think tanks ought to first look inward, and be sure they speak for all Americans before claiming the mantle of any American.

Until racial diversity in think tanks reaches critical mass, perhaps the simplest metric for improvement will be a glance around the room. I asked Kirk, after a lengthy discussion on CSIS diversity initiatives, how many people of color were in her international security program.