What Is 'Gender Parity'? 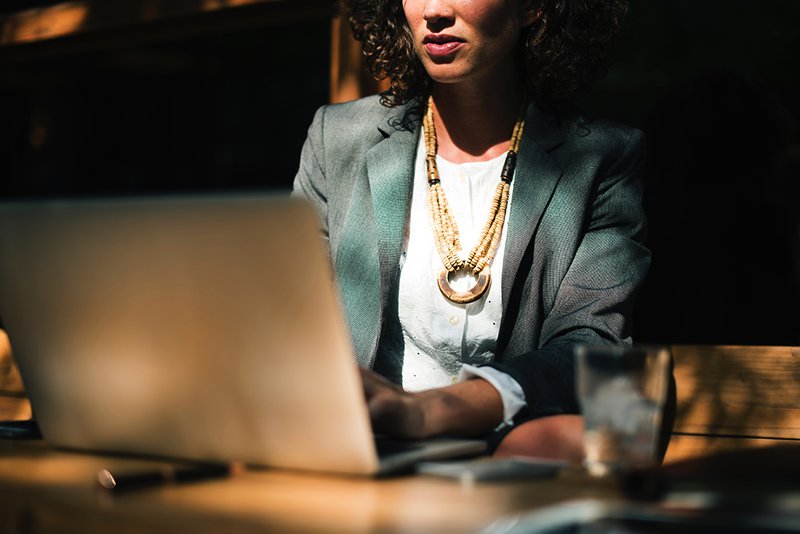 Women make just under 80 cents for every dollar that men make. This is a stat you’ve probably heard before. Indeed, it’s an oft-cited data point among activists and advocates trying to illustrate the persistence of inequality between men and women in the 21st century. And if you peel back another layer, beneath this long-debated and analyzed fact is a simple but fancy-sounding sociological metric, something called a “gender-parity ratio.”

Gender parity is a statistical measure that compares a particular indicator among women, like average income, to the same indicator among men. Average income isn’t the only indicator to be looked at through a gender parity lens: Measuring gender parity, especially how it changes over time, gives policy makers and researchers a sense of whether we are progressing or regressing in any given area, and this is an important tool for anyone working toward gender progress.

In a foundational 2010 article, sociologist Paula England reviewed a wide variety of gender parity indicators over recent decades, including incomes, college graduation rates, and workforce participation, among others. Gender parity, in most areas, was increasing sharply since about 1970, when the women’s movement peaked. But around the mid-1990s, that move toward parity began to slow. England calls this slowdown toward gender parity the “uneven and stalled gender revolution,” and it has been an important piece of evidence for the now commonly accepted theory among gender researchers that gender progress in the United States needs a jumpstart.

So what does gender parity measure, really?

Gender parity is sometimes confused with a sex ratio, but these are two different types of measurements that tell researchers different kinds of information. The ratio of men to women in a particular industry, say, in the much-discussed tech industry, would be a sex ratio: For instance, according to the National Center for Women and Information Technology, the rate of women to men in computing jobs peaked at 36 percent in 1991 and has since been on the decline. A gender parity ratio, by contrast, can tell us something further about women in tech—not just whether they are there, but also what it’s like for them there.

For instance, a gender-parity ratio tells us that female-led tech companies received just about $1.5 billion in venture-capitalist investments last year, compared to about $58 billion for male-led companies. Women, put another way, are receiving about 3 percent of the investments that men are. We know, then, that not only are there few women in tech, but that the few women who are in the field are attracting a disproportionately low number of investments. Taken together, statistics like these can give researchers a picture of what the conditions are like in a given location or institution, and point to potential areas for advocates and policymakers to intervene. With the combination of sex ratios and gender parity ratios on women in tech, we can reasonably hypothesize that finding more funding for women entrepreneurs in tech just might attract more women to an industry that badly needs greater gender diversity.

This isn’t to say that gender parity ratios tell us everything we need to know about inequality. Measures of gender parity help researchers to understand relative equality between men and women. However, relative equality isn’t always the most important measure for a particular indicator in a particular context. For example, in 1981 unions had a gender parity problem: while unions represented 34 percent of men workers but only 21 percent of women workers. By 2011 that gender gap had not only closed but also reversed: Unions represented 19 percent of women workers but 17 percent of men workers, half of the portion of men they represented 30 years ago. Collective bargaining representation for women had dropped slightly, while it had dropped significantly for men. Hardly a victory! While there’s greater gender parity in union representation than ever in the United States, this hides a more worrying trend as unions decline on the whole.

Another potential shortcoming of gender-parity ratios is that they aggregate conditions for men and women and an indicator as a whole, and can sometimes hide other kinds of inequality that lie beneath the surface. For instance, one popular gender parity measure among researchers is that of total work time, which compares how much time men spend working with how much time women spend working, and includes both paid and unpaid work. Recent studies have shown that total work time among men and women is approaching parity (or the ratio is getting closer to 1 than ever). But on closer inspection we find that men are doing more paid work than women, while women are doing more unpaid work, like housework and childcare, than men. So while men and women may be doing similar amounts of total work, that work isn’t being valued or rewarded in the same ways.

In other words, what looks like parity on one indicator actually masks the persistent underlying problem of economic inequality between men and women.

And, of course, gender-parity ratios can’t begin to scratch the surface of socio-political differences between women and between men. While women as a whole make 80 cents to the dollar of men as a whole, the conditions are far worse if we look at the earning of women of color compared to men. According to a report from the Institute for Women’s Policy Research, black women in the United States earn 12 percent less than the average woman worker earns. This means that if we genuinely care about equality in intersectional ways, gender-parity ratios have to be accompanied and contextualized with many other kinds of indicators.

No single measurement can tell us everything we need to know about any social policy problem. But gender parity measurements are invaluable for telling what can be complicated stories to the people who need to understand them—particularly policymakers and other people in positions to influence the quality of people’s day-to-day lives. In addition, they can be helpful to everyday people—especially to those who feel they haven’t been given a fair shake and have been consistently disenfranchised in various areas of life, but don’t have enough data to substantiate that feeling.

Sometimes, it just takes one statistic to validate a feeling people have had about the way the world works and, importantly to point policymakers toward the solutions that will fix those problems—whether it’s 80 percent of annual income or 3 percent of tech investments or any other number of data points researchers can provide. At their best, gender-parity ratios can capture the inequalities defining thousands, even millions, of life stories with one simple number.