What Is the Future of Engaging Men in Sexual Assault Prevention Work? 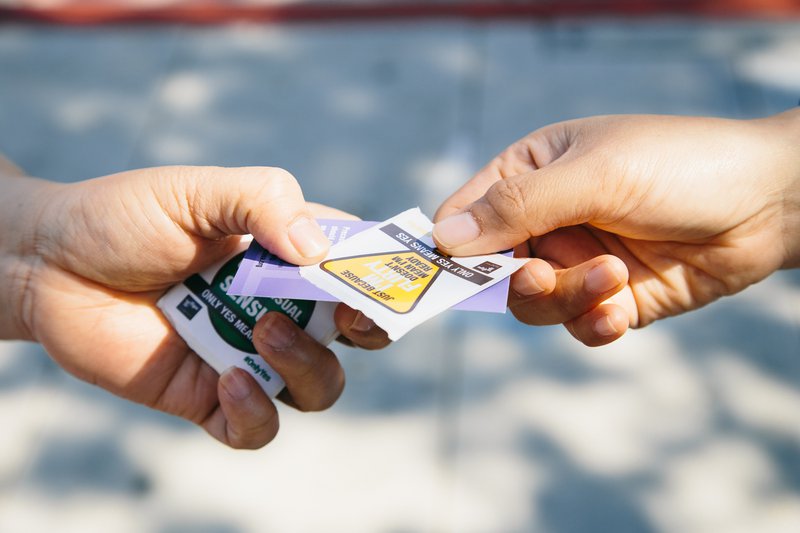 Three years ago I met with the organizers of a campaign in Zambia who were working with men to prevent sexualized violence. The program brought together groups of men and boys in their villages, gave them t-shirts with the campaign’s slogan to encourage a sense of solidarity, and offered a training to discourage violence against women. The program was based on an assumption common in modern anti-rape discourse: Teach men not to rape.

This sentiment can be useful and resonant, but only when it’s applied in a way that actually transforms gendered power norms. Too often, working exclusively with men to prevent sexualized violence reinforces a binary power dynamic where men are more heard and more valued.

In Zambia, bringing together men to talk about sexual violence had the unintentional impact of granting participants a sense of authority—and the effects were damning. The men, who reinforced their patriarchal attitudes about women as a result of these male-only spaces, felt encouraged to tell women how they should act, dress, and behave to avoid rape. I recall sitting in the home of one of the program’s male participants and listening to him talk about how he was proud to be one of the “good men” who protects women in his community by guarding against bad behavior.

His wife sat silently in the next room.

Yet this concept of the “good man” isn’t confined to three years ago. It’s still ubiquitous today when it comes to engaging men in sexual assault prevention work, and it’s a problem. This is made clear in a new report from the White Ribbon Campaign, one of the largest organizations that works on engaging men in ending sexualized violence, makes clear that employing the “good” and “bad” man binary when talking about sexual assault doesn’t do us any favors.

“Men often feel defensive or blamed when violence against women is addressed,” writes the report’s author Bob Pease. “Men often make the argument that it is not all men who are responsible for men’s violence. Rather, it is just a small group of ‘bad’ men. These men are seen as having no connection to wider forms of dominant masculinity and male privilege.”

Many sexual assault prevention tools and tactics employ this thinking (remember #notallmen?) because it’s more palatable to think in these terms: there are men who rape (like Brock Turner), and men who don’t. But this simplistic paradigm doesn’t account for the reality that all men benefit from a system that privileges being male, akin to how white people (even the most vocal allies) gain from the privileged hierarchy of race in America. We also see this in how many men remain silent bystanders when abuse, aggression, or violence occurs against women or LGBTQ+ people.

Some of the new tools on market for sexual assault prevention speak to this point. Jewelry alert systems like Stilletto, Roar for Good, and Invi, along with apps like Kitestring and Circle of Six, notify friends or authorities when someone feels threatened or at risk of assault. And some time soon, you’ll be able to buy nail polish that indicates when your drink has been drugged. These can be helpful innovations, but it’s been well documented (here and here are some examples) by now that they don’t necessarily address the systemic issues and inequalities that perpetuate sexual assault, although some seek to contribute to that discourse.

Arguably, these types of technological advances suggest that it’s possible to create a defense system against a known quantity: the “bad men.” According to this narrative, men who don’t rape or grab women’s bodies without their consent (and of course, most men do not do these things) are relieved of the responsibility that comes with benefiting from a patriarchal system that perpetuates many forms of violence. As Pease writes, “such approaches do not encourage men to recognize how their own behavior and attitudes are part of the wider systems of dominance and oppression.” Such systems are amplified by other intersectional forms of privilege conveyed by race, age, ability, and other identities.

This paradigm contributes to a collective consciousness about where sexual assault can—and will—take place, and where it will most often be met with impunity. Much of what’s on offer, in terms of campaigns and products and tech, from the United to States to Zambia and many other countries where I’ve worked on gender issues, distinguishes “good men” from “bad men.”

A holistic approach to sexual violence prevention goes beyond this neatly-packaged dialectic.

Technology, campaigns, and products that would have broader impact would raise awareness, hold men accountable for their privilege, and encourage men to acknowledge complicity in a system that privileges their gender. This is a much more difficult task than creating an updated version of a rape whistle. The question for innovators in the field of sexual assault prevention must ask: How can we work to challenge this status quo, and shine a light on the actual transformations in gendered power dynamics that are necessary for sexual assault rates to drop?

There are some good examples of campaigns and tools that are addressing these issues in new ways. Hollaback!’s HeartMob, for instance, allows users to document and report online harassment across platforms, get support from allies if they so choose, and find useful resources. Hollaback! recognizes the connections between online harassment and other forms of gender-based violence, and the need to engage communities to recognize links between various forms of violence that women and LGBTQ+ people experience. The platform creates a way for men to engage in addressing violence as an ally, but it also draws attention to the multitude of ways violence is experienced.

“We need to be clear: It's not enough for men just to ‘not harass’ or ‘not rape.’ Ending gender-based violence requires changing the culture that makes violence OK to begin with,” says Hollaback! Co-Founder and Executive Director Emily May. “We hear from men all the time that they want to help, they just don't know how—and they are worried about making things worse. At Hollaback! we’re looking for tangible, actionable ways for men to get involved in this work.”

Tools and campaigns that push men to think about their complicity, their accountability, and their role as allies will have a more tangible impact on preventing sexual assault. But investing in those options must also be accompanied by a sustained investment in women’s and feminist movements and organizations, which we know play the most catalytic role in impacting violence against women (evidenced by the groundbreaking research of Mala Htun and S. Laurel Weldon).

When it comes to prevention, a focus on men, while an important part of the puzzle, must be taken with a healthy dose of caution, and with the knowledge that it does not provide an exhaustive solution. As it has been for decades and centuries, the future requires women and gender non-conforming folks to be front and center in the fight for justice and freedom from violence.