What Everyone Gets Wrong About Affordable Housing 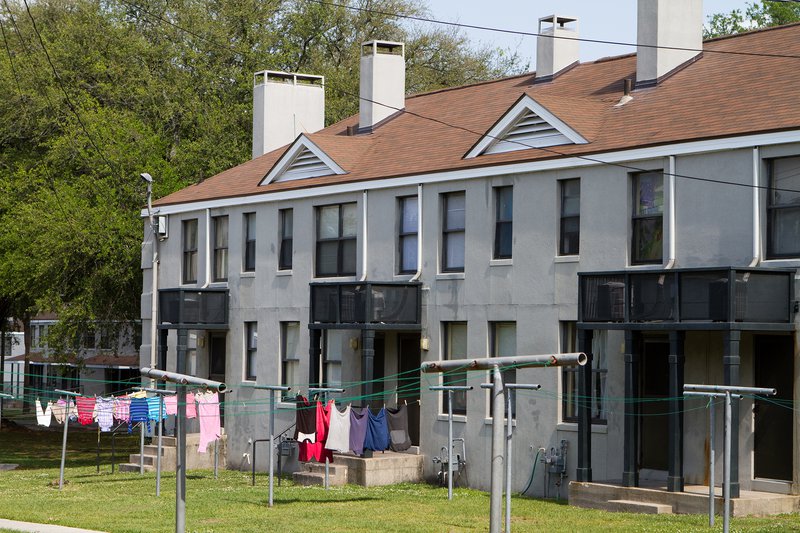 Housing is a person’s single most important expense. While a roof over someone’s head is something too often taken for granted, a roof and four walls imbue people with a sense of stability, one that allows them to turn their attention to other priorities, like finding a better job or helping their kids with school. And so, when housing is uncertain, or when so much of a paycheck goes to rent that it keeps someone from basic necessities, it’s impossible to think about anything else.

In this, “affordable housing,” as a concept, is frequently misunderstood, shrouded in many of the same misconceptions as other social policies aimed at helping low-income and vulnerable populations. The myth of the welfare queen pervades, as we continue to categorize poor people as “deserving” or “undeserving” of aid and project our own assumptions on people who receive aid, thinking of them as lazy or crooked.

So let’s clear up some of those myths.

First and foremost: “Affordable housing” doesn’t mean, necessarily, the projects. It actually just refers to the fact that you’re spending less than 30 percent of your post-tax income on housing. The Department of Housing and Urban Development indicates that families paying more than 30 percent are considered “cost burdened, and may have difficulty affording necessities such as food, clothing, transportation, and medical care.” HUD estimates that 12 million households (renting and owning) pay more than 50 percent of their take-home income on housing each year. And to be clear, in no state can a full-time worker making the federal minimum wage ($7.25 an hour) afford a two-bedroom apartment at fair market rent. Plus, there’s a lot of competition for places with lower rents, as Millennials put off buying homes and aging adults sell their homes to move into the rental market.

Yet this still doesn’t get at the image people typically conjure when they think about low-income or affordable housing: the projects. Indeed, you might be imagining those high-rise public housing developments—subsidized apartment buildings where residents pay below-market rent. These were built in the mid- to late-20th century with HUD funds and authorization. But the once-preferred method of increasing public housing, “the projects,” as they came to be known, soon created a number of social issues. As time went on, insufficient funding and poor management caused many developments to fall into disrepair. Distressed housing developments intensified racial and economic segregation, concentrated poverty and crime, and even led to more health problems and deaths among the residents because the buildings were often of substandard quality to begin with.

Today, most public housing developments do, in fact, deliver on their promise of providing adequate, affordable housing to people in need, but they remain stigmatized because of the negative associations with distressed public housing. Also important to remember is that only about one in four families who qualify for public housing assistance actually get it; most are left to fend for themselves in the cutthroat private rental market.

One particularly pernicious myth centered around affordable housing is that, if people can’t afford to live in the city, they should simply pick up and move. But let’s quash that red herring. People struggle to make rent all over the country, not just in cities like San Francisco, D.C., and New York. Besides, moving takes money, energy, time off work—in other words, resources people in poverty already don’t always have. They may also face discrimination from quality affordable housing because of their race, their children, past eviction records, or unstable income. And in the big cities, as rents in the center become more expensive, people do move to the fringes, driving up demand, and therefore rent, in those places as well. Meanwhile, suburban poverty, too, is on the rise.

A more prudent concern, then, is why more affordable housing isn’t being built. Put bluntly: because affordable housing is so darn expensive. Even though demand for it is through the roof—with low-income families on waitlists for years for public housing or vouchers—the cost to construct an affordable building is much more than renters can pay, meaning developers can’t recoup the cost. (Which then leads developers down a different line of thinking: Shouldn’t we just build a luxury high-rise building instead and charge someone $2,000 a month for a studio apartment?)

Yet there are, fortunately, programs as well as other forms of affordable housing, apart from more public housing, that attempt to address the issue. These options are many, and they vary across the country, but here are a few of the big methods.

For starters, there’s rent control. Rent control is left to states to decide whether and how it’s implemented, and it’s most often seen in cities with lots of renters, like New York, D.C., and San Francisco. Generally, rent control limits the amount and frequency at which rent increases to some fraction of inflation to protect vulnerable populations, such as low-income and elderly individuals, from eviction in areas where rents are rapidly rising.

There are also mixed-income buildings, where a certain number of units are set aside for people making no more than 30-60 percent of the area median income, and who pay less than market rent. Developers can get recouped for these units in tax credits, grants, vouchers, and other means.

Finally, housing vouchers have become one of the primary methods by which we subsidize housing in the United States. Vouchers allow a family to choose where they rent and only pay 30 percent of their household income toward rent, with the voucher covering the gap. But vouchers are limited, and families may wait for years to become eligible.

So what else can we do about affordable housing?

The HUD program HOPE VI was launched in 1992 to improve dilapidated public housing, to varying degrees of success, but there are a lot of distressed properties that still need to be addressed. Shutting down, rather than remediating, distressed housing projects can only be a solution if displaced families have somewhere else to go.

Expanding vouchers is another popular solution. Matthew Desmond, author of Pulitzer Prize-winning Evicted, advocates a universal voucher program that would allow a family to live wherever they wanted “just as families can use food stamps to buy groceries virtually anywhere.” Preserving, or creating, more affordable multifamily apartment buildings and units will be key to that strategy.

Ultimately, housing assistance programs—and all social policy programs—should be designed with recipients in mind, consulting with them to provide with what they actually need. The Trump administration proposed to cut the HUD budget by a further $6.2 billion, stretching already-strained housing authorities who rely on HUD funds, and defunding independent agencies like NeighborWorks America and the Council on Homelessness, as well as programs aimed at providing rental assistance to low-income seniors. This isn’t the first cut to HUD; it’s budget has been slashed since the 1980s, meaning that even if they did want to expand their successful housing programs, they can’t afford to do so.

Housing, as a social policy, is something that’s been litigated—and re-litigated—for decades, and quite vigorously so. And that’s because it matters, deeply, on an individual level how we frame the discourse. If we bolster the homes themselves, then we, in turn, support the people inside them—for whom these buildings are far more than just a roof and four walls.