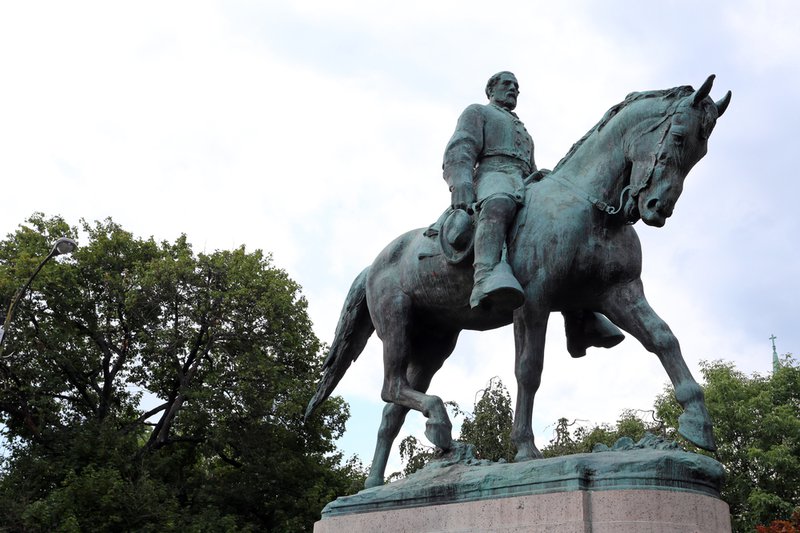 I spent my childhood taking my hometown for granted, never pausing to think what it might mean to lose it. And when it was time for me to leave for four years of college in Boston, I barely turned around to catch a glimpse of Charlottesville, Virginia shrinking away in the rear window.

It took all of one semester before I began to miss the one-store towns of the Piedmont; the gravel roads I once wished were paved for roller skating, the open fields flanking the drive to school every day. I even gave country music a try. After months of anticipation for my move north, I was surprised at how eager I was to introduce my friends to the South.

When college friends visited, I took them for long drives to swimming holes and rope swings, to rocky overhangs to watch the sunset, to campfires with marshmallows and clear, starry skies. I introduced them to the vibrant food and arts scenes of Charlottesville.

And I took them to Monticello and the University of Virginia’s Rotunda—two of the most prominent symbols of Thomas Jefferson’s legacy, and monuments I’d long cherished as emblematic of Charlottesville’s devotion to liberty and reason.

“Happiness is a place called Charlottesville, Virginia,” a 2014 Guardian profile proclaimed just after the town was named “America's happiest city” by the National Bureau of Economic Research. When asked what they loved most about their town, many locals cited “liberal values” and “a leading university.” “If there's one place in the US that has more or less everything going for it, this is it,” the article said.

In short, there was something about Charlottesville that just drew people in. And I was proud of that—until it drew in white supremacists.

Three years after that Guardian article, Charlottesville earned itself a new moment in the spotlight. On August 12th, 2017, white supremacist and neo-Nazi groups descended on Charlottesville for the Unite the Right rally opposing the removal of a local Robert E. Lee statue. Fanatical hatred led to brutal violence, leaving many injured and one woman dead.

Headlines about the once sleepy college town piled up in the days, months, and years following the rally. Charlottesville was deemed the “ugly wake-up call America needed,” providing fodder for conversations, books, and movies. The New York Times and ProPublica followed up coverage of the riots with an in-depth report scrutinizing the inequities embedded in Charlottesville’s school system.

How had a town founded on principles of liberty and rational thought come to represent the antithesis of those values?

“They weren’t from here.” These were the words I, and many others, clung to in the wake of the rallies. The white supremacists who swarmed our streets could have chosen any town with a confederate statue. What happened in Charlottesville could have happened anywhere.

But they didn’t, and it doesn’t.

Charlottesville residents, convinced that Monticello and the Rotunda were all the proof they needed of the city’s commitment to freedom and broadmindedness, were blindsided by the events of August 2017. But the truth is, those symbols had long been empty shells. Rather than inspiring us to continually pursue those ideals, they stood as evidence of achieved perfection—never mind the fact that Monticello and the University of Virginia were built and sustained by people enslaved by the very man we revere as our founder. We never fully reckoned with our racist past and present, and the inevitable result—Charlottesville’s refusal to interrogate its reverence for a Confederate symbol—revealed the hypocrisy underlying a self-proclaimed liberal college town. And the Unite the Right protesters marched right in.

In the past few years, however, Charlottesville has done some long deferred soul-searching—and it’s begun to reconnect with its core values through action.

Charlottesville City Schools has committed to reducing educational disparities between black and white students—including through establishing school-based equity councils, aligning themselves with regional or national equity initiatives, and implementing anti-racism policies. The city has seen countless other initiatives in response to the rallies, such as an ongoing map of Charlottesville’s past and present inequities, a year-long project to unearth tools local leaders can use to address extremism, and a University of Virginia memorial to the enslaved laborers who built its campus.

These efforts breathe new life into Charlottesville’s stagnant shrines to liberty. And they indicate a new kind of patriotism afoot in our country—one that rejects “static representations of unchanging ideals,” opting instead to reframe national symbols as living, evolving spaces for communities to debate and examine their values. Millennials, observed former MTV president Stephen Friedman, believe the word "patriotic" connotes “a rigid acceptance of an ideology, an unquestioning fixation on a symbol or a flag that they feel misses their deep and complex relationship with their country.” A viral 2018 photo of three young boys carefully folding the American flag was praised for its “patriotism.” But exactly what were they honoring—the flag, or the values it’s meant to represent? The flag has become sacred, untouchable, when it should serve as a reminder that we are always changing—and still striving to truly fulfill our founding ideals of life, liberty, and the pursuit of happiness.

If you stand where white supremacists stood on August 12th, 2017, you will see what they saw: a bronze statue of Confederate General Robert E. Lee astride his famed horse Traveller—a monument that white supremacists believed legitimized their agenda, and that Charlottesville has yet to part with. In the wake of the white nationalist rally, Charlottesville’s statues of Robert E. Lee and Stonewall Jackson were placed under black shrouds—only to be uncovered under orders from Virginia judge Richard E. Moore in February 2018. Moore also ruled last fall against Charlottesville’s attempt to remove the statues, citing a state law protecting war memorials. He issued a permanent injunction preventing future removal of the statues, noting, “I don’t think I can infer that a historical preservation statue was intended to be racist.”

There may be change on the horizon, however. Virginia lawmakers passed a bill on Sunday that would allow localities to remove, cover, or alter war memorials on public property. The legislation has been sent to Gov. Ralph Northam, who is expected to sign—giving Charlottesville the final say over the statues’ fate.

What we see when we walk past pieces of history says everything. As a child, I’d happily recall the name of Lee’s horse and his childhood home in Virginia every time I saw the statue. I didn’t think to connect it with his defense of slavery and opposition to racial equality—and I certainly didn’t know that local Klan members celebrated its unveiling in 1924 with a parade through town.

Progress is not a badge we can pin to our vests. It is, and must be, a perpetual refusal to return to a state of complacency. As Charlottesville moves forward, what will we see when we gaze upon Robert E. Lee’s still-standing statue? When we visit the University of Virginia, will we think of its first scholars, or of the enslaved people who paved the ground beneath their feet? Will we reflect on Monticello and remember Thomas Jefferson—or Sally Hemings, the enslaved woman he repeatedly raped since she was 14? While these institutions are taking initiative in uncovering their history of slavery, it’s up to Charlottesville’s community to face and accept everything we wish to forget—to live the truth as fully as we lived the lie.

In the University of Virginia’s parent handbook, one entry reads: “First-Year, Second-Year, Third-Year, Fourth-Year: Instead of freshman, sophomore, junior, senior, students are referred to by their year of study at the University. Why? To be a ‘senior’ implies that a person has reached the final phase of learning, a feat that Mr. Jefferson believed impossible, arguing instead that education is a lifelong process.”

No education is ever complete. That conviction is etched into the makeup of the University of Virginia, and it’s being reawakened in Charlottesville. Once fearful that Charlottesville would never again be the place I thought it was, I now have a renewed appreciation for my hometown—a love buoyed by respect, as the city redefines where it’s going, and what it wants to be.