We Need to Clean up Our Understanding of Corruption 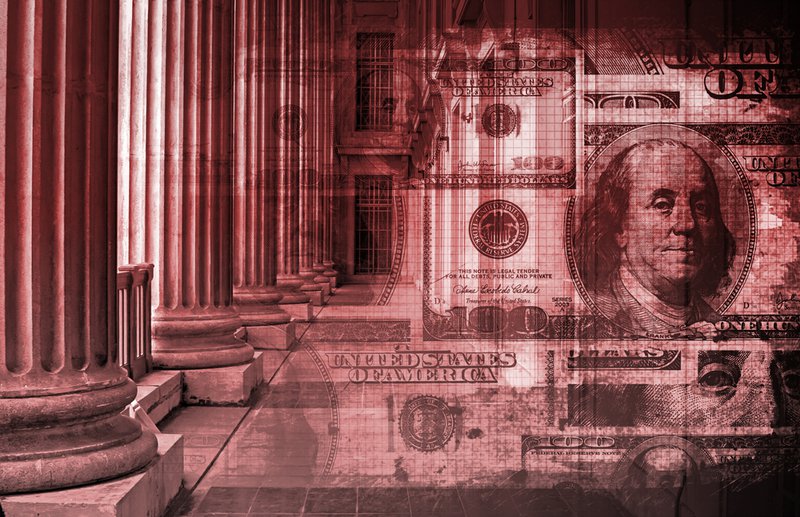 Corruption in America? The very idea brought the house down at a recent dinner party of young Ukrainians. They erupted in laughter at the thought that anyone (in this case, me) would study such a subject.

This seems far-fetched to them, no doubt (as I see from my perch here in Kiev as a Fulbright scholar), because corruption is seen by many Ukrainians as one of the biggest challenges their country faces—next only to the Russian-fomented instability and -instigated war on the eastern front. From the bribe-taking traffic cop to the many political leaders who have squirreled billions offshore over the years, corruption is both subtle and in-your-face. It consumed much of Vice President Joe Biden's speech to the Ukrainian parliament last week (though Biden’s son, Hunter, sits on the board of one of Ukraine’s largest natural gas companies), is a staple of conversation and commentary in the media, and has helped foment several revolutions. Regarding corruption, there is no denial.

But people here have more in common with Americans than they might think. A Gallup poll found that 75 percent of Americans last year said yes when asked if corruption was widespread throughout the government. Americans are tied with the East Africans of Mauritius in their view of corruption at home. As I wrote in Unaccountable in 2014 , everyday Americans, along with their peers around the world, increasingly understand that something on high is amiss and are calling it corruption. And while we can’t really know what kind of corruption all these respondents had in mind, surely many of them see a “rigged system” rather than old-fashioned bribery scandals.

The trajectory on this issue is even more alarming, considering that the United States is a purportedly functioning democracy. According to Gallup, the notion that corruption is widespread has gained enormous traction in recent years. With results like this, it’s not hard to see why Donald Trump and Bernie Sanders have so much appeal. When so many people see the system as rigged and corruption as endemic, citizens are naturally attracted to outsiders, because they themselves feel like outsiders in a game they were set up to lose.

This state of affairs—with so many people self-defining as outsiders in a democratic society—makes it all the more urgent that we redefine corruption. Because unlike communist and many post-communist countries, where few believe(d) in either the system’s version of itself or its ability to deliver on it, the United States has traditionally been a country of believers—where people largely bought into the promise of their system. That is how it should be in democratic society.

But Americans are increasingly losing faith in their system. We need to redefine corruption to bring it more in line both with the system as it now actually works and how people see it. (As a social anthropologist, I know there's invariably a divergence.) What I call the “new corruption” is not illegal but violates the public trust. More subtle and difficult to detect than the simple bribe, this new corruption is more damaging to democracy because it is more systemic and insidious and less visible. Practitioners of the new corruption abrogate public trust by working on behalf of their own, instead of those on whose behalf they purport to act, and the public has little way of knowing as much.

Such examples as these receive scant media coverage compared to straight-up bribery scandals. And still, people sense a rigged system. Now built into the system, the new corruption is found in arenas from energy and healthcare to finance and foreign policy.

Corruption isn't the only term that warrants redefinition in the service of aligning the ideology of the system with the reality.

Consider one measure against corruption: accountability. It has become practically a fetish in recent years for checklists and metrics to be used to assess nearly every aspect of how our democratic system works. Don't get me wrong; such tools have a place. The checklist on my refrigerator is helpful. And I love my new Fitbit telling me how many steps I should take today. But checklists and metrics can only go so far in ensuring true accountability.

Today, accountability often gets reduced to a “performance,” a technocratic exercise without moral or ethical moorings. As checklist-type accountability practices ascended in the 1980s, accountability assumed a more mechanistic meaning. Such practices, whether applied to the state or private sector, are typically imposed from the outside without knowledge of the realities on the ground, and they disconnect accountability from much of what matters. The result is systems that value appearances over actuality. Those on the inside are incentivized to “perform” for the external auditor—much like the state-owned factory manager cooked the books to fool the communist central planner.

Perhaps that is why, in a society consumed with checklisting virtually everything—from relationships to job performance to government programs—there have been so many failures of accountability in so many fields, including finance.

Think Promontory Financial, which likely went through many checklists of proper corporate governance with MF Global. Regulators had reportedly assigned Promontory to conduct a review. With a generally laudatory report by Promontory, MF Global was then able to demonstrate to the government that it had mended its ways. But it may have been just that—a demonstration—that is, a “performance.” Promontory, acting as a paid, private stand-in for real government oversight, missed the broader picture of malfeasance that would explode just a few months later. The firm insisted that the “parts” of MF Global that went on to fail were not in Promontory’s purview, which may in fact be the point: auditing now often compartmentalizes at a time when system-wide analyses are needed to capture the new structural corruption.

We need to understand how corruption manifests itself in America in 2015. We need to ground accountability in the ethics of the broader society. Democratic societies run on trust. A civic society can flourish only when the public believes the system is accountable in a real, not performative, way. Without that trust, perception of corruption will only worsen and the ranks of outsiders will swell. And, contrary to the opinion of my young Ukrainian friends, that is no laughing matter.