We Need to Talk About Civil Asset Forfeiture 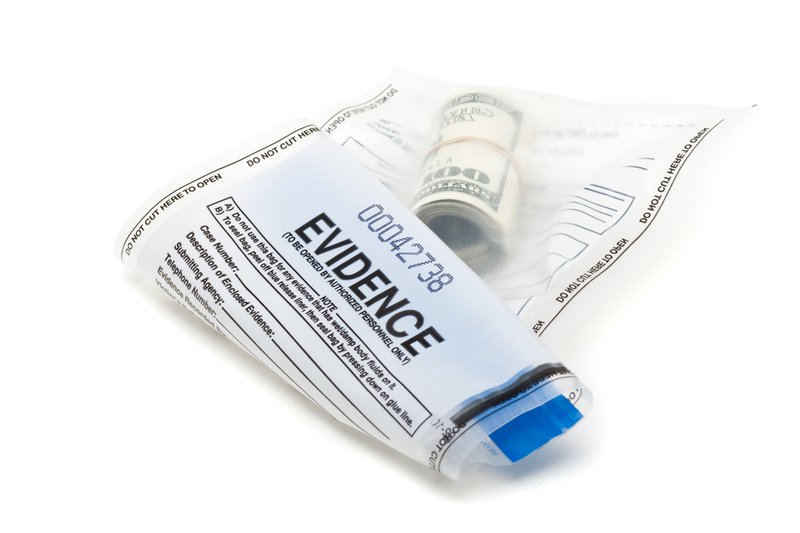 In August of 2019, Nailah* was stopped at the baggage claim at San Francisco International Airport by two plainclothes police officers who already knew her name. They gave no reason, but Nailah soon learned it had to do with the $40,000 in her carry-on.

Nailah is a beauty entrepreneur in Georgia. At thirty, she already owned several small beauty-service businesses in the South, selling products online and booking hair and nail appointments. Often, her clients paid in cash.

Like 30 percent of Black Americans, Nailah was “underbanked.” She took checks to check cashing centers and kept most of her money hidden in her home. Being able to keep her earnings in hand was, for her, the best option: it meant that she could hold on to the fruits of her labor without being subjected to fees and potential fraud.

Nailah dreamed of moving to California to expand her business in the San Francisco Bay Area. When she flew to SFO, she took $40,000.00 with her, which represented the majority of her savings. It is not illegal to travel with any amount of money within the United States, and to Nailah it seemed safer than leaving it unprotected in her home. The money may have been noticed by TSA as she went through airport security before boarding her flight, but they didn’t say anything to her about it.

At the baggage claim, Nailah felt helpless and trapped as she grappled with a lose-lose situation. The officers told her she was free to leave, but indicated that if she didn't agree to have her bag and phone searched, they had the authority to hold them while they sought a warrant. Thinking she had nothing to hide, she agreed to the search. She was surprised when her cash savings from her purse and carry-on luggage were taken and deposited into a clear plastic evidence bag.

Nailah’s assets had been seized pursuant to a collection of federal and state policies called “civil asset forfeiture.” Created in the 1970s as part of the federal government-led war on drugs, civil asset forfeiture allows law enforcement agencies (including the police, sheriffs, DEA, and Homeland Security) to confiscate property, and then petition a court to keep it.

In theory, civil asset forfeiture serves an important purpose. It punishes and deters criminal activity by depriving criminals of property involved in illegal activities and helps law enforcement recover assets that may be used to compensate victims (for instance in recovering funds for Bernie Madoff’s victims). But in practice, law enforcement in many cities and counties have abused the purpose of the law, using it to seize assets to pad their budgets, capitalizing on the perverse incentive to seize assets even when it was not otherwise warranted.

The Nevada Policy Research Institute analyzed 346 forfeiture cases in 2016, and found that 66 percent of the forfeitures occurred in 12 (of 48) zip codes in Las Vegas: neighborhoods that are predominantly minority and low-income. The researchers suggested that forfeiture, in practice, targets the poorest, most racially diverse areas. As The Root editor Monique Judge aptly put it, “if the true intention were to go after cartels, we wouldn’t see asset forfeiture in poor neighborhoods, because members of cartels aren’t living there.”

When Nailah hired me to be her attorney, she asked if I thought she had been racially profiled. Over my career, I’d represented dozens of people who have had assets seized, and to answer her question, I looked to my case files for evidence of a pattern of bias. What I found surprised even me. Over 5 years and 61 cases, 30 percent of those who had their assets seized by forfeiture were white, and on average, 76 percent of white clients had their assets returned. Eleven percent of cases involved Latinx people, and 56 percent of their assets were returned. But the significant plurality of cases I worked on involved Black people: 49 percent of cases, with 63 percent of funds returned.

While my data is limited by my office location (the Bay Area), it does tell a broader story. The reasons for these disparities are no doubt complex, but I have witnessed that police and other agencies are less likely to observe due process with Black claimants. In several cases they skipped search and seizure formalities, and used impermissible tactics to coerce consent. These observations, combined with my data, are further evidence that police bring an implicit bias to their interactions with Black people.

As part of the conversations surrounding police reform following the murder of George Floyd and many other Black Americans at the hands of law enforcement, the steady flow of funds that law enforcement extracts from civil asset forfeiture cases cannot be overlooked.

State agencies can send forfeiture cases to federal agencies in exchange for a percentage of seized assets, in a process called equitable sharing. This process is controversial because it circumvents state legal limitations on forfeitures by bringing in federal officers. Unlike in criminal cases, claimants in civil asset forfeiture cases are generally not entitled to a free lawyer under the law.

The percentage of police budgets that derive from civil asset forfeiture varies widely. Fontana, Calif. is a typical example. In 2019 the Fontana police department received $3.14 million in equitable sharing payments in fiscal year 2019, roughly 5 percent as much as from the city budget. (You can see exactly how much your local police or sheriff’s department collected from participating in equitable sharing programs in 2019 at Justice.gov.)

Although not a large part of police budgets in most California cities, this funding source is largely free from the political budgeting process and, by extension, oversight. Unlike funds distributed from city coffers, politicians can’t tell law enforcement how much to seize each year, nor can they reject the proceeds. That makes it harder for cities to limit the funds law enforcement agencies can use to purchase military-style supplies—the same kinds of supplies utilized by police around the country in the previous weeks. In 2014, the Washington Post described the seized assets as a “free floating slush fund” which could be used to buy expensive military toys like “humvees, automatic weapons, gas grenades, night-vision scopes,” and other assorted instruments of state control.

This is a problem that is getting worse. Federal forfeitures alone grew by 4,667 percent between 1986 and 2014 to $4.5 billion a year. That does not include state court forfeitures, which is less closely tracked. Unlike other crime data, the government does not track who is subjected to civil asset forfeiture by race or ethnicity. In a 2016 policy brief, an ACLU analysis of data from the Department of Justice and the U.S. Census Bureau, found that a full half of all federal “equitable sharing” payments to local law enforcement went to those agencies policing communities where more than 70 percent of residents are people of color. More than 85 percent went to agencies policing communities in which people of color make up more than half of the population. Other investigations found that minorities, immigrants and low-income communities are disproportionately at risk of having their property seized.

Nailah was eventually able to recover her money, but it took over six months from the initial seizure and she was responsible for her legal fees. She had to put her dreams of moving to California and expanding her business on hold. Had the case gone to trial, it could have taken years before she would have had an opportunity to explain her side of the story to a judge and jury.

Civil asset forfeiture programs have an outsized impact on Black Americans and people of color. Addressing police violence and brutality against Black people is a matter of urgency. As part of the movement to rethink police funding and end racial injustices perpetuated by law enforcement, we must also address civil asset forfeiture programs; if we don’t, we will miss out on addressing a systemic form of injustice.

* Nailah’s name has been changed to protect her identity.

[Updated 9/15: This piece has been updated to clarify that Nailah was responsible for her legal fees.]