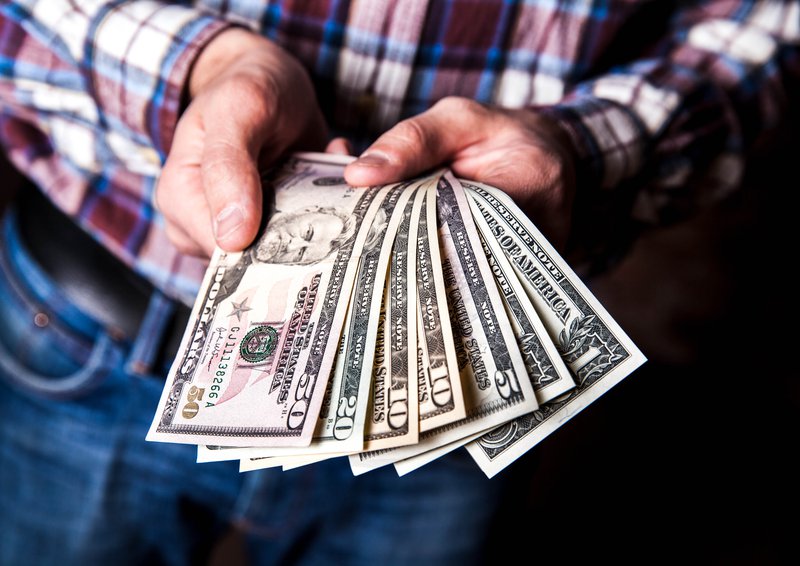 The power of populist politics in the 2016 election is forcing parties to take economic insecurity seriously, and to think of ways to soothe voter anger. Increasing the minimum wage or lowering taxes feel tired to voters, and thus more radical proposals to make Americans feel economically secure, like free college from Bernie Sanders (and now Hillary Clinton) and tariffs from Donald Trump, are also now a part of the debate.

One of the boldest ideas in policy circles is Basic Income, where every citizen has a minimum income guaranteed by the government. An odd coalition of conservative, libertarian, and liberal intellectuals has advocated for Basic Income over the past 60 years. But despite this storied history and its newfound popularity among policy elites, Basic Income is without a clear champion within the Democrat or Republican parties. But with the upheaval brought on by the 2016 election, that might soon change.

If Basic Income sounds like a crazy idea, consider the government already has a guaranteed minimum income for older people—it’s called Social Security, and it’s very popular. Basic Income would expand the cash transfer to everyone. In some versions, dependent children receive less; in others, the transfer phases out for those who make more money. But in all versions, a proposal to provide anything close to a living wage to all families would be expensive and require changing the tax code.

Basic Income is the most direct way to guarantee minimal economic security and blunt the effects of high levels of unemployment due to automation. And as big business continues to gain power and capital in the U.S. economy, Basic Income can redistribute it back to the entire population, which could boost economic activity and grow the economy. Or, at least, prevent a populist revolution.

But Basic Income doesn’t have a natural fit in either party’s platform. Republicans like Paul Ryan favor highly-targeted programs to low-income people. The most favored of these programs encourage work: think the Earned Income Tax Credit and limited time on welfare payrolls. And while Republicans are more in favor of in-kind or cash-transfer programs (for instance, they approve of vouchers and Pell Grants), they usually aren’t pushing for low-income relief (something Speaker Paul Ryan says he wants to change).

Democrats, meanwhile, are wary of cash transfer programs, and favor governmental and institutional expansion. Examples of this would be universal public pre-K, free college, and universal healthcare. When Democrats do approve of in-kind programs, they tend to be parochial by restricting how the money can be spent: think food stamps. Plus, many Democrats also believe in the inherent value of work, and so focus on efforts to improve the workplace through increasing the minimum wage and worker protections and benefits.

That puts Basic Income—a universal, and unrestricted cash transfer program—in an awkward position in our current policy environment. But as the parties realign, Basic Income may find a champion with the new corporatist, quasi-libertarian Democrats, while being vilified by the populist Republicans.

If you believe there is a coming realignment, then the future of the Democratic party is big business, and big business, especially the technology sector, will love Basic Income. The tech sector likes minimal government regulation, which has allowed them to gain monopoly power, amass giant profits, and control and manipulate entire areas of the economy. These companies are very opposed to heavy-handed market interventions such as breaking those companies up (Google, Amazon) or heavily regulating what it means to be an employee (Uber).

The tech companies will argue that they are efficient and keep prices low for consumers, and that heavy regulation will hamper innovation. With Basic Income, these companies don't have to change their behavior, but everyone would become more economically secure. Uber employees will be financially secure, even if they don't get paid much, and are automated away later by driverless cars (the same logic explains why Travis Kalanick, CEO of Uber, supported Obamacare).

No company wants to pay higher taxes, but they would trade higher taxes to fund Basic Income if it allows them to continue to dominate the market. Greg Ferenstein, who used to write for TechCrunch and has studied the political views of Silicon Valley elites said in a recent interview, “It is absolutely false to consider Silicon Valley anti-tax. They are not anti-tax, and they are not anti-redistribution. They are generally anti-regulation, but they are pro anything that uses their wealth to help the common good in way that doesn't inhibit economic disruption and innovation.”  Marginally higher taxes are not an existential threat. Market controls are.

And besides, these companies, often funded by ad dollars, understand that money needs to continue to circulate in the economy in order for consumers to keep buying things, which thus justify the business model of many of the tech companies' services.

And while it's especially true in the technology sector, the leaders and workers of large U.S. companies are increasingly coastal, cosmopolitan elites, which means the values of their companies will reflect their own values. Those values are not only socially liberal, but that the government should help people efficiently and with limited bureaucratic interference.

Cosmopolitan elites will also like how Basic Income helps prevent the proletariat from revolting without too many invasive policy solutions. Urban poor will like Basic Income because it will increase their incomes, and also frees them from demeaning parochial meddling of administrators telling them how they can and cannot spend their money (i.e., food stamps).

To be sure, many Democrats will oppose Basic Income. They will argue that it will dismantle parts of the social welfare state (which it will). These Social Democrats will be wary that Basic Income will replace various safety nets. But with big business and urban elites in favor of the idea, there's a good chance the Democratic Party will come to embrace Basic Income.

Populist Republicans, however, will see Basic Income as everything that's wrong with the elitist Democrats. We can group these new populists into two categories: conservatives and progressives (yes, progressive Republicans—keep reading).

Conservative populists will dislike Basic Income for the same reason they hate welfare—it goes to what they believe to be the undeserving poor. One of the appeals of Social Security is that recipients "paid into it" while they worked (even though that’s not entirely true). Many will be upset that Basic Income would go to everyone, including those who don't, or can't, work. Instead, these voters will favor restrictive trade policies that protect American industry and restrictive immigration policies that keep out the undeserving immigrants. These conservatives don't want a handout, they just want a fair fight where American industry can compete, and people can work and earn a living and provide for their families.

Conservative populists may also be concerned with how Basic Income will affect communities. They will argue that work helps a community stay cohesive, along with other types of civic engagement such as family, churches, and associations. If massive corporations serve the needs of individuals (with a lot of robots), and those people rely on Basic Income to live, then what is left to hold a community together?

Progressive populists, who may or may not end up as Republicans, will have different concerns. Progressivism originally formed from many conservative values, and there’s no reason that we should believe progressives must be inherently liberal or Democrats. Strip away Elizabeth Warren’s liberal social values, and similarities emerge between her and Trump in terms of diagnosing the causes of economic stagnation.

For progressive populists, Basic Income doesn't fix the real problem: the ever-increasing centralization of power by private corporations and individuals. Basic Income, the progressives will say, is just a way to distract the masses from this dangerous power grab among a few major companies.

Progressives also tend to believe in the inherent value of work, which is a holdover of a century-old alliance with organized labor (an alliance, that Democratic leadership is increasingly ignoring, which Republicans are using to their advantage). Even as automation and productivity gains have strained the concept of a 40-hour workweek existing for all Americans, progressives still cling to the idea that work is the answer. That makes Basic Income a non-starter.

For them. But those concerned with the value of work may end up in the minority. After the turmoil of realignment, new policy ideas will flourish as new coalitions form. Expect Basic Income to be one of those ideas.