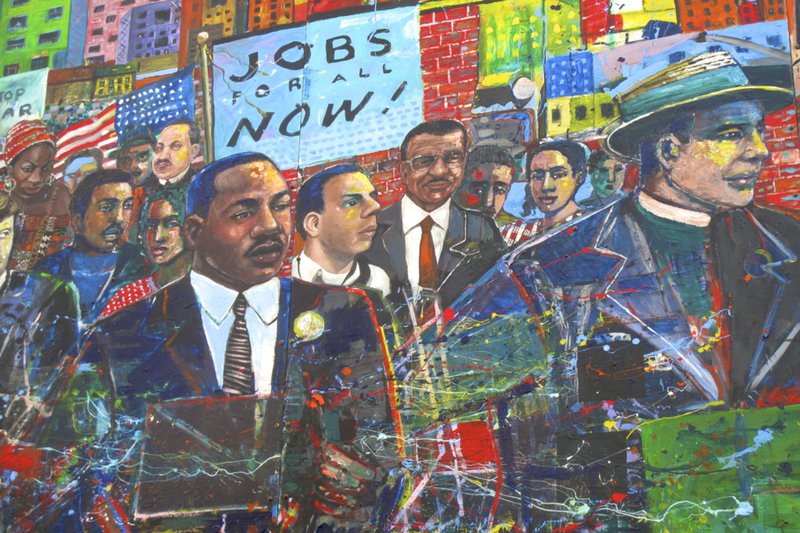 Wherever you stand on the political spectrum, and whatever your opinion on the current administration, it’s hard to deny that U.S. democracy is struggling. Just a couple months ago, the United States was, for the second year in a row, labeled a “flawed democracy” in the Economist Intelligence Unit’s annual study of the state of democracy: Scoring a 7.98 on a scale of 0 to 10, the United States ranked 21st, remaining 0.02 points away from being a “full democracy.”

As the 2018 midterm elections near, many Americans wonder what got them to this precarious point in U.S. history—and how they might bolster national stability. For some, the solution lies in the current administration, specifically in ending Donald Trump’s mandate. But this line of thinking suggests that the democratic decline currently on display is a new thing.

And is it, really? Or should we look back further to detect the first symptoms of deterioration?

Scholars of race and ethnicity often look at claims of the uniqueness of America’s present-day democratic crisis with more than a bit of skepticism, arguing that the United States has never really been a fully functioning democracy to begin with. This was the main theme of “The Undemocratic American State? Race and the Lessons of History,” a recent New America event that featured the political scientists Didi Kuo and Kimberly Johnson and the historian Marcia Chatelain.

“Trump poses a uniquely destabilizing threat in the United States, against a backdrop of democratic decline or weakness over the past few years,” said Kuo, pointing to rising political polarization, income inequality, and declining faith in institutions as evidence of this trend. And yet, while this phenomenon is arguably more severe than many Americans might be used to seeing, it’s not exactly novel or surprising.

In fact, Chatelain considers Trump to be “the most American president that has ever existed,” as he represents an amalgam of 200 years of U.S. history, encompassing what she considers American practices such as white supremacy and prioritizing capitalist interests. And as has been true for authoritarian leaders in other countries who’ve established themselves in democracies, Trump has often used democratic institutions to gain more power—largely by undermining the legitimacy of institutions and services like the media, the courts, and the FBI, in turn ratcheting up mistrust not only of the current administration, but also of the system itself and of the institutions that are supposed to represent voters. This social and political tenuousness poses an unnerving challenge for present-day America, in particular for minorities and people of color.

So, how to adequately face this period of uncertainty?

“We don’t want to fall into the lazy impulse and say that this moment could be predicted because history is just a cycle,” Chatelain said. “Because that’s inadequate.” As a historian, Chatelain is particularly concerned about the widespread idea that the United States used to be a unified nation and that it’s our goal to go back to that “perfect era.”

This idea, she explains, is extremely dangerous, because it creates a false narrative of a “golden era of X” that was, in reality, built on the exclusion of people of color. Thinking in this manner ignores the years of discrimination the U.S. government actively enforced until the latter half of the 20th century, and the terror and prejudice minorities have always sought to eradicate. In this light, she suggests that more radical change is needed in order to breathe life into a decaying democracy—change that’s only going to be possible via a strong core of intellectually sound and honest voices.

In addition, there’s the importance of addressing the related issue of economic inequality. Kuo observed how in Europe, for instance, rising inequality is often met with a rising left and with new calls for redistribution and practical solutions. In the United States, meanwhile, that same inequality is seen as natural, and it’s therefore largely ignored. Because of the nation’s history, leaders, even those who are part of establishment parties, frequently don’t respond to the needs of non-affluent people: the working class, the poor, and minorities, among other groups. (Of the Republican Party in particular, Chatelain said that, with its inability to openly condemn racial violence, it pushes away possible black voters who may have otherwise agreed with some of its rhetoric.)

As the panelists discussed what the years ahead may look like, there was both optimism and pessimism. Johnson, for instance, looked at the history of the Deep South, and how a completely authoritarian system was ultimately replaced by an arguably democratic one. On top of that, while it’s true that we live in a nation of deeply entrenched inequality and bigotry, lots of people today are openly pushing back against these destructive forces. Kuo, on the other hand, emphasized how the United States managed to build a reputation as an enviable democracy even during the Jim Crow era, and how, still today, issues such as police brutality and systemic inequality aren’t entirely seen as fact.

Either way, what the panelists agreed on was that we, as a society, must address the danger of the current situation, without detaching it from the grooves of history, which in many ways make clear how the United States got to this point. Chatelain added that the impulse to forget the Trump years—to label them as a singular moment of weakness in U.S. history—will be strong. But instead of trying to rewrite the narrative, it will be important to recognize that certain things did unfold and that certain damage was inflicted. Looking ahead, owning this history ought to be America’s No. 1 priority—because only then can it be a democracy both in word and in practice.