The trouble with the wall isn't that it's expensive but the message that it sends. 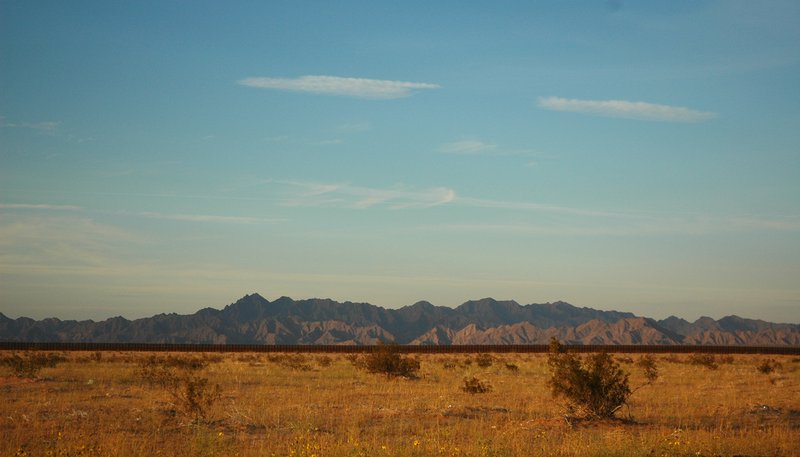 On the afternoon of Wednesday, January 25, during a visit to the Department of Homeland Security, President Trump signed two executive actions to construct a border wall and deport undocumented immigrants. This was the first concrete action he has taken to fulfill one of his prominent, longtime campaign promises – the construction of “The Wall.”

The Wall. It's disconcerting to imagine that it might be real. On the campaign trail, reporters found that even many of Trump's most ardent supporters assumed it was a metaphor. My own annoyance—and, I assume, their disbelief—is due primarily to the fiscal irresponsibility of the plan: Though estimates vary, some suggest it will cost upwards of $25 billion. And Trump’s promise that the Mexican government will somehow repay the US taxpayers for the cost of the wall—when Mexican delegates and officials have repeatedly said “um, no”—borders on the impossible. Not to mention that it may not actually deter a significant number of immigrants from crossing the border illegally. After all, where there’s a 40-ft wall, there’s a 41-ft ladder.

Ultimately, however, it’s neither fiduciary irresponsibility nor simple impracticability that got to me. Watching Trump, then Sean Spicer, then Trump summarize the plans for this wall shook up a strange cocktail of shame and anger in me, sentiments stemming almost entirely from my sense of what this wall will stand for, and what this wall will portray to the rest of the world. If US taxpayers foot the multi-billion dollar bill to have this thing constructed, we are shouting, “we don’t want you, you’re dangerous, and you don’t belong here” to all of our southern neighbors. This wall will be a tangible representation of our nation spending time, money, and resources prioritizing the formation of barriers rather than bridges.

The President’s remarks during his address to the Department of Homeland Security were not entirely negative. The construction of the wall and his plan to hire thousands of new border patrol officers would provide many Americans with much-needed jobs. His emphasis on cutting down on drug-related crime entering the United States via Mexico could certainly make a difference. And while it is true that some US-born citizens have been victims of crimes committed by undocumented immigrants, Trump’s remarks to the family members of these victims came at the wrong time, in the wrong place. The words that he intended as comforting and sympathetic were merely an extension of the hypocrisy and racism present in the rest of his speech. Every life lost as a result of a criminal is sad and wrong, but Trump’s insistence that this wall is the only way to keep us safe from criminals entering through our southern border is a blatant example of his jingoistic belittling of “the other.”

Since Trump’s campaign, the rhetoric surrounding this wall has focused on creating a clear division between two groups: US-born Americans and everyone who has entered this country from the south. The former are always portrayed as rightful, entitled citizens and victims, while the latter are the criminals and “bad hombres” intent on wreaking havoc on our nation’s soil.

I don’t think I have to spell out how ridiculously racist and single-minded this division is. I don’t need to defend the millions of hardworking immigrants who have entered this country selflessly seeking to create a better, safer life for their children. Nor need I point out the obvious fact that we are a nation of immigrants, a country comprised of people claiming this land as a gateway to a more hopeful future. This rhetoric, and the executive actions that have followed it, are a danger to the values this country—my country, our country—were founded upon.

My own connection to these questions is deeply personal—as, I suspect, is each of ours in different ways. A few months ago, I returned to the US after living for a year in an impoverished community on the outskirts of Guayaquil, Ecuador, that is largely ignored by the government. It was the Ecuadorian culture of hospitality that got to me most, and most fully. I spent my year as a gringa, and outsider, being welcomed into the homes of my Ecuadorian neighbors, friends, and co-workers. They extended a level of selfless, immediate welcome that derived, I think, from a broader devotion to family, relationships, and enjoying life with those around them.

During the Spring of 2016, while I was spending time with a close friend in Ecuador, a visiting American student asked her what she knew about Donald Trump. My friend’s response was a simple: “Well, I know he wouldn’t like me.” At the time, I wanted to immediately soothe her feelings and refute this belief that he wouldn’t like her just because she was Ecuadorian. This was one of the first moments during my time as a guest in South America when I felt a deep shame because of my nationality. Here I was, sitting in my friend’s house, facilitating a conversation between her and a group of American students, whom she had graciously agreed to host, and I was at a loss for words as I tried to disprove her belief that the potential next leader of my country wanted nothing to do with her. If I struggled to express that the United States truly is a land of opportunity and fresh starts then, how can I possibly defend this country with a freshly constructed, multi-billion dollar wall standing in the way?

With the construction of Trump’s border wall, we will be sending a message loud and clear to this same group of people that we, as a country, don’t share that spirit of openness. Where I, like so many others before me, was welcomed into a world not my own, we would close our doors and turn our backs. The creation of this wall will mean telling the rest of the world—and ourselves—that building a nation of immigrants is nothing to be proud of. We will be turning away from our own history in the most entitled, elitist way possible. The wall is telling our neighbors: while our ancestors and founding fathers may have been good enough to create a home here, you dangerous strangers certainly are not.

To be clear, it’s the symbolism of the thing that matters, and the symbolism of this wall is what makes it so important and so dangerous. Coming from a man who has built his fortune as a hotelier, this call to immediately begin the construction of this wall seems to be the extreme antithesis of hospitality. While his businesses are built upon providing people with a place to sleep or create a home, his obsession with this wall sets an example for Americans to be closed-off and exclusionary.

While some may dismiss the possible negative ramifications of this wall by negating the power of symbolism, I argue that we are already a nation built on symbols. New York’s Statue of Liberty, Washington DC’s Lincoln Memorial, and Arlington’s Tomb of the Unknown Soldier are all deeply moving and meaningful sites to both US citizens and those who visit our land. While these memorials and monuments stand for hope, valor, and opportunity, Trump’s wall would portray division, fear, and detachment. The executive action that President Trump has signed only accelerates the degradation of this country’s fundamental values, and I don’t want the burden of tearing down a literal wall and rebuilding proverbial bridges to be placed on my generation’s shoulders.