Trump Is Clearly Anti-Common Core. Is He Also Anti-Teacher? 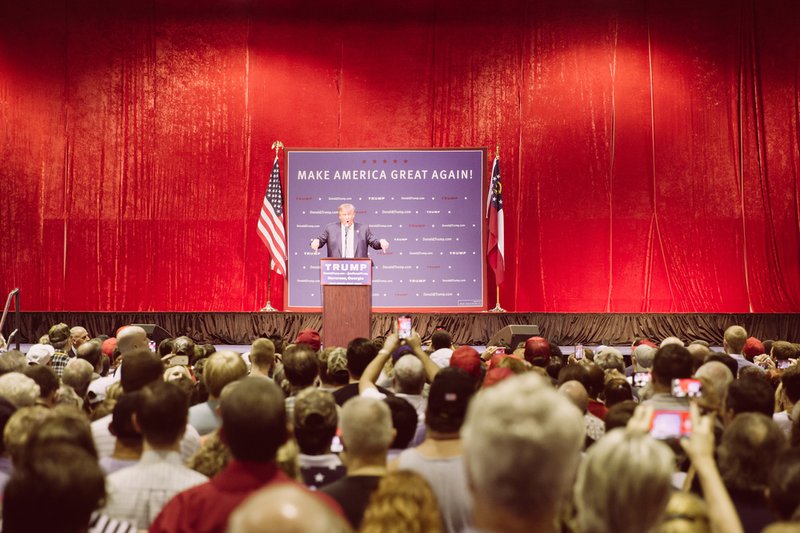 Donald Trump, leading Republican contender for President, loves everybody these days—whole groups of people, in fact. After winning the South Carolina primary, he professed his love for veterans, the military, the police, and Hispanics. And then, shortly following his Nevada caucus win, Trump declared his love for evangelicals, Hispanics (again), and, oddly enough, “the poorly educated.”

So, what about those responsible for ensuring people are not poorly educated: American public school teachers? Does Trump love them, too? Or might he spurn teachers and what they want and need to do their jobs well since they work to decrease his “uneducated” voter base?

There has been little talk of K-12 education among presidential candidates on both the right and left, with one notable exception: the Common Core State Standards. And when it comes to the Common Core, Trump’s position is clear. He recently called them “a total disaster” of federal overreach. His rival Ted Cruz agrees. Both have pledged to “undo” the Common Core once in office, in order to return education standards to the local level. (What Trump and his rival fail to understand is that the Common Core is a state, not a federal effort. And as such, only the states—not the federal government—can repeal or upend them.)

Trump’s plans to decimate the Common Core would actually be a total disaster for teachers. Because, according to a new report from Harvard University’s Center for Education Policy Research, a majority of teachers support the new state standards and are heavily invested in all matters of their delivery in schools. Surely, this is not how the real estate mogul treats those he loves.

To gauge educators’ perceptions of the Common Core, the report’s authors surveyed a representative sample of teachers across five states—Delaware, Maryland, Massachusetts, New Mexico, and Nevada—that were participating in new Common Core-aligned assessments in Spring 2015. They asked teachers about various aspects of their experience with the new standards, including professional support received and resources used.

As it turns out, teachers have largely embraced the new standards despite the fact that they have needed to change aspects of their instruction and the resources used to support them: 73 percent of teachers say they have embraced the new standards “quite a bit” or “fully.” And 81 percent of teachers believe that their colleagues are effectively implementing the standards while 83 percent believe that their school principal is too.

Further, while implementing the standards, many teachers have made major changes to their instruction and materials. In other words, any Common Core reversal would be a big blow to teachers. 85 percent of English teachers said they have increased evidence-based writing assignments—a type of writing that’s a critical part of preparing students to be ready for college and career. What’s more, 82 percent of math teachers and 72 percent of English teachers report having changed over half of their instructional materials in order to teach the new standards. Upending the Common Core—again, not in Trump’s or the federal government’s authority—likely would frustrate teachers, a majority of whom have just become accustomed to new instructional techniques and materials, and are invested in their delivery.

In a twist, the study also finds that the vast majority of teachers surveyed report using instructional materials aligned with the Common Core that were developed locally. For instance, 80 percent of ELA teachers and 72 percent of math teachers report using materials that they personally developed or were developed by colleagues. And about a third of teachers report using resources from the state of New York’s openly licensed EngageNY curriculum or resources from their own state department of education’s website—many of which were developed by states and local educators. Rather than upend the Common Core, Trump should upend the notion that the standards are a result of federal intrusion, when in fact states adopted them voluntarily, and local districts and educators themselves are responsible for their delivery in classrooms.

While this is the most recent and rigorous study of teachers’ views on the Common Core, there is also prior evidence that teachers perceive the standards and their effects positively.

To be clear, teachers still say they want more professional support tied to the standards. For instance, less than half of teachers report collaborating on a Common Core-related topic with their colleagues, or receiving content-specific feedback aligned to the standards, as part of the evaluation process or through informal coaching. This is particularly unfortunate given what the authors found to correlate most highly with students’ performance on the new math assessments: the frequency and specificity of feedback that teachers receive and the amount of time they spend in professional development on the Common Core.

However, these are perhaps unsurprising findings given that U.S. teachers have less time to collaborate with their peers and engage in professional learning than they do in other top-performing countries. And most states have failed to link evaluation feedback with support while keeping discussion of teacher evaluation and new academic standards—and professional development on both initiatives—largely separate, as found in a new report from New America. Moreover, in most states and districts, the school principal remains the primary person tasked with providing teachers feedback, despite lacking the time and content expertise to support teachers across all subjects well.

Rather than deride the Common Core as part of a grand federal government scheme, Trump would do well to critique states’ systems to evaluate and support teachers in the transition. Doing so would help bolster his vague education platform. Given teachers’ investment in what Common Core is doing, Trump’s preposterous plans for its “undoing” may make him anti-teacher. Perhaps Trump wants to capsize Common Core because he really loves keeping “the poorly educated” unenlightened, for his own gain.