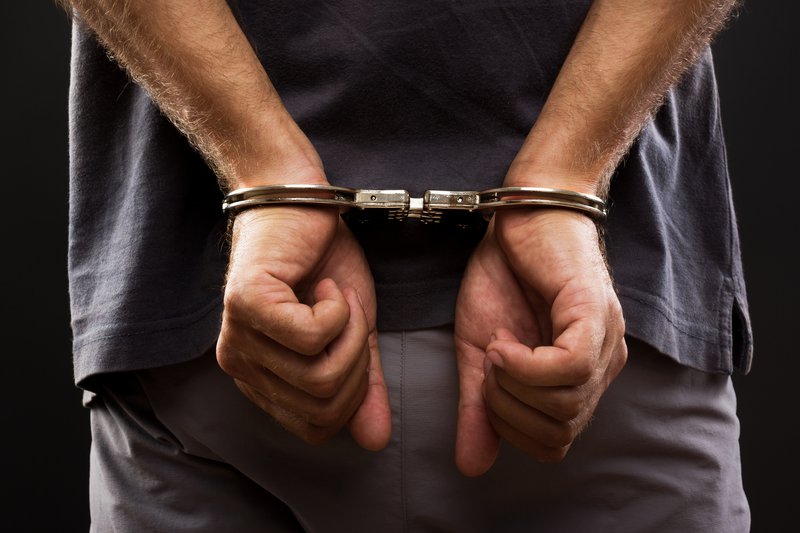 The era of tough on crime is over.

That much is clear from the political maneuverings of the 2016 election, in which candidates on both the left and the right have called for criminal justice reform. A chorus of politicians and decision-makers spanning the ideological spectrum has chimed in with the refrain that change is needed. Such broad agreement has led to some unlikely headlines—for instance, former U.S. Attorney General Eric Holder praising Rand Paul and the Koch brothers for their work on criminal justice reform.

But, though the headlines might make you think otherwise, ideologues on the right and the left have been quietly teaming up to effect criminal justice reform for years. In fact, New America Fellow Steven Teles, an associate professor of political science at Johns Hopkins, and David Dagan, a political science PhD candidate at Johns Hopkins, see the cross-party cooperation on criminal justice reform as a textbook case of transpartisanship. At a recent event held at New America, Dagan defined a transpartisan coalition as one comprised of two sides “that have come to this place reasoning from their first ideological first principles.”

Unlike bipartisanship, transpartisanship is “not a trend that’s being driven by a moderate center that’s looking for compromise,” Dagan continued. “This is a different kind of story, about true believers on each side reaching similar conclusions.”

At the event, Teles and Dagan introduced their case study of criminal justice reform, the first in a series of New Models of Policy Change case studies that examine the successes and limits of transpartisanship. They were joined in discussion by Ana Yanez-Correa, the Executive Director of the Texas Criminal Justice Coalition; Jessica Nickel, the President of the Brimley Group and former Director of Government Affairs at the Council of State Governments Justice Center; and Reihan Salam, the Executive Editor of National Review.

The participants laid out the long road to transpartisan cooperation on criminal justice reform, and discussed the forms that such cooperation has taken. “The explicit bipartisan kumbaya moments that we’ve seen in the last year are indeed a very recent vintage,” said Dagan. “It doesn’t really reflect how we got here.”

Yanez-Correa had a firsthand view of how we did reach this point—a point where presidential candidates, both Republican and Democrat, are comfortable proposing criminal justice reforms. An on-the-ground activist in Texas, which in 2007 became the one of the first states to implement reforms designed to prevent the growth of the prison population, Yanez-Correa explained how her organization, the Texas Criminal Justice Coalition (TCJC), partnered with conservative groups to pass reforms. “Our hearts told us that we needed to lead with things that we believed in,” Yanez-Correa said. “And we were going to lead with those values, until we hired a pollster that told us not to do that in Texas.”

Instead, the TCJC focused on finding conservative messengers who could package criminal justice reform in terms of conservative values—saving taxpayer dollars, strengthening communities, increasing public safety—so that the organization could do what mattered: pass reforms that improved people’s lives.

The TCJC’s method isn’t all that surprising in the light of recent research that examines how Republicans and Democrats approach politics. Americans tend to identify as Democrats because they agree with the Democratic Party on questions of policy, while they tend to identify as Republican because they agree with Republican Party ideology. In other words, as Ezra Klein explains in Vox, Democrats are all about policy outcomes—which can be achieved through compromise—while Republicans are all about ideology— – which precludes compromising on their values.

Those differences can gridlock Congress, but they can also provide the perfect opportunity for transpartisan cooperation, as happened in Texas, and can also explain why, as Dagan explained, so much of the change on a national level began when Christian conservatives came to see criminal justice reform as their issue. Similarly, Nickel’s story of the passage of the federal Second Chance Act—which reformed re-entry programs to better help recently-released inmates—showcased the opportunities that arise when policy outcomes on the one hand meet ideology on the other. “Members that have been really committed to this for various reasons,” she noted.

But that opportunity may become a liability. In fact, despite the panel participants’ triumphant assertions of the strength of the transpartisan criminal justice coalitions, there was an underlying thread of concern that those coalitions might begin to fracture along the very same policy-ideology differences that allowed them to cooperate in the first place. “These differences haven’t mattered much over the past eight years,” Teles explained. “But they could in the next few years, as concerns about rising crime in some big cities, protests against the police, and increasing anxiety about drug use threaten to re-polarize the issue.” And Teles may be right to worry, since he and Dagan argue in their case study that a big factor in the criminal justice fight was that the salience of crime as an issue began to decline.

The coalitions’ dependence on decreased salience may be a problem for a different reason, as well. Salam noted that public concern about crime has decreased because poor, black Americans now bear a disproportionately high burden of crime. In the past thirty years, the share of black Americans living in hyper-segregated urban neighborhoods dropped, but those communities have become far more violent. These changes have led to rise of aggressive urban policing in such areas – and, Salam argues, those policing methods are not effective.

Salam raised the concern that, because the current criminal justice reform efforts rely on decreased public concern about crime, and because so many partners on the ideological right are of a libertarian bent, the movement, however transpartisan, misses the areas in which the criminal justice system is failing most. “Communities where people do not trust police are communities where the criminal justice system has failed egregiously, and it’s failed egregiously to actually protect people from harm,” he contended. Conservative partners, Salam argued, should focus not on budgetary concerns only, but on keeping communities together and treating police forces as resources that can be used by all sectors of society, even the poorest and most violent. According to Salam, the coalitions, despite their successes, have focused on the wrong part of the criminal justice issue and, consequently, may never be able to address the system’s true failures.

Nickel was more optimistic. She has found that activists and politicians have been able to build on their success and apply their transpartisan cooperation to other criminal justice issues. For instance, the same group of true believers who worked to pass the Second Chance Act shifted to reducing the prison population via justice reinvestment. “I like to describe Second Chance and justice reinvestment as sisters,” she said. “They work together in tandem.”

Yanez-Correa agreed. She had faith that transpartisanship can continue to encompass all criminal justice issue areas, and that the successes of criminal justice reformers may spark cooperation on other issues. “I am hopeful that this is going to be an inspiration to other groups that are working on meaningful reforms to benefit all facets of society,” she said.

More importantly, Yanez-Correa believed that criminal justice transpartisanship testifies to the possibility of overcoming political barriers. “All of those names and tags we provide to people kind of have melted away once we started having real, honest communication about what we needed to do,” she said. “That’s the real story that I want to say—is that people are people, they have hearts, they have emotions … I genuinely feel that, no matter what, they want to see good things happen.”