This Cash Cow for Cops Should Stop 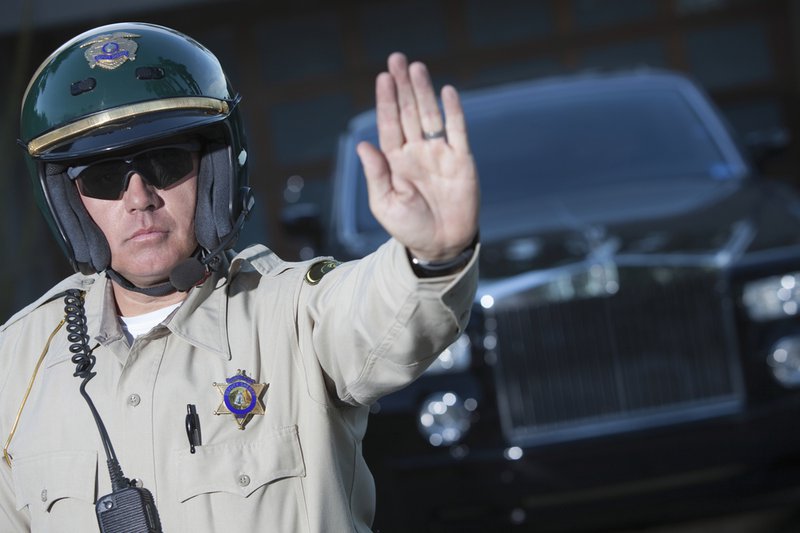 Once again, police can keep your cash.

In a disappointing setback for criminal justice reform, the U.S. Department of Justice announced last week that it would revive “equitable sharing.” This controversial asset forfeiture program allows police to seize and keep cash, cars, and even real estate without filing criminal charges or convicting the owner of a crime. Facing budget cuts by Congress, DOJ temporarily suspended $1.2 billion in equitable sharing payments last December.

Under equitable sharing, local and state law enforcement agencies can collaborate with a federal agency (like the DEA or ICE) and move to forfeit the property under federal law, which has few safeguards for property owners. Innocent, third-party owners actually bear the burden of proof in a federal forfeiture case, meaning they are essentially guilty until proven innocent. Moreover, prosecutors need only show that there is a connection between a seized property by a “preponderance of the evidence,” a far lower legal standard than “beyond a reasonable doubt,” which secures a criminal conviction. Worst of all, equitable sharing also works against criminal justice reforms at the state and local level. To put it very plainly: Equitable sharing is bad for state reforms and individual rights, and emboldens officers to do the wrong thing for the wrong reasons.

Federal police and prosecutors are actually rewarded for their evasion. Once a property has been forfeited, agencies can receive up to 80 percent of the proceeds. By comparison, a report by the Institute for Justice (which, in the interest of full disclosure, is also this author’s employer) found 16 states and the District of Columbia either ban state and local law enforcement from self-financing via forfeiture, or offer a lower payout than the feds.

For instance, North Carolina only authorizes criminal forfeiture (which requires a conviction) for its drug cases. Meanwhile, under the state constitution, “the clear proceeds of all penalties and forfeitures” are supposed to fund public schools. But by participating in equitable sharing, North Carolina agencies can bypass these requirements entirely—and they have done so with gusto, collecting, on average, $11.5 million in federal forfeiture funds each year. Clearly, equitable sharing creates a perverse incentive to seize.

Given such powerful motivations to police for profit, it’s no surprise that the victims ensnared by equitable sharing are vast. Mandrel Stuart had to close down his restaurant after police seized $17,550 from him during a traffic stop in Fairfax County, Virginia. Russ Caswell, who owned a motel in Tewksbury, Massachusetts, nearly lost his motel after the Justice Department tried to forfeit the property. The officers in question argued that the property “was used to facilitate ongoing criminal activity” because, out of nearly 200,000 rooms rented out at the Motel Caswell, there were about 15 “drug-related incidents.” Only after the Institute for Justice represented him pro bono did Caswell prevail in federal court.

Nationwide, a groundbreaking investigation into equitable sharing by The Washington Post in 2014 found agencies made nearly 62,000 cash seizures since 9/11. None of these seizures involved indictments or warrants. In a telling display of profiteering, the Post uncovered over 500 departments and task forces that “seized the equivalent of 20 percent or more of their annual budgets since 2008.”

A follow-up investigation by the Post later that year found that, since 2008, more than 5,400 law enforcement agencies spent $2.5 billion in equitable-sharing funds. Incredibly, “in 81 percent of cases no one was indicted.” Nationwide, agencies spent more than $215 million on salaries and overtime—nearly ten times as much as was spent on “community-based programs” like drug treatment or youth crime prevention. Equitable sharing has also fueled police militarization, as departments have used the forfeited assets to buy armored personnel carriers, automatic weapons and sniper gear.

Forfeiture enables law enforcement to routinely fleece ordinary Americans. Out of all properties forfeited through equitable sharing in 2013, half were valued at under $8,975, according to data analysis conducted by the Institute for Justice. Seizing relatively modest amounts can devastate an individual or family’s finances, and not make a dent in dismantling drug cartels. In fact, John Yoder and Brad Cates, two former heads of the Asset Forfeiture Office at the DOJ under the Reagan Administration, now believe “the tactic has turned into an evil itself, with the corruption it engendered among government and law enforcement coming to clearly outweigh any benefits.”

Similar outrage at forfeiture abuses has catalyzed an unexpected reform movement. On the left, the ACLU, Center for American Progress, and the Drug Policy Alliance all have condemned civil forfeiture for disproportionately victimizing low-income communities and people of color. On the right, conservative groups, including Americans for Tax Reform and the Heritage Foundation, oppose forfeiture for violating innocent Americans’ property rights and for making a mockery of limited government.

The outrage has, in some cases, been met with change outright. Minnesota, Montana, and Nevada now all require a criminal conviction to forfeit property. Maryland and Michigan provide better protections for due process. Just on Friday, Florida Gov. Rick Scott signed a bill that obliges police to actually arrest an owner before seizing their vehicle.

Most important of all, however, were the reforms enacted in New Mexico and the District of Columbia. Not only did the Land of Enchantment abolish civil forfeiture, it also banned transferring seized property to a federal agency, unless the property is worth at least $50,000. And starting in late 2018, police in Washington, D.C. will not be able to transfer any seized property, while any federal forfeiture funds will be directed to the general fund, away from police coffers.

Both efforts are crucial to prevent equitable sharing from undermining reform, as it has in other states. Already in New Hampshire, Gov. Maggie Hassan praised the resumption of equitable sharing, just days after she threatened to veto a sweeping reform of that state’s forfeiture laws.

But a federal law put this in place, and a federal law should take it away. Out of a respect for due process, property rights, and federalism, Congress should act to end police profiteering.