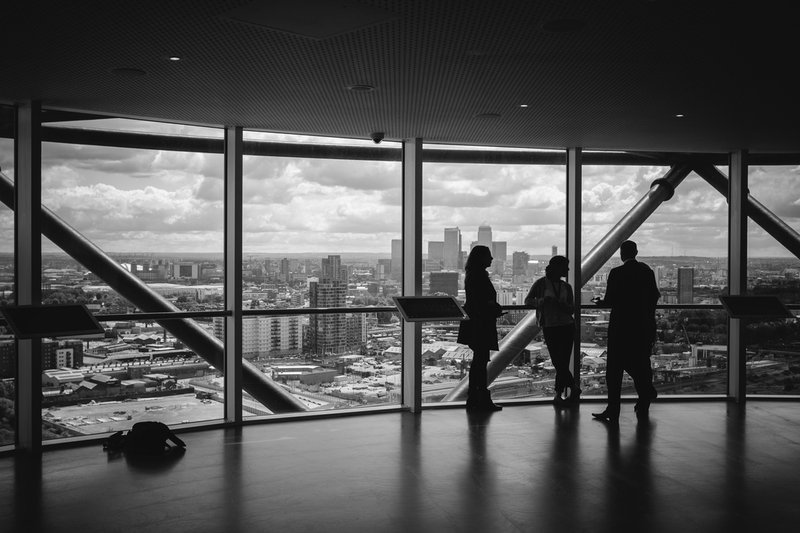 National private foundations that focus on poverty have for years brought a pretty consistent set of protocols to their community-based work.  First, program officers and consulting experts identify root causes and look for possible interventions, focusing on places with a concentration of poor people.  Then, program planners study a number of possible approaches in these “places,” based on consultation with these experts and followed by the development of position papers. In the course of this process, the foundation staff develops a “theory of change” that helps identify the most appropriate high impact levers to pull to achieve our goals.  Along the way, program officers visit communities, develop relationships and thought-out criteria, and carefully plan the roll-out of a program.  The program usually consists of a set of interventions, typically in the form of grants (or sometimes loans) to local nonprofits and communities based on carefully vetted criteria for participation, executed on a timeline, and set against a curated set of success metrics suited to the foundation’s theory of change.

That’s why it was a bit of a surprise when we (at the Heron Foundation) found ourselves doing “work in place” in Buffalo, New York.  Our Buffalo “initiative,” if we could call it that, seemed to have happened almost by accident.  We didn’t identify Buffalo as a target community. We had no grand plan nor set process, and at first, only casual knowledge of the city, other than that Buffalo was rated the fourth poorest city in the nation, with a particularly high minority poverty rate.  Our work there started as a response to a Heron board member’s referral of the local community foundation.  That conversation gradually expanded in reach and quality, and, fueled by local demand, began to develop into a dense, high-quality stream of opportunities. We found ourselves with brainstorming, funding, and investment partners. Before we did anything, we were experiencing mounting, incremental demand from within the community for things we might actually be able to do to help.  Importantly, we were also learning about things that needed work but that were beyond our reach.

We ended up working in Buffalo not because we had a carefully crafted local initiative in a chosen place based on our programs, resources, and rules. Instead, we found ourselves discussing what was already underway with colleagues both in and outside of Buffalo, and reflecting on what we (and others) might do to help.

This is the story of how, by being flexible and open to opportunities as they arose, we were able to engage with and connect a diversity of players and sectors—the Mayor, foundations, a hockey team owner, the medical campus, a small business center, community members, the university, family offices, bankers, and many others. By not having a role or a stake in one approach, one grand theory to which we had wedded ourselves beforehand, we were able to bring in appropriate technicians, deal-makers and experts to do the advising and investing when the time came and as events unfolded. More often than not, we connected a community member with someone who was better suited to help than we were, or simply connected resources or efforts already in progress.  And without realizing it at first—and possibly because of our outsider status—we became a trusted neutral party for a number of contingents in the community.

Despite a fair amount of activity, we have invested relatively little money, at least thus far. (Our one big bet has been a $1.5 million grant to push the medical campus to contract with local small businesses.) But the lion’s share of dollars have come (and will come) from others.  We helped a small business center in the inner city get a good business plan, which allowed it to set itself up for sustainability over the long run. We paid for a study comparing “green” to “grey” stormwater treatment options, including the “intangible benefits” of green infrastructure as a method for connecting lower- and higher-income communities, as well as the more tangible potential benefits of a bolstering of the type of factors that are considered by municipal bond rating agencies. We connected resources with and helped cheer on a “Western New York Impact Investment Fund” emanating from some local foundations, family offices and banks.  In all of this, we were agnostic about program areas, legal forms of organization and financial tools.

This is the story of “Connective Investing,” our provisional name for this approach, though at this point it’s far from fully formed as a practice (and is not even particularly new in concept). We don’t have a particular start or finish or application process for this so-called place-based approach. We don’t even have a baked set of requirements and assumptions. We respond to local interest and need, and we put irons in a variety of fires that look promising and responsive. If things gather steam, we might ramp up a bit. If they don’t, we work on something that’s moving somewhere else and stay lightly in touch. If and when demand heats up again, we help if we can. When things really get humming, other players—our foundation buddies, for example—are called upon to bring "better-baked” initiatives, specialized talent, or larger and more targeted resources at an appropriate time. When local talent feels more confident (in, for example, running a locally-focused private equity or loan fund to invest in local businesses), and gets things going, we pull back.

And so this is also the story of progress. When we have no further role, we can declare victory—and we can do so knowing that it’s the community’s victory, not ours. If and when it’s won, our part in it has worked because we’re dispensable.  To become so, we’ve honored others’ time lines, insights and priorities, and believe that the progress we have made together will be more durable as a result. Were it Buffalo or Boston or Baton Rouge or Baltimore, it would be no different.  They will be there long after we leave, so progress must be owned locally.

We think our experience of letting ourselves be gradually invited into a role and opportunities in place has promise, and we are seeing if we can generalize it to other potential venues. We are not suggesting that this is the only, or even the best way for national foundations to work in places where they don’t live.  We have, however, discovered that incrementalism, discovery, openness and uncertainty are valuable to the point of necessity in this kind of work.

Admittedly, this approach is more a kind of civic dumpster-diving than theory-of-change command-and-control initiative. And, to be sure, “command and control” is the only sensible way to do many good things in communities (large construction projects, fire regulation, or running a public transit system come to mind among the many possibilities). But the era of large, national top-down programs such as Head Start or the wholesale expansion of public housing is, at least for now, past.  And their focus on a single aspect of a community made them, and communities themselves, vulnerable in some ways.  Our experience has led us to a trial of the near-opposite, where we don’t focus on providing resources or promising programs in one area only, but instead see our role as connecting resources (from all sources) to one another so they can be mutually beneficial, sustainable and successful in one place.

In my opinion we foundations and other organizations that are indeed sincere in their efforts and attempts to make things better may routinely apply strict tactics too broadly because we have tended to believe them to be the preferred (if not the only) way to assure that local partners will faithfully adopt, scale, and sustain the new approaches demonstrated in such programs. Possibly the fact that most scaling strategies for health, social services and education have relied on government funding has led foundations to favor prescriptive “demonstration” approaches that can become faithfully replicated through government regulations.  And this has often been useful.

This story is founded on principles of openness and inquiry more consonant with principles of basic research and experimentation than with certainty and roll-out.  And as noted above, Connective Investing is not new.  Our “guiding principles” are doubtless familiar to others:

We communicate with a range of players, surface what’s already at work in the community; embrace an indefinite time horizon; look for promising opportunities; and see if there’s a role for us alongside others, accepting that the answer may be that there is not. That means that we must be invited into a community; that we look first for opportunity not for financial gain; that we see support from the community along the way; and, critically, that we work with those already in the community.

Turning outward, beyond the boundaries of foundation logics and program areas is not only sensible, it’s common-sense risk management. It seems self-evident that mission aspirations and resources cannot be isolated from the economy as a whole, if real gains against poverty, racism, illiteracy, disease, and similar ills are to endure over time.

If we are willing to admit that neither Buffalo nor any other place can be helped for the long term by an isolated “Heron initiative” or a “Heron dollar” applied to a carefully analyzed, programmatically curated and financially quarantined problem, and look instead outside that construct, there is a world of possibilities. In this world, Heron and others join in an initiative to connect and cheer on strengths and progress of many types, and we outsiders play a supporting, temporary, and hopefully minor role along the path to a strengthened community.

This is the story of how we begin.