The West Wants Isolation. What Now for Eastern Europe? 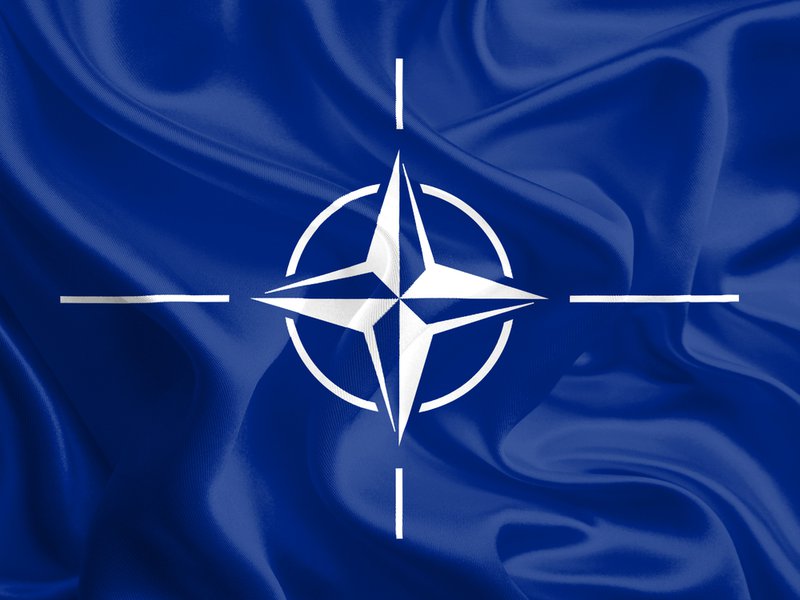 So said Donald Trump. While he may have been alone in putting the sentiment so bluntly (Trump will be phenomenal for isolationist rhetoric!), he is not alone in this thinking. The United Kingdom is considering the Brexit—that is, departure from the European Union. The EU, too, is considering keeping to itself, the latest example of which is the Dutch rejection of a non-binding referendum on an EU association agreement. Strains of political populism are on a roll in the West, bringing with them a broader geopolitical mood increasingly edging towards isolationism—and against long-cherished affirmations of Euro-Atlantic expansion.

But for embattled Eastern European states, NATO is not obsolete. Far from it. Which is why those who do not agree with the Donald must convey to these countries that it is time to get serious about investing in self-defense to boost national security and to jumpstart stalled NATO integration efforts. If Georgia, Moldova, and Ukraine want to join NATO, then, now more than ever, they need to show that they're willing to do—and spend—what it will take to be in the Alliance.

It's election year in Georgia. That means rhetorical broadsides, political maneuvering, dirty tricks, and more than your fair share of protests. With parliamentary polls set for October, the country appears set for a high stakes contest between a multitude of parties—liberal, conservative, technocratic, populist, pro-West, and, yes, pro-Russia.

But in Tbilisi, it almost seems like everyone only wants to talk about Donald Trump.

During what looks to be an especially seminal election year in Georgia, the candidacy of Trump and his upside-down brand of bizarro populism is a constant theme in my regular visits to Georgia. Journalists, government officials, friends, students, and even the hotel bellhop want to know the likelihood that the reality TV star’s gilded brand of outrage might actually propel him forward as the next president of the United States.

The questions start casually enough, but more often than not they turn to exasperation: Will Trump really pull the US out of NATO? Will a Trump presidency mean the end of an engaged US?

No, Trump is not driving skepticism of the West in Georgia or Eurasia. Economic crises, Western dithering, and NATO’s extended forbearance towards laying out an open pathway to aspirant states have been more than reason enough. Trump is not a cause—at least not yet—but he is a symptom of a broader Western malaise towards Euro-Atlantic expansion.

For Euro-Atlantic hopefuls like Ukraine, Georgia, and also Moldova, the wave of isolationist populism sweeping across the US and Europe is bad news, and a political development for which their customary advocacy strategies are not well suited. Mobilizing the graybeards in Western foreign policy establishments is unlikely to generate much in the way of momentum towards Euro-Atlantic accession, even if Trump et al. don’t make it into power (particularly given Eastern European dignitaries’ tendency to focus on overwhelmingly GOP-leaning cadres unlikely to see the White House in the foreseeable future).

On technical merit, a country like Georgia has done everything and more that has been asked of it—it is increasingly democratic, fields a capable and oft-praised military, and has been an eager participant in a variety of Euro-Atlantic security initiatives and stabilization missions. And yet Georgia labors on the wrong side of a hardening NATO border that effectively divides Europe into the haves and have-nots, despite Western rhetoric to the contrary. But Tbilisi’s appeals, again, remain wedded to an outdated conception of NATO—more as a post-Soviet civilizational club built on the strength of values, and less on the hard-nosed currency of conventional deterrence and military utility.

Yet, while the Alliance and their representatives continue to maintain the lofty rhetoric of yesteryear (that often plays out more in principle than in practice), the prospect of NATO members agreeing on the accession of vulnerable security consumers is likely to be a nonstarter. To put it bluntly, if there is a next wave of NATO entrants, the aspiring states will have to present a far more compelling security proposition than did their Eastern European NATO counterparts. If Georgia is seen by some in NATO as indefensible—a common critique—Tbilisi should do everything in its power to make itself seem as well-defended and unpalatable a meal as possible.

NATO has never been a substitute for a national security strategy. But in an era of Russian revanchism, a NATO candidate's contribution to—or detractions from—the regional balance of power is a serious consideration. At best, in risk parlance, NATO is a reinsurance policy (a backup for the backup) that provides redundancy for a state's organic self-defense capabilities.

Imagine, for a moment, that Georgia acceded to NATO membership tomorrow. Even with the reassuring blanket of NATO’s Article V collective defense, it is highly unlikely that Georgia’s current strategic insecurities would be adequately addressed. If Russian brinkmanship in the Baltics is any indication, many in Tbilisi would likely appeal to the broader alliance for reassurance or deterrence assets as an enhanced bulwark against Russian aggression. That would be a reasonable appeal for any insecure state, but adding to its growing roll of security consumers is exactly the scenario many NATO member states are hoping to avoid.

In my past conversations with continental European military officers about Georgia’s NATO membership bid, skepticism is rife. One consistent theme was a surety that Tbilisi would cull its modest self-defense capabilities once it entered the Alliance—a kind of Hobbesian tragedy of the commons in which the bigger powers are left to manage the small, Russia-flanking Caucasus state’s defense.

The logical contradiction contained in such a view is jarring—US discomfiture with European under-investment in defense is approaching crisis levels—but there is some selective logic in stubborn European opposition to Georgian membership (not to mention the possibility of Ukraine or Moldova, which are both far behind Georgia in corruption, defense transparency, and popular support for NATO membership). It does not require a leap of imagination to ascribe this cynical perspective to a kind of “buyer’s remorse” to the 2004 round of NATO expansion, which brought in Eastern Flank states Estonia, Latvia, Lithuania, Bulgaria, and Romania into the Alliance.

Yet of these five states, now the most vulnerable and exposed to threats of Russian adventurism, only one—Estonia—has maintained defense spending anywhere near the 2% NATO target in recent years. Even Poland, which has sought to establish itself as a regional linchpin, only cracked the 2% target in 2015—while Lithuania and Latvia are mired at 1.1 and 1%, respectively. Yet clamor for a more substantial NATO (read: US) military presence come most loudly and persistently from these very states that presumably have the most to gain from better investing in their own self-defense. That doesn’t mean the Alliance is obsolete. But it does give some in America room to say so.

Our Eastern European allies may have good reasons for under-budgeting their militaries, and they are all scrambling to close the gap sooner rather than later, but the implication for NATO hopefuls is clear: underinvestment in self-defense is not an option. In an era where populist and isolationist sentiment in the US and Europe is on the rise and NATO membership looks like an ever more remote prospect, the lost art of small state conventional deterrence—the ability of small states to develop capabilities to thwart or at least raise the opportunity cost of a larger aggressor state—is not an optional pursuit, but a matter of state survival.

Relatedly, in the context of NATO, it is reasonable to consider aspirant states’ efforts to expand indigenous self-defense capabilities as a dual investment in their membership bids. While NATO brass in past years advised hopefuls like Georgia (and, before that, the Baltics) to reform their militaries to be lighter, more mobile, and more deployable, the key metric today is defensibility. Amid a raging conflict, Ukraine has developed an increasingly credible military. And Georgia’s military has undergone extensive NATO-standard reforms and is now widely considered a capable fighting force. However, developing doctrines and force structure that fails to appreciably prioritize territorial defense neither helps dissuade foreign adventurism, nor gives expansion-wary European decision-makers any reason to rethink their opposition to NATO membership. Nor does it convince American voters to consider a statement on the Alliance’s relevance just another boorish boast made in the 2016 campaign.