The Psychological Argument for a Universal Basic Income 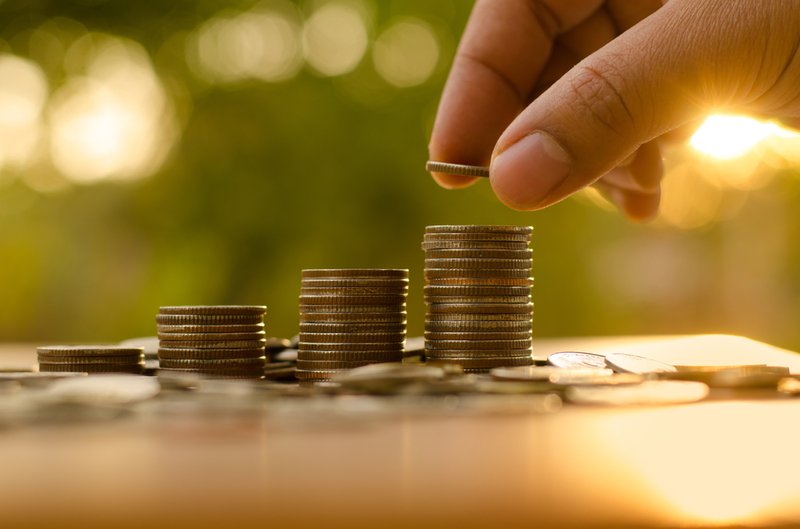 Arguments against raising the minimum wage—for example, those that came up after California and New York recently announced their intentions to raise the minimum wage to 15 dollars an hour by 2022 and 2018, respectively—typically focus on the economic and political implications of the policy.

Fair though that focus may be, it fails to take into account the psychology of scarcity. The brain has specific reactions to any form of scarcity, whether it presents itself as a lack of money, a lack of time, or even a self-imposed lack of calories during a diet. In a 2013 book entitled Scarcity: Why Having Too Little Means So Much, a psychologist and economist show that our cognitive capacity can only be stretched so far at any given moment. This is known as the bandwidth tax, because it inhibits our minds from effectively focusing on multiple tasks, and it means that scarcity limits our brain’s ability to deal with all of the demands placed on it.

Many modern families face scarcity of time, scarcity of money, scarcity of affordable housing, and scarcity of jobs. With all of these things to worry about, it follows that families with few resources face compounding barriers that limit their already stretched cognitive capacity. And while California and New York’s minimum wage increases mitigate the negative psychological impacts of scarcity, more can be done to strengthen American families who face a tough labor market and scarce resources. A universal basic income (UBI) that provides a monthly cash benefit to all adults and a smaller monthly benefit to children will allow for a decent minimum standard of living for all people, regardless of work status.

Whereas the minimum wage increase has benefits largely for low-income employees, a UBI would be advantageous for all members of the population, an important point considering that middle-class American families are increasingly coming into contact with scarcity. Despite gains in economic productivity, largely due to technological advances and a globalized economy, the U.S. labor force has not seen these gains in their paychecks; wages have largely remained stagnant since the 1970s. The Pew Research Center reports that the middle class’s percent of aggregate household income declined from 62 percent in 1970 to 43 percent in 2014. Some argue that recent economic trends are indicative of broader growth since more households have moved to the upper-income tier, while others suggest that the polarization of socioeconomic classes means that a strong middle-class is a thing of the past.

Either way, the reality remains that some households are benefiting from the economic structure while an increasing number of households, mainly low- and middle-income households, are losing. A UBI could be the solution to our rapidly changing labor force—a labor force that is increasingly subjecting full time workers to scarcity, bringing with it a host of psychological impacts for American families.

The potential benefits of a UBI are far-reaching. For those living in poverty, a monthly income that is not based on means tests, random requirements, or disincentives (as are other welfare programs) would both decrease the complications of the welfare system and provide more efficient, streamlined aid to the poor.

And while the increase in standard of living for our poorest citizens should be reason enough to pursue the policy, the poor are not the only ones who would benefit from a UBI. The middle-class, which we know to be fighting against a difficult labor market, could use the monthly income to subsidize savings, be it for college tuition, retirement savings, or a nest egg for security. The UBI can be the antidote to scarcity’s psychological impact on these struggling families. And the guaranteed benefit (even for those who don’t need the money) normalizes the program and removes much of the stigma associated with means-tested programs. Just as Social Security payments receive broad support because almost everyone participates in the program, a UBI could be similarly favorable because the payment is not targeted at specific groups of people.

Cash-based benefits present the greatest value to families since they can customize its use according to their needs. Programs with restrictive measures, like food stamps, are often justified using political concerns over how the benefit will be spent, but these arguments are based on moral assumptions about individual responsibility and fail to account for the structural barriers that make saving difficult, as well as the psychological impacts of scarcity that compound over time. Further, models such as GiveDirectly have indicated that traditional political concerns about how the resources will be spent don’t align with the evidence of cash-based benefits.

Using the justification that citizens are individually capable of making responsible decisions, Finland hopes to implement a UBI this year with a monthly payment equivalent to approximately $900. This move from traditional social welfare programs to a monthly allowance is based on the idea that cash-based benefits are better equipped to support citizens than a mix of government-run policies.

But we needn’t look as far as Finland: The earned income tax credit (EITC) is one of the United States’ most successful anti-poverty programs and it indicates both the psychological and tangible benefits that come from increased financial security. While the tax credit is tied to work earnings and a UBI is guaranteed regardless of income, the EITC exemplifies a cash benefit that is associated with work, income, educational, and health advantages. Specifically, the EITC is provided in a windfall payment at tax time and this lump sum allows families the opportunity to dream about saving, something that is not possible on a scarce paycheck-to-paycheck budget that is subject to frequent shortages. The EITC is a starting point for discussions about a UBI because it introduces the potential for more expansive cash-based efforts to reduce scarcity.

There would, of course, be political and administrative barriers to implementation of this plan. The obvious question that arises is the cost of a guaranteed income, which would seemingly be difficult to justify in a deficit-conscious Congress. The general answer is that the UBI would be funded by current expenditures on social assistance programs, although the details will require additional analysis. UBI could be financed through the braiding of existing tax and transfer programs, as the UK has done through their Universal Credit and which could provide a model for similar efforts here, although it is crucial that the UBI not be implemented at the expense of programs that disproportionately benefit poor people, and that these programs not be streamlined until the UBI is put in place. The consolidation of existing programs into a streamlined cash allowance is what gives a guaranteed income the potential to garner support across ideologies. Both Milton Friedman and Friederich Hayek supported a guaranteed income because it had the potential to reduce poverty while simplifying and reducing government spending on welfare. Even Republican President Richard Nixon attempted to pass a guaranteed income.

And yet, despite the success of the aforementioned earned income tax credit, there are essentially no American precedents for this precise policy. The Alaska Permanent Fund, a sovereign wealth fund that provides all Alaskan residents a yearly payment (the payment varies each year; in 2015, it was approximately $2000), is a close example of a guaranteed income in the U.S. However, even this comparison is a stretch—$2000 a year is nowhere near enough to live on and the payment is subject to fluctuations based on resource revenues. The costs and consequences of a guaranteed income should be based in evidence rather than theory.

That’s worth pursuing, because, right now, the evidence is this: The psychological impacts from scarcity are real and the ensuing outcomes are difficult to reverse. In an age of employment uncertainty and wage volatility, providing financial assurance that enables a family to plan for the future, outside of the psychological constraints of scarcity, is a paramount policy. California and New York are fighting scarcity with an increase in the minimum wage, but even this is not enough to ensure that a family can meet their basic needs. A universal basic income offers what American families need in light of increased scarcity and psychological uncertainty: a restructuring of the social contract for the modern age. The United States has the largest economy in the world. Its citizens shouldn’t suffer psychological scarring from scarcity.