The Government That Governs Best Governs 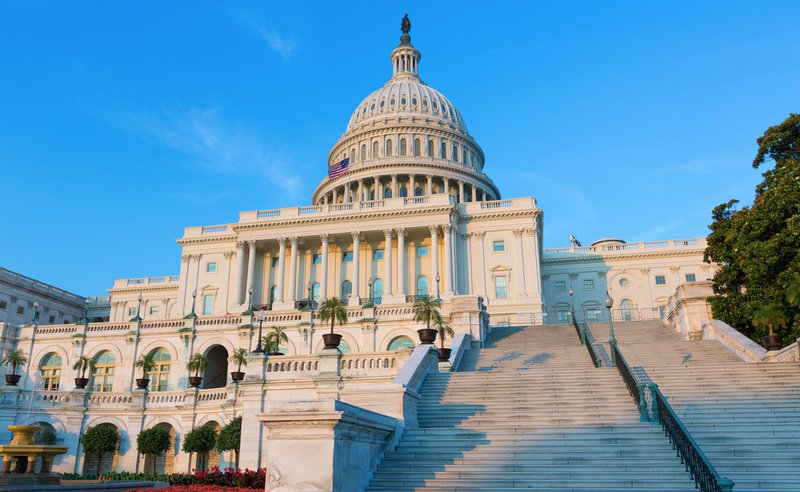 It takes government—a lot of government—for advanced societies to flourish.

Today, advocates of anti-government free market, resolute in undermining the one entity that has been responsible for nearly a century of unprecedented economic and social progress, would have us think otherwise.

But belief in government was once conventional wisdom in America: Over the last century, government played an enormous role in fostering American progress while allowing the United States to become a beacon of material opportunity. The government controlled for negative externalities (e.g. pollution from production, unequal income distribution), provided key collective goods that markets wouldn’t have (e.g. universal education, social security), and regulated markets to protect consumers and investors, and ultimately enabled the U.S. to be both progressive and prosperous.

That is the argument that Jacob Hacker, from Yale University, and Paul Pierson, from the University of California at Berkeley, make in their new book American Amnesia: How the War on Government Led Us to Forget What Made America Prosper, which they recently discussed at New America in conversation with Rebecca Burgess, who manages the Program on American Citizenship at the American Enterprise Institute, and Deepak Bhargava, Executive Director at the Center for Community Change.

As the title suggests, the authors’ argue that Americans have forgotten the government’s necessary role in supporting both freedom and prosperity. Attacks on government, which lead people to believe that free enterprise and big government are engaged in a zero sum game in which either Congress or commerce must lose, have brought about a fundamental lack of faith in government. For Hacker and Pierson, this is troubling for the health of American democracy.

American Amnesia warns of the dangers of forgetting.

Forgetting what, exactly? First, that the U.S. is a product of the mixed economy (a combination of capitalism and government control of markets, where the public-private mix varies). Energetic markets and effective governance have led to big breakthroughs. Hacker and Pierson explain that public health measures made cities engines of innovation, rather than incubators of illness. Investments in science, higher education, and defense spearheaded breakthroughs in medicine, transportation, infrastructure, and technology. Economic rules and regulatory institutions (like the FTC) tamed and controlled financial markets, turning boom-bust cycles into more manageable ups and downs. The transition from poverty, sickness, and mass illiteracy to wealth, health, and enlightenment happened because of government, not despite it.

This is not to say that, since then, American governing institutions have not grown are increasingly flawed. They have: Congress does not have the capacity to read or write all of its legislation knowledgeably; high demobilization of minority voters prevents that the voices of many are heard; and big money has cheapened the political process.

But the authors also believe moment of anxiety also presents an opening to borrow from that which has worked well in in the past in the U.S., as well as from other countries’ experiments with democracy. As Pierson said: There is money on the table to be picked up; there are many things you can do through public policy that would make lots of Americans better off.

Certainly, there isn’t one single solution. Problems are too complex, too interdependent, and too entrenched to make any single solution plausible. Hacker and Pierson make plenty of specific recommendations. They suggest making the system more majoritarian and rebuilding government capacity, which, in turn, would improve American political institutions overall. They also argue that giving power to the people requires that their right to vote is guaranteed, and that diffuse interests have a voice, too. That can be achieved, for example, through innovative forms of political mobilization like online tools.

But their larger argument is that we need a change in how we see government. And some of that change has to come from America’s financial and corporate elite. Because what is good for America is good for business. Businesses benefit when there is ample skilled labor (likely educated through public or publicly funded institutions), high-quality infrastructure (paid for by the government), access to markets (made fair by the government), clear and predictable legal structures (run by the government), and political stability (ensured by, that’s right, the government). None of this can be achieved—or, indeed, has ever been achieved—just by leaving the market to its own devices.

Public policies are, of course, not always perfect; they can hurt instead of harnessing the market. This is why checks on the power of government are a must. And this is why the authors argue, in print and in person, that we must find the right balance between the public and the private, free market and regulation. More government doesn’t have to mean less opportunity for the private sector. In fact, most of what government does is not about redistribution at all; it is about addressing a wide range of problems that markets alone are ill equipped to tackle.

So where do we go from here?

For Burgess, we need to simultaneously stop criticizing the government for criticism’s sake and revitalize a sense of citizenship. With more citizen engagement and increased familiarity with the role of government, we can start moving in a direction where the push and pull between government and free market decreases, and those in the private and public sectors both understand that the two complement each other. If we don’t know what the role of government is, how can we have a productive conversation about it?

For Bhargava, it is important to consider the counter incentives that people are facing in the realm of being more engaged. To ask ourselves how we can restore the political construct that promotes the positive aspects of government.

For the rest of us: Trump, Sanders, Cruz, and Clinton have been getting a lot of attention for talking about all the things that are wrong with the government. And that’s fine. But what if instead of only talking about all what’s broken in America, we also turned our attention to how much progress has been made so far? What if we talked about how things are getting better, albeit slowly, because of government? What if we acknowledged that it takes government—a lot of government—for advanced societies to flourish?