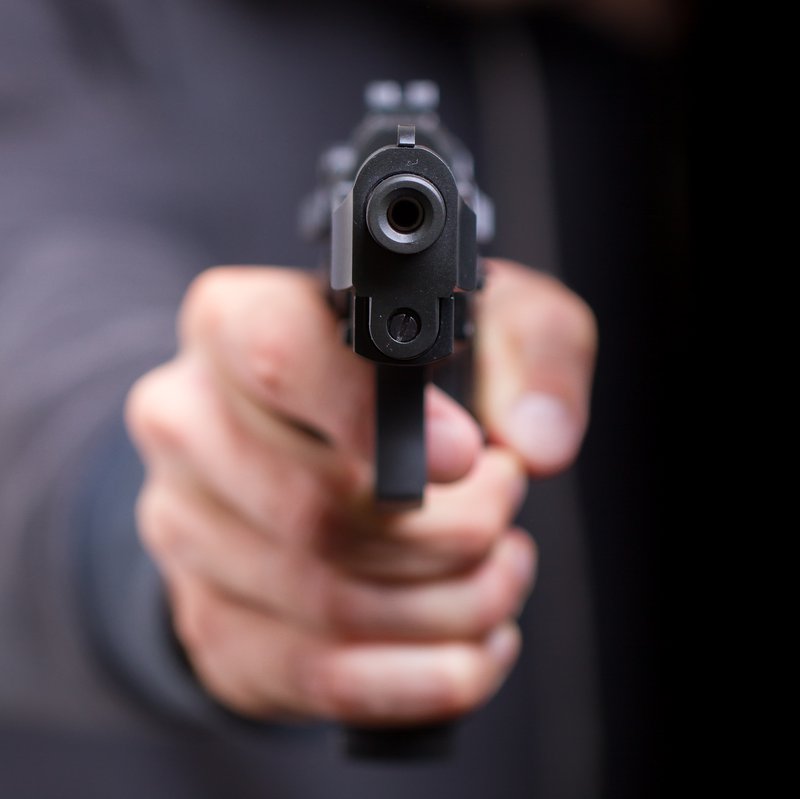 Policy based on fear may be expedient for politicians and profitable for the media and the security sector, but it is generally bad policy.

Modern attitudes toward jihadist terrorism are a good example. By design, terrorism has always grabbed headlines, but Islamist extremism now holds far greater political salience than other more lethal threats of violence, such as American gun murders. The tendency to fixate on this one threat is not just costly and does not only rob resources from other priorities—it also incentivizes more terrorism.

This summer has been tragically useful for analyzing differences in public and political reactions to terrorism versus other gun-related violent crimes and, more broadly, examining the influence of psychology and cognitive bias in public opinion and policy.

For instance, and most recently, French authorities announced last month they would pursue terrorist-related charges following the attempted massacre in a Paris-bound Thalys train. The gunman was a Moroccan Muslim, the incident topped global news for a week, and French President Hollande immediately awarded the Legion of Honor to the audacious passengers who thwarted the attack. That same week, and elsewhere in Roye, France, a gunman murdered four people, including a six-month old baby and a policeman who responded, in a camp of Roma, the largest ethnic minority in Europe. The gunman was reportedly a drunken Frenchman, the incident blew over in one news cycle, and those who averted further fatalities remain relatively anonymous.

Earlier this summer in the United States, four Marines and one Navy petty officer were gunned down at a recruiting center in Chattanooga and the FBI immediately initiated a terrorism investigation. Yet when nine parishioners were killed the month before in a Charleston church, the alleged shooter, Dylann Roof, was charged with a federal hate crime—despite his overt connection to politically motivated white-supremacist groups, which neatly fits the FBI’s definition of terrorism. While Chattanooga shooter Mohammod Youssuf Abdullazeez had expressed interest in the writings of al Qaeda’s dead cleric Anwar al-Awlaki, Roof had in fact written his own racist “manifesto.” Nevertheless, FBI Director Comey stated that Roof’s action did not qualify as terrorism because it did not constitute a “political act.”

In the aftermath of Chattanooga, I learned from a reporter at a major news outlet that his organization and others first dispatched junior reporters when shots rang out. However, once it was reported that the shooter was a bearded man named Mohammed, newsrooms mobilized and senior national correspondents descended on Chattanooga. And before authorities had even shared the basics of his arrest record, there was widespread speculation regarding Abdulazeez’s alleged links to the Islamic State.

While the tendency to over-respond to terrorism is universal, the American post-9/11 response has been acute and particularly exaggerated. Chattanooga exhibited this tendency, with some in the United States calling for the arming of recruiters and retribution abroad. By contrast, and after the Thalys train incident, President Hollande told his country to "prepare for more attacks," focusing more on resilience than on retribution.

Indeed, the narrative that America is in an armed conflict with radical Islam has shaped U.S. politics and policies — generally for the worse — over the last 14 years. The unprecedented trauma of 9/11 scarred the American psyche and predisposed Americans to perceive terrorism as a Muslim holding the gun, despite the fact that most terrorism doesn’t occur that way. New America recently released statistics that most terrorism incidents within the United States have been carried out by right-wing domestic extremist groups, rather than Muslims acting in the name of radical Islam. And research by the Triangle Center on Terrorism and Homeland Security found that “law enforcement agencies in the United States consider anti-government violent extremists, not radicalized Muslims, to be the most severe threat of political violence that they face.”

A large body of literature has highlighted the irrational fear of terrorism with titles like “Americans Are as Likely to Be Killed by Their Own Furniture as by Terrorism.” Nonetheless, foot-stomping the relatively low statistical risk of terrorism in the United States — approximately half as lethal as lightning, 1,000 times less lethal than firearms or motor vehicles, and some 20,000 times less lethal than heart disease — has done little to ameliorate the media’s breathless coverage and the government’s distended expenditures to counter the perceived threat.

So why does “jihadist terrorism” grab our attention more readily than more routine gun violence, racial hate crimes, or even domestic terrorism?

Chattanooga highlighted one reason. Servicemen dying by the gun of an avowed enemy in the context of an armed conflict may seem less senseless than yet another gun violence tragedy. Perhaps the suffering of affected communities is more easily channeled through outrage when the culprit can be seen as an outsider backed by the external and less familiar forces of radical Islam. Americans, like all humans, are inclined toward narratives where evil is perpetrated by others who can be vilified and contrasted with their own perception of righteousness. Violence by the minority against the majority can become an effective call to action — “us against them” is a compelling narrative. By contrast, “us against ourselves” or “injustice by those amongst us” are uncomfortable narratives that are more readily cast aside.

A second reason is that human brains are wired to give special priority to certain types of risk, and the media and politicians unabashedly leverage this biological predisposition to fear-monger for their own gain. Research in public risk perceptions by University of Oregon psychology professor Paul Slovic concluded that people generally downplay the risk of things they commonly encounter and over which they have control as compared to novel, random, and involuntary events. Thus people naturally fear terrorism more than lightning, cars, and disease, even before news outlets or politicians exploit this tendency, and despite knowing it is statistically less threatening.

Sociologists, neuroscientists, and psychologists readily explain such human idiosyncrasies as rooted in primal and instinctual thinking and the evolutionary biology of the human brain. Economist Daniel Kahneman (author of Thinking, Fast and Slow) received a Nobel Prize for dismantling the then-long-standing economic assumption that human actors were rational. This insight spawned the field of “behavioral economics” and shed light on counterintuitive economic oddities best explained by cognitive psychology.

The field of public policy needs a similar upheaval whereby people are assumed to be as much emotional actors as rational, and more should be done to acknowledge and account for "predictably irrational" human behavior. “Behavioral Policy” might help yield more measured responses to psychologically salient threats like terrorism. More importantly, it would help ground policy in data and reason vice the human tendency toward anecdote and emotion. At a minimum, it would help explain why one lone gunman in Charleston with racial motivations is charged with a hate crime, whereas another lone gunman in Chattanooga with religious motivations is immediately branded a terrorist.