For Tenants Facing Eviction, Legal Representation Could Make All the Difference 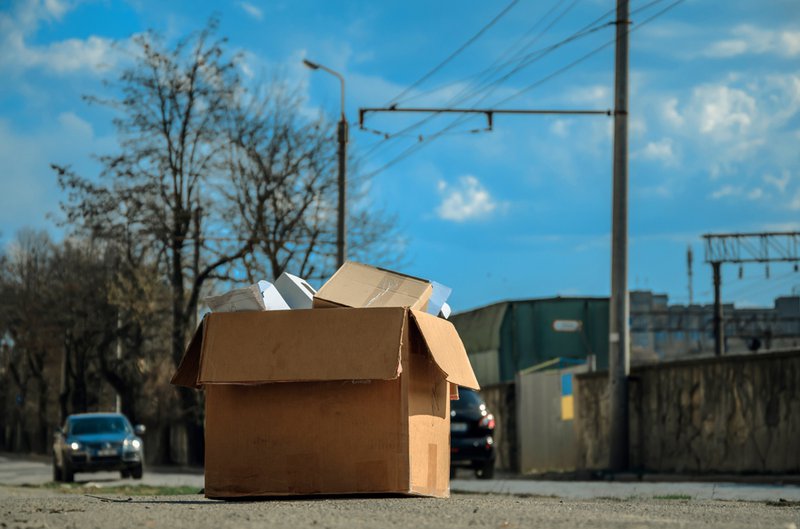 Almost 10,000 low-income individuals in Forsyth County, North Carolina have lost their jobs as a result of the COVID-19 pandemic—many worked in the accommodation and food service industries, which have been hit particularly hard by mandated closures. In an effort to support these residents, the county complied with Gov. Roy Cooper’s eviction moratorium, which was imposed this past spring.

That moratorium, however, expired on June 20th. Worse, at the end of June, 16 percent of renters in North Carolina said they had “no confidence” they could make their next month's rent payment, while a further 44 percent were only slightly or moderately confident.

In Forsyth County, this recent emphasis on halting evictions is an aberration. Historically, the county has protected landlords at the expense of tenants: Winston-Salem, the county seat, is among five North Carolina cities ranked in the top 30 U.S. cities for evictions, according to Princeton’s Eviction Lab. Data from 2016 shows that roughly nine households were evicted every day in the city, disrupting countless lives.

Evictions are traumatic experiences. Displaced families may be uprooted from their communities, lose their possessions, or be forced to switch school systems. This sudden disruption is notably detrimental to children, whose social networks and schooling may be jeopardized when their family is forced to relocate.

The living conditions renters confront following their eviction are often suboptimal: Many landlords turn away individuals with a recorded eviction, and the landlords who do rent to these tenants may be unwilling to maintain the cleanliness and livability of their properties, since they know their clients have limited options otherwise. One prominent property management firm in Forsyth County automatically rejects potential renters if they’ve experienced eviction in the previous four years. As a result, renters may even turn to extended stay motels, where eviction records aren’t screened.

While the Sixth Amendment to the Constitution guarantees legal counsel to defendants in criminal courts, the same rights aren’t extended to defendants in civil matters. The cost of legal representation may seem frustratingly steep, forcing low-income renters to represent themselves in court. As a result, tenants often navigate a confusing, chaotic, and intimidating judicial process without the assistance of an experienced lawyer. In the absence of legal representation, misunderstandings and mistakes—such as arriving at the courtroom just minutes late—can cost a renter their home before trial proceedings even begin.

Furthermore, tenants are often unaware of the specific defenses and counterclaims at their disposal, such as those relating to property conditions or the intricacies of tenancy termination. North Carolina statutes regulate how landlords can utilize security deposits, for example, and the failure of a landlord to follow these rules can constitute a defense for a tenant facing eviction. Furthermore, North Carolina laws specify a variety of actions taken by renters, such as filing a complaint or joining a tenant union, which cannot trigger a retaliatory eviction from landlords.

These defenses may go unheard, however, if tenants lack access to legal representation.

Landlords, on the other hand, are almost always represented, and typically have a nuanced understanding of the relevant legal procedures as a result of repeated experiences in court. The divide is staggering: 90 percent of landlords are represented by attorneys in housing courts across the country, while only 10 percent of tenants are. This gap predictably yields favorable results for landlords, as only one-third of unrepresented tenants facing eviction are allowed to remain in their homes.

When tenants seek representation, or are represented through legal aid programs, they are far more likely to reach a pretrial agreement with their landlord or have the case decided in their favor: Two-thirds of tenants with representation succeed in retaining their homes. But while legal aid programs try their best to provide quality pro-bono legal counsel for low-income tenants facing eviction, the number of tenants these programs are able to realistically serve is far fewer than what’s needed. Several North Carolina law schools house legal aid clinics, in which coalitions of students and professors commit to a small caseload of pro-bono representation. There are also legal service organizations that offer free counsel, although these groups are largely underfunded and unable to assist the majority of low-income renters facing eviction. Consequently, only a handful of Forsyth County tenants are likely to benefit from these free legal representation programs.

To ameliorate the gap in legal representation, some cities have created programs to provide free counsel to low-income tenants facing eviction. In 2017, New York City codified the first guaranteed representation program in the United States, and by 2018, the program extended legal services to 25,649 households. 84 percent of program participants were allowed to remain in their homes following the magistrate’s decision. A 2016 study suggests that the city could save hundreds of millions annually by guaranteeing tenants access to legal representation when facing eviction.

Forsyth County already faced an eviction crisis before the COVID-19 pandemic, and many are wondering what will happen to the thousands of renters who may be forced out of their homes now that Gov. Cooper’s eviction moratorium has expired. With evictions projected to rise nationally after state moratoriums are reversed, Forsyth County should consider new ways to keep residents in their homes. Guaranteed legal representation in civil court would provide renters with the resources they need. Without legal counsel, tenants will undeservedly continue to lose their homes and be exposed to the slew of financial, personal, and medical consequences that result from eviction.