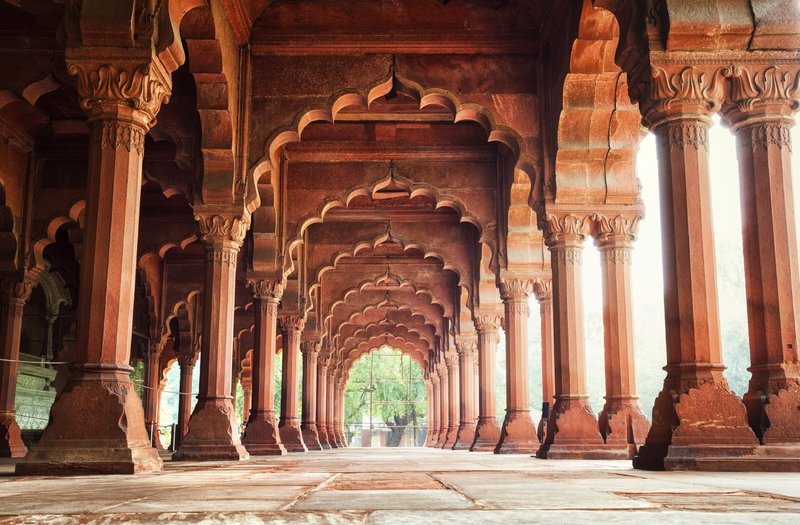 A whiff of jasmine in bloom cripples me with the memory of my grandmother’s house in India. I see her moldy walls and the bucket that we filled to pour water over our sticky bodies in the bath. When I visited as a child, she woke before dawn to sear bitter gourd and pop mustard seeds over a flame. All were welcome to pass through the wrought iron gate into her home: muggy air, whiny street cats, the din of the vegetable walla yelling and the auto-rickshaws honking, and droves of mosquitoes with a taste for American-born blood.

A few years ago, I climbed onto a rickety chair and reached above her musty armoire to the heirloom that she had saved for me. I coughed from the dust and weeded cobwebs from my hair as I carried the long bundle down to the bed. We sat together on the mattress, hard as a coffin, as I carefully unraveled the fraying rope and unfurled the batik cloak that clung to the antique.

The heirloom belonged to my great-grandfather, a music and art critic named K.V. Ramachandran who, a historian once wrote, struck fear into the hearts of musicians and dancers when he visited the concert halls of southern India. In letters he exchanged with UCLA composer and professor Colin McPhee, known as a founding father of ethnomusicology, my great-grandfather defined for Western ears the rhythms of Indian drumming. Occasionally, through fantastical tales—like the one of the mongoose that turned to gold after hearing the voice of a classical singer—he heaped praise on performers. The instrument I held in my hands had been custom-made for my great-grandfather as a gift, and its 20 strings had once reverberated with a sound that aroused the image of a melancholy wanderer in the Himalayan fog.

The day I first saw it, the instrument, called a dilruba, looked like the carcass of a ferocious beast. Its wooden neck was gnarled and warped, its strings torn. The gourd that made its notes resonate had collapsed like a diseased lung. An ivory comb meant to lift and hold the strings tense as my great-grandfather bowed them had cracked. Still, beneath its thick patina of soot, I could see a faint glimmer of inlaid ivory and alabaster along the neck, a blossoming of intricate patterns. The head of the dilruba was intact, the face of a growling lion carved into old-growth mahogany. It seemed well worth whatever it might take to restore and preserve it.

I’m the only descendant of K.V. Ramachandran in my generation who plays a string instrument (to the extent that occasionally strumming a guitar qualifies), and that’s what inspired my grandmother to decide that the heirloom should come to me. But it almost didn’t, on several occasions. A jealous uncle, an impulsive widow with wanderlust, a shop owner descended from the dilruba’s maker, and U.S. Customs each conspired to keep the heirloom from ever reaching me.

But thanks to a fantastical series of events that I imagine would have surprised even its original owner, the heirloom sits with gleaming new strings in my living room today. Its connection to my great-grandfather’s memory, and to a history that is lost, haunts me. Yet I know that it still does not belong to me. It belongs to the generations of my family that came before, and to the ones that will come after. It belongs to time itself.

But why, I have wondered lately, do we pass heirlooms frequently within families, and so rarely in our societies? Might there be ways for our decisions and our policies to better reflect our values with respect to the future, and our sense of stewardship over time?

This question—how we might collectively treat our shared knowledge, our natural resources, our scientific research, and our technologies as though each were an heirloom to the future—has driven my work in the realms of science policy, climate change, and public health over the past several years. It’s a core inquiry behind my forthcoming book on strategies we can use to reclaim our ability to imagine and act wisely for the future. Too often, our policies deviate from the aspirations and values that we have as people with regard to the future and coming generations. The cultural and structural reasons for the misalignment are many—they range from social discount rates to myopic metrics to failures of the imagination.  A cynical view has prevailed: None of this can change.

Just as I have seen an instrument from generations ago passed on through time and across oceans, I see the possibility for better collective foresight and regard for future generations. And as I reflect on this personal value that so many people share with me—namely, that we have a role to play as stewards of society’s heirlooms—I begin to hear a new note resonating: We can change, and will.