So You Think You're Not a White Feminist? 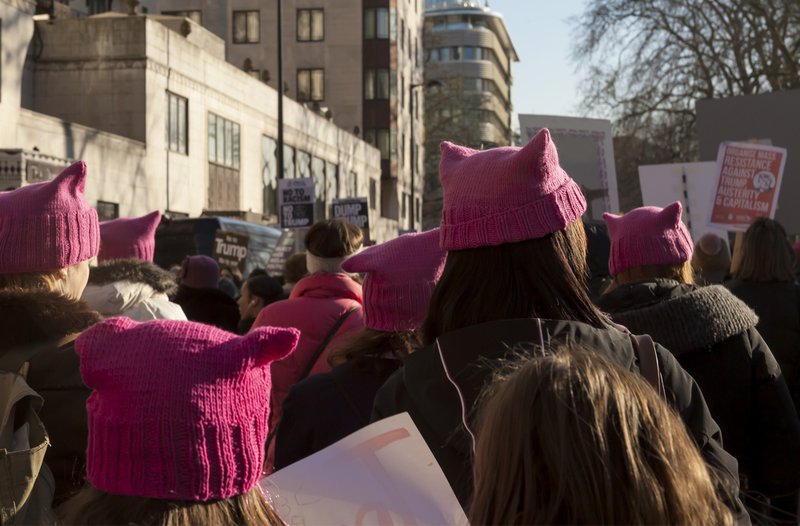 After the Oct. 31 SoHo truck attack in New York City, Lauren Duca, the author of the most-read 2016 Teen Vogue article “Donald Trump Is Gaslighting America,” was roundly criticized on Twitter for presenting her rejection of bigotry as universal to all New Yorkers. When Muslim and Arab residents pointed out that painting New York as an idealistic utopia of acceptance erased their actual lived experiences with prejudice in the city, Duca responded dismissively, telling people who took her statement out of context to “choke on their own bullshit.”

Duca is hardly the first progressive white woman to act this way, and she, arguably, isn’t even the most egregious one. More recently, Lena Dunham’s defense of her friend, former Girls writer Murray Miller, who allegedly raped a woman of color, the actress Aurora Perrineau, in 2012, showed once again that her feminism is often exclusively for women who look like her. And yet, white women continue to defend Dunham.

Too often, white people—and in this case, I’m speaking explicitly to white women who identify as progressives—label ourselves “woke,” “allies,” and “intersectional feminists,” and then call it a day. We assume that with these labels, whether we bestow them on ourselves (more on that later) or others bestow them on us, we know the correct things to say and the correct ways to say them. We cloak ourselves in those words, and use them as a comfortable shield from criticism and accountability. Put another way, we stop trying to be better—stop trying to earn the trust of the more marginalized communities around us.

We become, in a word, stagnant.

Progressive white women may be stagnant because we might not think it’s our place to speak on certain issues. One area in which we have a desperate blind spot, however, is holding our fellow white women accountable for their advocacy failings, and calling them into a deeper conversation about the reality that womanhood is lived and navigated in different ways for different women. We, instead, leave this task to people of color.

From a quick look at how media outlets have covered the role of white women in the recent Virginia gubernatorial election, it seems that the authors—in publications from Bustle, to The Washington Post, to Salon—trying most doggedly to reach the 51 percent of white women who voted for Republican politician Ed Gillespie, were all people of color. Of course, this isn’t to devalue these writers’ work, because that work is necessary and important, but it also shouldn’t be their burden, or at least certainly not their burden alone. Why aren’t white women more vocal about the injustices in our own communities? Too frequently, we leave that job to people of color, and women of color in particular. And, in turn, our inability—or, worse, unwillingness—to use the privilege we have to educate and assist becomes moral negligence.

But the issue goes deeper still. Many white women also repeatedly fail to support women of color, even when we’re supposedly progressive champions in other arenas. The launch of Wonder Woman, for instance, was lauded by the public as a feminist triumph, largely because of its star, Gal Gadot. The actress staunchly proclaimed, in an interview with Rolling Stone, “Every woman, every man, everyone should be a feminist. Because whoever is not a feminist is a sexist.” She’s also taken a stand against sexual assault, refusing to sign for a Wonder Woman sequel unless director Brett Ratner, accused of sexual assault, is removed from the franchise. In short, Gadot knows how to be an ally, particularly to those who look like her. But to take her logic a step farther, everyone who isn’t actively an intersectional feminist is tacitly supporting the oppression of women of color. And, the Wonder Woman franchise hasn’t yet become an intersectional, empowering space for women of color. The issues Gadot and white allies like her have chosen to stay silent about speak critically to their priorities.

The crux of the problem is that white women who label themselves “progressive allies” forget that ally-ship isn’t a state of being; it’s a constant practice. It’s the practice of questioning, rigorously and routinely, how our position vis-à-vis others might privilege us—the ways we might place whiteness above womanhood.

For one, it requires total honesty with ourselves, regardless of whether serious introspection reveals that we’ve been stagnant allies. We may be comfortable with our mild contributions but resistant to equality in its truest form, even—or especially—if that resistance comes in the form of a passive lack of awareness or introspection.

Equally important, better ally-ship demands an ability to listen, and to reckon with our wrongs by recognizing when we’ve hurt, expressing remorse, and not repeating the same mistake. Yes, it’s possible to be a good person—with the best, noblest of intentions—and still cause harm. This isn’t a shame tactic. Neither is it to suggest that we apologize for merely existing. It’s an earnest call to prioritize impact over intent , and to recognize when our attempts to do good go awry.

And, last, being a better ally requires that we use our privilege—in whatever form we possess it—to hold accountable those around us who are doing wrong and don’t know it, and those who are doing wrong but won’t accept it. For white women, this means speaking up to other white who use ally-ship as a defense—as an armor—against accountability.

Ally-ship, in its truest form, isn’t a medal or a one-time feat. It isn’t an honor we can even bestow on ourselves. It’s something, rather, that we ought to earn every day, again and again. It’s the promise to be better tomorrow—and then actually being better tomorrow.