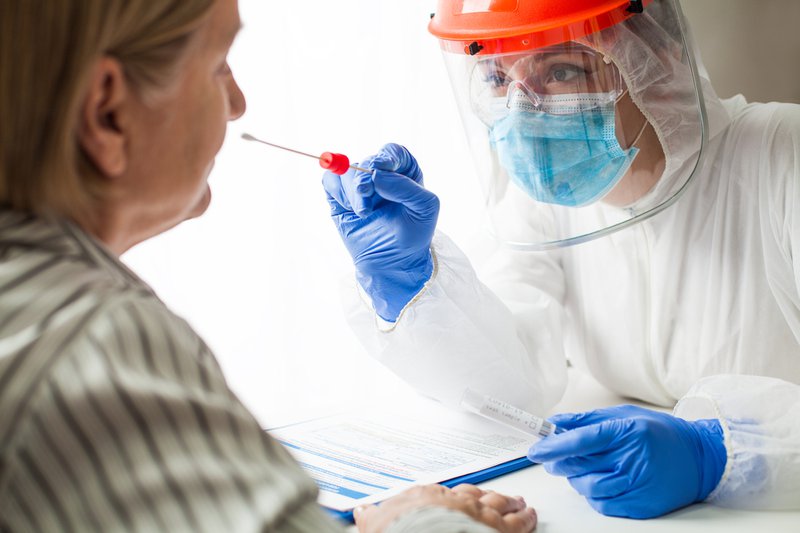 The following piece is adapted from a panel discussion on Day 2 of the 2020 Future Security Forum: Reimagining National Security in the Age of COVID-19, featuring remarks from ASU’s Chief Scientist, Complex Adaptive Systems Initiative’s George Poste.

As COVID-19 cases in the United States surge over 7 million and daily case numbers hover around 40,000—now, more than ever, is a time to reflect upon our country’s diagnostic preparedness. From the very beginning, the current administration was and continues to be ill-prepared to handle the crisis. Politics notwithstanding, questions still persist surrounding our public health agencies’ testing capabilities and response to the pandemic.

Too often, testing is the most neglected component in the myriad patterns of neglect across the entire bio preparedness spectrum. To address some of the main issues we should be tackling during this pandemic and others to come, we must address six key components of diagnostics preparedness—otherwise known as the six S’s.

The first “S” is real time situational awareness; without that, we are stumbling blindly into a crisis. Unless we understand the prevalence of a disease and its patterns of spread, we will not know how to act proactively.

The next S is surveillance, more specifically, global biosurveillance. We need to assess the threat of disease and its behavior in different environments. As COVID-19 and many other recent novel infections illustrate the spillover of viruses into people from animal reservoirs of infections (zoonoses) is a crucial problem.

The third S is speed. Once an illness is in our midst—or is suspected to be—we need to mobilize rapidly. Unfortunately, what we saw from the Centers for Disease Control and Prevention, was an abject failure, both as a combination of technical incompetence, as well as hubris and arrogance in the agency’s belief that they could produce a superior test to the WHO or academic laboratories. The CDC wasted vital time in the pursuit of a COVID-19 test, slowing down our ability to quickly handle the emerging crisis.

The fourth S is scale. Even when a robust and reproducible test is developed, the scale and planning for large scale distribution must be in place. We need the infrastructure to both manufacture and distribute the test across a network of centralized mega-laboratories capable of very high throughput and distribution to hot spots where the test is most needed.

The logistical challenges presented are daunting. According to various estimates, we may need upwards of 6 million tests per day to guide us through the upcoming fall and winter. The CDC, in addition to its initial ineptitude, should have been far more proactive in engaging the private sector. There's a critical lesson here, not just for diagnostics but for all aspects of preparedness: therapeutics, vaccines, PPE, ventilators, planning for potential hospital overloads and the need to protect vulnerable populations such as nursing homes. U.S. government agencies have been negligent in failing to engage the private sector in a suitably proactive way for rapid mobilization for multiple critical needs.

The fifth S relates to standards and regulatory oversight of diagnostic test performance. The FDA dropped the ball by offering multiple emergency use authorizations without adequate scrutiny of their performance. As a consequence, the United States became a wild west of testing. Suddenly, a floodgate of tests, many of dubious value and widely varying accuracy, entered the market.

The last S is systems. Diagnostics are but one part of a complex, integrated matrix of technologies, organizations and supply chains that must be mobilized in a pandemic. Interagency coordination within government is fundamental in this response. And, at this moment, it is performing badly, notwithstanding any additional complexities created by the intrusion of misplaced political interference. There continues to be unclear accountability and decision authorities which has created problems that pervade all elements of the domestic response. In addition to the U.S. response there is a parallel need for coherent international coordination, not just in diagnostics, but in recognizing the need for a systems-based approach to integrate the complex and diverse activities needed to curtail the pandemic.