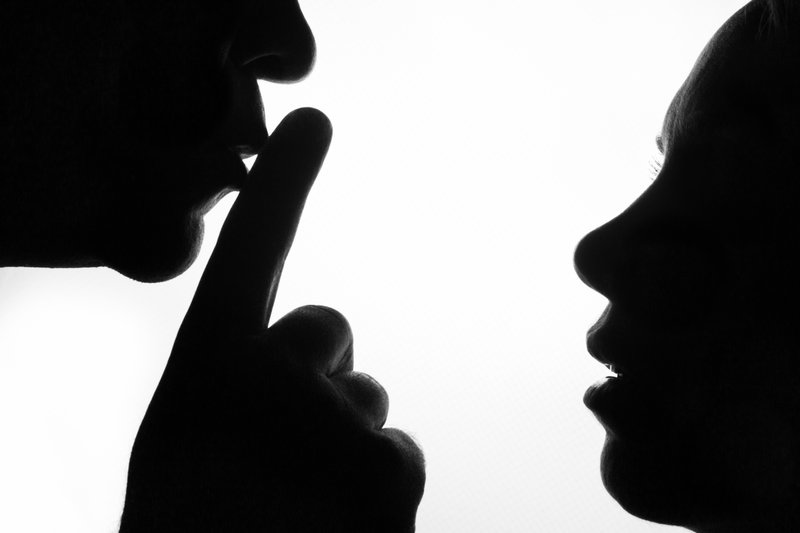 September was a heady month for #MeToo: Bill Cosby was sentenced to three to 10 years in prison for sexually assaulting Andrea Constand in 2004; Les Moonves stepped down as the CEO of CBS after at least six women accused him of sexual misconduct in July; and the new trailer for the final season of House of Cards killed off Kevin Spacey’s character, after Netflix severed ties with the actor in light of accusations of sexual assault.

And yet, despite recent, long-awaited efforts to address the pervasiveness of sexual harassment, enormous challenges remain. For instance, Secretary of Education Betsy DeVos is seeking to roll back the Obama-era Title IX protections for students who allege sexual assault, and doing so in a way that favors the accused. President Donald Trump, meanwhile, seems to be trying to discredit Deborah Ramirez, who accused Judge Brett Kavanaugh of sexual misconduct, by calling her “messed up” and “drunk.”

Amid heightened awareness of just how much sexual harassment permeates both the private and public sectors, is there anything we can do, really, to change a culture in which one in four women will be sexually assaulted on college campuses or sexually harassed in the workplace?

Last month, New America’s Better Life Lab released a report, titled “Sexual Harassment: A Severe and Pervasive Problem,” that tackles this and other crucial questions in an effort to determine the factors that drive sexual harassment across industry sectors. In addition, the report’s authors compiled “#NowWhat: The Sexual Harassment Toolkit” to outline concrete steps individuals and organizations can take to address sexual harassment in the workplace. I recently spoke with Amanda Lenhart, deputy director of the Better Life Lab, about the report—and how we, as a society, can make moves toward extinguishing the cultural phenomenon of sexual harassment.

In light of the resistance we've seen from some organizations whose members have faced allegations of sexual misconduct, what can be done to change workplace culture—especially in places that have a sexual harassment problem but may not wish to implement a radical solution?

We can focus on the ways in which having a respectful workplace actually creates a sense of camaraderie and a more healthful workplace, where people are more efficient and more dedicated. Toxic employees—people who engage in sexual harassment—can actually cost employers in turnover, in lost business, and simply in the cost of having to manage the person who’s toxic. There’s some research that suggests that the amount of money and time and energy you put into managing the person who was harassing other people in your workplace has an enormous cost to the business itself. So, it makes sense, from a purely financial standpoint, to reduce turnover, to improve employee morale, to improve efficiency, that you would root out this kind of behavior.

I’d argue that there are smaller organizations and groups that don’t have access to this type of research and information. How do you get this knowledge to the places that may need it most?

That’s part of why we put together the toolkit, which is the complimentary piece to the report. It’s a hands-on document that gives recommendations for every level, from agitating for legal change from your representative, to changing the laws that deny recourse to people when they’re sexually harassed, to showing what corporations and industries can do and what people can do at the grassroots level to change individual behavior.

In terms of getting it into their hands, it’s partly why we use social media and our networks of people working on these issues, as well as the media, to help get the word out. The more we can write about these issues, and let people know that there are resources available, the more people have the potential to learn about it—and actually use it for good.

Relatedly, how can we hold public institutions accountable, whether that’s the culture of local government offices or the Supreme Court or the administration?

That’s one of the tough things about this. A lot of what we found is that sexual harassment is really structural. It’s about who occupies which jobs, it’s the kinds of laws we have in place that make it impossible for people who work in certain segments of the economy to have any kind of recourse. I think that those are some of the areas where individuals could work together to create change, but it’s going to take systemic change to really see this impact. That’s why the toolkit is actually arranged with different levels of action. So, you can have this broader systemic change that you push for in a variety of ways—whether that’s by voting for particular people or by donating to particular causes—and then there are changes you can ask your corporation or your employer to implement, and then there’s change you can organize as a group, as a grassroots effort, and force industries and social structures to change. That’s where aggregated individual power really starts to come in.

A lot of what we’re talking about in this report is cultural. One of the big things we found is the narratives and the myths that we have about who does what kind of work and what that means, and who deserves to be a leader, and who deserves to have power. All of those things play into a kind of cultural sense that [sexual harassment] is OK, and that’s something we’re trying to highlight here. We need to start changing these narratives. One to change these narratives is through behavioral science and through mindset change, by highlighting the ways in which these narratives are false. We tell ourselves stories about people. We think, “Well this person has done some good things before,” and this behavior that they’re exhibiting now, we can wipe it away because it contradicts this other narrative that we have about the person. We tried to offer lots of different ways to think about changing culture, whether that’s through changing systems or changing mindsets. Those are the two ways to approach broader change of institutions around this issue.

In your research, have you seen any evidence suggesting that one of the above approaches is more effective than the other?

I don’t think that the research suggests that any one approach is necessarily more effective. Certainly, the more systemic approaches help more people more quickly: If you change a law, you have the potential impact on millions of people. In terms of impact on individuals, individual actions can in fact be most impactful in people’s lives. For example, when I take action as a bystander to help a person in my office dealing with a sexual harassment experience, that has a meaningful impact on that person’s life and on my life, and it can actually change a culture within an organization when people stand up for others. There’s a numeric impact, and then there’s the social and emotional impact. I think that they’re different, but each one of them is powerful in its own way.

This is somewhat beyond the scope of the report, but what do you think can be done to instill the right values in kids from a young age and educate them about sexual harassment?

In our research, we noted that there are some states that are now mandating education around consent and harassment as part of their sexual health curriculum. California is the leader in this [effort], and it focuses mostly on high schoolers. That said, a lot of [sexual harassment] issues are around unequal pay and unequal power, [but] these educational moments are targeted around the sexual side of the misconduct, not the gender side. One of the things that we highlight in the report is that there are two prongs: There’s sexual harassment that’s based on sex and sexuality, which is about the misunderstandings about consent and relationships, and then there’s the harassment that’s about gender and about telling certain groups of people that they don’t belong doing certain things.

In practice, they may have a similar impact and a similar mode of operation, but there are two different reasons behind them. A lot of education tends to target the sexual misconduct part of sexual harassment. It’s a lot harder to talk about structural imbalances, particularly when sexual misconduct is the part where you have more control. I think that, broadly, conversations about respect for others, respect for human autonomy, respect for people who are different from you as still being humans, is a baseline thing that we all need to teach our children—whether that comes from teachers or parents.

Where do universities fit in?

Universities are a really unique space. In our report we tend to focus on universities and the issue of sexual harassment as though the university is a workplace. Of course, the university is much bigger than that. A lot of the focus on sexual harassment at universities has been on teachers harassing students. We have Title IX in addition to Title VII as the two controlling laws around sexual harassment and discrimination in the university, which we don’t have in any other sphere. That makes it a more complicated space. In some ways, there’s actually been less focus on academia as a workplace, what it’s like to work in academia, and the sexual harassment that occurs among employees and through reporting relationships. That’s something that academia could stand to highlight a little bit more. We’ve been so focused on the more obvious relationships, where the power structures are more obvious and more disparate, between teachers and students and in some ways peer harassment as well. Universities have lots of opportunities and mandates for different kinds of education—they’re an educational institution. This is exactly the kind of educating we would hope universities would do, whether that’s through the ways in which they enforce Title IX and Title VII or [through] the kinds of educational opportunities they offer their students.

Can any of the recommendations found in the toolkit be applied beyond the workplace—to more informal group interactions?

I think that’s the hard part about this, that it requires, in many cases, standing up, and in some cases that’s not a safe thing to do. You as a bystander, you as a target of sexual harassment, have to decide what the right thing is to do, knowing that in the moments you’re experiencing these kinds of behaviors from somebody else—which really exist on a continuum from relatively mild to incredibly violent—you may not be able to respond in the moment. So [it’s about] making sure that that’s where other people come in, and where all of us in our daily lives have an opportunity—which is often hard to take to be honest—to stand up for people and to call out behavior we think is inappropriate. In some ways, that’s what we’re seeing culturally right now, in this moment of #MeToo. #MeToo is that bystander callout, it’s that opening up, pulling back of the curtains, talking about the experiences of being targeted, and collectively starting to say that this isn’t acceptable. Harnessing this energy is how we’re going to make cultural change. But it’s not easy—it’s really not easy.

This conversation has been edited for length and clarity.