Russia's Going Soft on Georgia...Sort Of 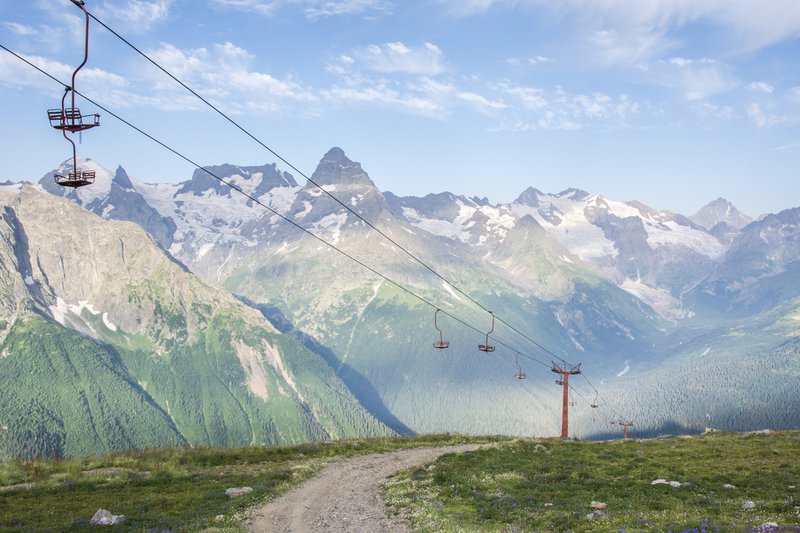 Soft power. The phrase typically means exertion of influence by one country over others through non-military means. The United States, for example, demonstrated soft power when all of Europe tuned in for the finale of How I Met Your Mother. But for one large country’s little neighbors, soft power is anything but soft.

The Russian government has been actively trying to increase its influence in societies around the world, mostly in former USSR countries and in no small part through the media, for the past few years. The country of Georgia is no exception. This little country, considered by some in Russia a “backyard,” has been actively building ties with its partners in West for several decades, especially after the 2003 Rose Revolution. Russia, obviously, does not like that.

Georgia’s aspirations to Euro-Atlantic integration, such as the slow but continuous path to NATO, DCFTA (Deep and Comprehensive Free Trade Act), and the visa liberalization process with the EU is understood by many Georgians to be seen by Russia as threatening, even though President Giorgi Margvelashvili and the political establishment of Georgia repeatedly claim that the country is not planning to engage in military aggression, but rather, defend itself from foreign threats.

Russia’s response to Georgia is both soft and hard. We’ve had several military conflicts; there was a war in August 2008; Russia recognizes and financially supports Georgia’s breakaway regions, Abkhazia and South Ossetia—the list goes on. When it comes to soft approaches, Russian politicians realized their influence was falling behind in Georgia, mainly because all the aid, financial support, and investment came from the West. According to IDFI, an organization based in Tbilisi, Georgia, the country has received more than $2 billion in grants from 1995-2015, most of which has come from the US and European Union. According to the same report, Georgia received no financial assistance from Russia in the same period of time. Georgia has been seen as a Western stronghold in the Eurasian region for some time—certainly, at least since the Rose Revolution in 2003. All this is to say that a country that some refer to as being in Russia’s backyard is in fact supported by the West and, according to some, leading in regional reformation away from Russia. No surprise Russia wants its influence in that country back.

And, as Western interest in Georgia waxes and wanes, the Kremlin approach might just work. Georgian members of the clergy, politicians, and various organizations have emphasized the previous friendship with Russia and stressed the dangers of Euro-Atlantic integration. Even though one of the first things the Russian Empire did after annexing Georgia in 1801 was to abolish the autocephalous Georgian church (in 1811; the status was restored in 1917), there are a number of clergy who advocate for closer ties with Orthodox Christian Russia.

There are a number of politicians, both in past and present governments, who both directly and indirectly call for closer ties with the Russian Federation. Gogi Topadze, a member of the ruling party coalition Georgian Dream, and also a businessman and owner of the brewery Kazbegi, has publicly spoken out against NATO and in favor of Russia and the Eurasian Union multiple times. In an October 2015 TV interview Mr. Topadze claimed that Stalin’s photograph will be in every cabinet and that Georgians should be proud of the Generalissimos. Although some members of the coalition distanced themselves from Mr. Topadze’s statements, they are still alarming statements for some in Georgian civil society. Members of the previous government and parliaments (mostly in power during Eduard Shevardnadze’s presidency) attend various Georgia-Russian discussion panels; publicly call on Georgia’s neutrality, anti-NATO politics and Eurasian Union integration. Even though their personalities and statements are not very popular, they still find an audience, mostly from older generations.

Nino Burjanadze is the former Chair of the Georgian Parliament and the current leader of the Democratic Movement-United Georgia (DM-UG). She is also one of the more famous Georgian politicians and has been to Russia a few times in past decade, where she publicly met with Vladimir Putin and other members of the Russian political establishment. Burjanadze has claimed a number of times that Georgia should renew its relations with Russia. The last time Ms. Burjanadze visited Moscow, in February 2016, she met with the State Secretary. Deputy Minister of Foreign Affairs of the Russian Federation, Gregory Karasin, a representative of DM-UG, told journalists in Tbilisi that DM-UG is the only political party that can normalize Russo-Georgian relations and rebuild ties that will lead to the territorial integrity of the country.

Burjanadze’s is not, however, the only party understood to be pro-Russia. So, too, is the Alliance of Patriots of Georgia. The party often refers to Georgia’s NATO aspirations as “fruitless” and calls for neutrality. 2014 local elections the party garnered 6.34 percent of the vote and reserved two seats in the Tbilisi City Council. Their leader and the mayoral candidate Irma Inashvili received 5.37 percent of the votes.

Ms. Inashvili also runs a media-union, Obiektivi, which started as a small radio station in 2010 and grew into an online TV channel that is now on cable television. The organization invites various guests to its talk shows, mostly to denounce Mikheil Saakashvili (the former President of Georgia), the United National Movement, the West, NATO, and the EU. It is unclear how the organization sustains itself with only tens of staff members, as the channel does not run ads and funding information is unavailable, though some claim that they are funded by Moscow.

And it’s not just one or two TV channels turning increasingly to Russia. For the past several years, pro-Russian sentiments have appeared on the Internet as well. Even though the Kremlin-created and run Sputnik struggled to find an audience with radio airtime, and indeed no longer airs on radio, it still launched a website in Georgia. Russian-language on-air news and shows are available on most Sputnik websites in post-USSR countries.

Sputnik is not the only pro-Russian online resource available in Georgia. There’s also Geworld.ge, Saqinform.ge, Geurasia.ge, and the YouTube channel Patrioti TV, to name a few. All of these organizations are famous for their anti-Western, anti-NATO, pro-Russian, and pro-neutrality statements. The content produced by these organizations ranges from articles and op-eds to video stories and talk shows. Most of the time they invite the same people to talk about Russia-Georgia relations and the harmfulness of Georgia’s Euro-Atlantic integration.

Experts invited to these shows or published on these websites are closely linked to pro-Russian NGOs (though funding cannot be traced, and so cannot be claimed as coming from Moscow). For example, the YouTube channel Patrioti TV has been created by the Erekle II Society, which aims to propagate the Russian culture in Georgia. The organization holds various educational events including Russian poetry, literature, music, and art days in Georgia. Erekle II Society also holds USSR-related events, including May 9 V-E celebrations, Stalin monument visits, and meetings with WWII veterans.

Organizations such as Eurasian Choice and Eurasian Institute are also cornerstones of Russian soft-power in Georgia. The leaders of these NGOs pose for photos in Moscow with figures such as Alexander Dugin (a political scientist with close Kremlin-ties and an open supporter of the restoration of the Russian Empire). These organizations occasionally hold rallies against Georgia’s Euro-Atlantic integration, denounce Mikheil Saakashvili, and mark various Soviet holidays.

Despite the fact that many view these organizations as inferior and don’t really envisage any threats, all of these cases—the pro-Russian priests and politicians, the Russian-funded media and civil society institutions—do exist, and support for Russia is slowly growing. A NDI poll from 2015 showed that “While the majority of Georgians supports joining the EU, when reflecting on benefits and offered a choice between European and Euro-Atlantic (EU and NATO) integration and abandoning this direction in favor of better relations with Russia, 45 percent of citizens said Georgia would benefit more from European and Euro- Atlantic integration, while 30 percent would abandon these aspirations for better ties with Russia. Again, citizens give an economic, not political, rationale for closer relations with Russia, and only 6 percent of Georgians believe that Russia should have political influence on Georgia.”

More Russian music can be heard in taxi radios or at Tbilisi karaoke bars, often sung by the younger generation. Russian comedy shows are shared on social media, and Georgian movie theaters show American films dubbed in Russian. The Kremlin is fairly effective with its use of soft power in Georgia. With the parliamentary election coming up in October 2016, this summer will be interesting to observe both politically and socially.