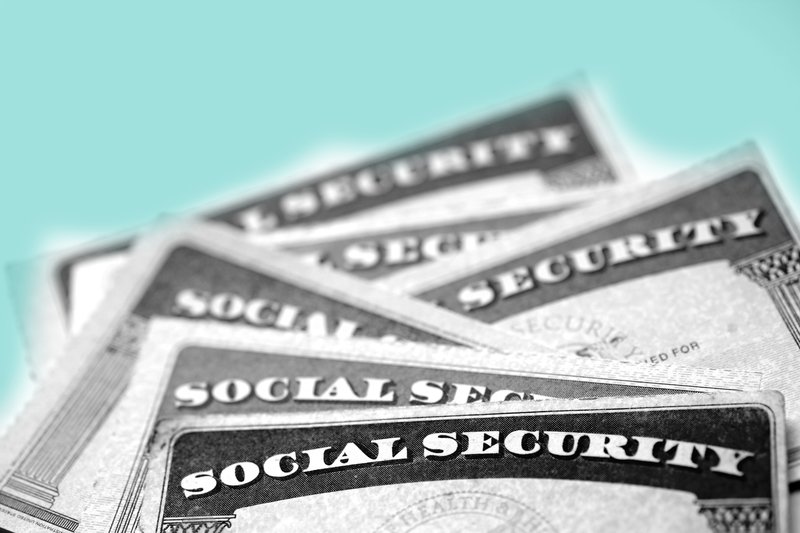 Healthcare for all. Free college. Taxing the ultra-millionaires. The 2020 campaign cycle has already witnessed an important paradigm shift in U.S. politics and policy design. So many of the ideas that candidates like Bernie Sanders, Elizabeth Warren, Cory Booker, and others are espousing on the campaign trail today—ideas that are almost “no-brainers”—were, not too long ago, perceived as impossible. More than that, they were seen as an affront to what many believed to be one of the United States’ most fundamental values: individual liberty.

These days, however, the disavowal of the notion that an individual’s grit, determination, and perseverance are the sole determinants of success is now central to much of the political sparring ahead of the 2020 presidential election. In particular, this challenge to the centrality of personal responsibility has underscored a broader diagnosis: that a system that should distribute power equitably—that is, U.S. democracy—is broken. The bootstrap myth, in other words, leaves out the reality that deep-seated political and economic inequalities create a lopsided playing field.

“Radical” policy proposals such as the ones above are, at their core, about a politics that’s more compassionate. In this light, we’re in a moment that has the potential to upend principles that have driven much of the so-called neoliberal policymaking—and bring about a “mutual-responsibility” framework that addresses some of the country’s most pressing challenges.

A new politics, one that stretches beyond 2020, will ask: What do we owe each other?

We Were Never Supposed to Bowl Alone

U.S. democracy is unique in the way that it was designed to be the product of the tension between Lockean liberalism—focused on individual liberties—and ancient Greek democracy—based on the concept of a citizenry that has a share in both ruling and being ruled. Under this model, the Constitution strove to “secure the common good of the society, the happiness of the people, and a complex public good that incorporates such elements as a due sense of national character, the cultivation of the deliberate sense of the community, and even extensive and arduous enterprises for the public benefit.”

What came to be known as the Founders’ establishment of civic republicanism—the combination of individual freedom and civic participation centered on the common good—is precisely what made the experiment in the United States special and promising.

But over time, these ideals weakened or were lost altogether. With the Gilded Age of the late-19th century, the idea of the common good gave way to the primacy of “self-made” economic success. As sociologists Robert N. Bellah et al write, it was also during this time that “some of the worst fears of earlier republican moralists seemed confirmed: that by releasing the untrammeled pursuit of wealth without regard to the demands of social justice, industrial capitalism was destroying the fabric of a democratic society, threatening social chaos by pitting class against class.” The emergence of the progressive movement the 1890s—marked by a series of government reforms aimed at addressing the problems caused by industrialization, urbanization, immigration, and political corruption—was a direct response to this.

But a technocratic, managerial state, while allowing for greater public participation, also wasn’t the answer to the ills afflicting U.S. democracy. It was still fairly exclusionary, and it marginalized certain groups of people in the process. In the years that followed, administrations came and went, and what ensued were debates between whether the language of U.S. democracy was a language of duties or a language of rights. Subsequent attempts to curtail the negative externalities of liberalism’s emphasis on the individual, like Franklin D. Roosevelt’s New Deal and Lyndon B. Johnson’s Great Society, in their own way, failed to get at the root cause of the problem: the primacy of the unchecked, unencumbered self.

By the 1990s, a movement backed up by scholars including Amitai Etzioni, William Galston, Robert Putnam, and Michael Sandel proposed a new language: one that acknowledged that duties and rights could co-exist. This concept of communitarianism—that is, “a social philosophy that, in contrast to theories that emphasize the centrality of the individual, emphasizes the importance of society in articulating the good”—became the alternative lens through which to see the Founders’ vision for the United States.

Communitarianism combines “progressive thinking with traditional values of community commitment,” and in doing so, it has the potential to “catalyze the conversations necessary for achieving constructive change,” Galston wrote. Outside of academia, figures like New Jersey Senator Bill Bradley and President George W. Bush advocated for a governance framework that restored the language of community, citizenship, and mutual obligation. Unfortunately, more immediate concerns, such as the War on Terror and the Great Recession, eclipsed the promise of communitarianism. And more recently, seemingly insurmountable political divisions have made the idea of the common good even more elusive.

Nonetheless, the crux of U.S. democracy has remained the same: how to realize the idea of the common good in a highly individualistic society.

The Case for Moral Governance

Today’s record-high levels of social isolation and depression, as well as the increase in negative partisanship, are symptoms of politics still based on a rights-vs.-duties dichotomy. Traditionally, the challenge of figuring out how to handle this friction has been relegated to intermediary institutions such as churches, unions, and other voluntary organizations. These bodies, thanks to their ability to foster norms of trust and mutual obligation, are perceived as the closest thing to the Founders’ original concept of civic republicanism.

Yet civic institutions are limited in what they can do. Often, they play a remedying role, making the consequences of unencumbered individualism less acute or perhaps more tolerable.

But there’s more that can be done.

Government, too, can be a champion of community and mutual responsibility. The social bonds developed in religious communities, the collective wins engendered by workplace unions, and the spirit of civic duty that permeates voluntarism shouldn’t have to be constrained to the “civic realm.” Policy design that successfully merges the public and private realms of life, and an approach to governance that has a clear moral basis, has the power to create a new social contract for Americans. That, in turn, could transform the way we think about the common good in a highly individualistic society.

A new politics beyond 2020—one that asks what we owe each other—has the power to prod us to rethink economic, social, and family policy. It can lead to practices in policy design that reflect the upcoming demographic, cultural, and political shifts that the current “individual first” model isn’t equipped to address.

In fact, some communitarian policies are already in effect in the United States. Funding for research, taxing for national security, and regulating environmental preservation are, in essence, government-enacted policies aimed at the common good. Not only do they underscore broader interests, but they also validate the fact that it doesn’t make sense to leave to individuals the work of, say, developing a new vaccine, protecting borders, or establishing environmentally sustainable forms of energy.

Beyond these examples, a new, compassionate politics will, as sociologist Amitai Etzioni told me, look at how more universal programs foster a “shared understanding of values and morals.” Because universal programs aren’t “openly distributive, but instead benefit all,” conservatives and progressives alike tend to support them, Etzioni said. Think of social security and medicare and how the majority of voters are not only in favor of these programs, but also would support their expansion. In a similar vein, a communitarian approach to policy design would recognize the economic, emotional, and social burdens of caregiving and seek to make care cheaper, more accessible, remunerated, and even universal. And for Etzioni, a moral argument for trade policy would seek to “manage trade agreements so that protections for workers aren’t seen as a great betrayal of economic principles.” Even something like the school lunch program could be reimagined into a universal program that would help to erase the socioeconomic lines that are too often drawn between kids who have no control over their financial circumstances.

Put another way, these are policies that aim to nurture the common good by advancing a vision of democracy rooted in mutual responsibility for one another.

The pay-off of a bold approach to how we design policy is a politics that can combat isolation and polarization and equalize power. It’s also a politics that can help individuals—religious and secular—find a higher purpose. There’s nothing un-American or undemocratic about that.