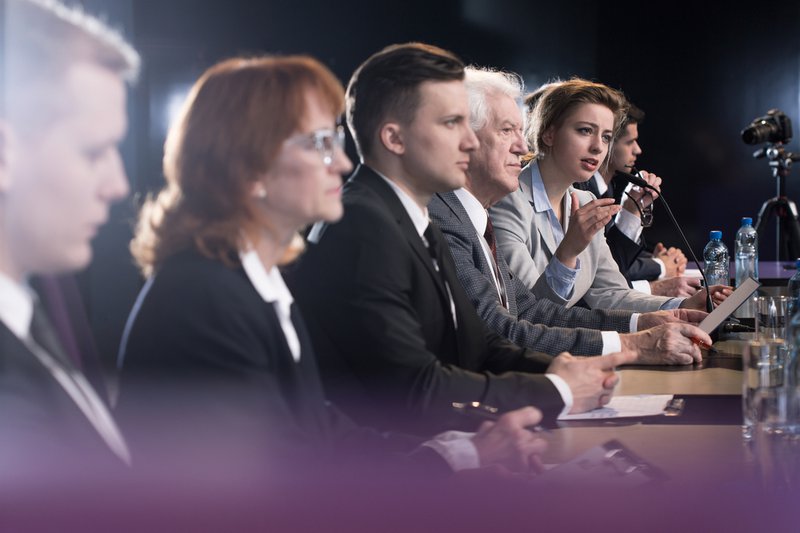 Open versus closed is the fault line of the digital age: open source, open government, open data, open educational resources, open society. And while perhaps not at the forefront of many debates over openness, the question for those of us working in policy shops nevertheless remains: How does the open mantra apply to think tanks, dedicated to good government and the solving of public problems? Our reports are public, but often our events, our research, and our datasets are closed, while we cluster within the Washington beltway, a closed preserve to much of the country.

Born as “universities without students,” think tanks—formally known as policy research institutions—are seen as places where elite scholars develop policy ideas and produce policy suggestions for use in a variety of sectors. Our white papers, however, are hardly aimed at a broad audience. Indeed, the very idea of “wonk,” the proud appellation of many a think tank denizen, is “know” spelled backward, indicating a secret policy code. We are far too often divorced from meaningful contact with the issues our proposed policies are intended to solve—and disconnected from the people we are attempting to help. If we are to carry out our mission today, that has to change.

Put simply, a disconnect from citizens detracts from a think tank’s ability to make positive change for those citizens. When citizens do not trust the institutions that purport to solve their problems, they are unlikely to trust the process through which solutions are proposed. And the American people’s trust in public institutions is at a near-historic low. A 2015 Pew study showed that only 19 percent of Americans say they can trust the government “always or most of the time”, while a June 2016 Gallup survey found that only 36 percent of Americans have “a great deal or quite a lot” of confidence in the presidency and the Supreme Court, and that only nine percent have “a great deal or quite a lot” of confidence in Congress. Voting rates hover around 60 percent in presidential elections and sink far below that in midterm elections. And the New York Times has run a number of pieces shining a light on the lack of transparency and potential conflicts of interest in certain think tanks. While Gallup showed that trust in institutions has recovered somewhat since the historic lows of 2014 and 2015, the confirmation bias effect ensures disaffected citizens will likely remain disaffected. Even when this election is over, the forces of anger and alienation that drove Senator Bernie Sanders to mount a significant primary challenge to Hillary Clinton’s “establishment” candidacy, and that propelled Donald Trump to the Republican nomination will remain.

Paired with this simmering discontent are complex, far-reaching, and interconnected problems at enormous scale. Global climate change; violent extremism; the digitization of everyday life; the gig economy—these challenges require solutions that no one organization can develop alone. This paralysis combines with popular distrust of institutions to create a negative feedback loop: government cannot address major problems, reinforcing distrust of government, making it harder to address the problems. Systems-level change requires system-wide engagement and a new way of doing business.

Imagine, then, an open think tank—one that makes its findings available for widespread public use, embeds in communities across the country, builds a more inclusive pipeline into the ideas ecosystem, and engages with citizens to develop solutions collaboratively to our greatest problems. By committing to the principles of openness, a think tank could both build solutions at scale and help build confidence in institutions.

At a minimum, an open think tank would make its information public, ensuring that all citizens have access to its reports and policy solutions. Currently, some think tanks that also do consulting work for private parties do not always make their conclusions public, and a number of prominent think tanks—the Urban Institute and Brookings Institution are two notable examples—make their work public for viewing but retain exclusive copyright over the materials such that they cannot be republished, utilized in further research, or otherwise used without written permission. An open think tank would not only make information available to view, but also allow others to use its information and the underlying data sets in a variety of ways: for syndication beyond a think tank’s own channels, to be re-purposed into other studies, and to critique or replicate specific research. (New America publishes under the Creative Commons Attribution (CC BY) license that makes our work free and available to anyone looking to view or use our research with citation, and is a member of the Open Policy Network, an international coalition of organizations dedicated to fostering the creation, adoption and implementation of open policies and practices that advance the public good).

But making the work available for viewing and use is only a first step. A World Bank study showed that a third of their reports are never downloaded, and 87 percent of their reports are never cited. If that’s true of the renowned World Bank, it’s safe to assume there are thousands of reports produced by hundreds of organizations that languish, unread, on the internet. An open think tank, therefore, would do more than simply make its information accessible to the public. It would harness the power of new media and social media to engage audiences around policy issues. It would build products like infographics and video, and translate nuanced notions into accessible articles and essays. It would seek out new audiences beyond industry and government insiders. And it would build broad public conversations about important issues by hosting events, finding partners from other sectors and industries, and gathering others’ perspectives on their policy proposals.

An open think tank would also embrace ideas and solutions that come from outsiders. Geographically speaking, many think tanks in the country cluster in Washington, D.C., California, Massachusetts, and New York, where rents and cost of living are some of the highest in the nation. Huge swaths of the country are therefore underserved by the think tank industry, and the people from those underserved areas are often priced out of participation in more expensive cities. An open think tank would embed in cities across the country, seeking ideas and solutions from people and places normally outside the reach of the think tank industry. Equally, an open think tank would be open to hiring staff and experts with alternative credentials and from diverse backgrounds, and would build inclusivity in the policy world through paid internships and fellowships that encourage applicants from diverse backgrounds to work in the policy sphere. Again, by opening up geographic scope and hiring processes, think tanks can help build confidence in institutions.

But perhaps most importantly, an open think tank would embrace a radical proposition: that although its analysts work in the ideas space, they are not the sole producers of good ideas and solutions. That those who do not call themselves wonks—who may not have ever even used that term—know plenty about making things better. Rather than developing, producing, publishing, and advocating for specific solutions alone, an open think tank would engage in collaborative policymaking methods by speaking and working with members of the communities it tries to serve, business leaders, government actors, the media, members of the civic sector, philanthropies, and other think tanks to develop solutions together. By increasing ownership of problems and solutions, an open think tank can increase impact towards a collective solution. This increased ownership would both contribute to scalable solutions to our largest problems, and build more confidence that institutions work with real people in the service of real people.

Think tanks have their origins in the Progressive Movement’s faith in good government, a cause supported by both right and left in the early 20th century. They are dedicated to the proposition that ideas matter, that knowledge can be objective, and that solutions to public problems can be generated for the good of all, not just one political party. And in the 21st century, to achieve that promise, public problem-solving needs to involve far more of the public.