The Only Thing We Have to Fear Is Fear-Based Politics 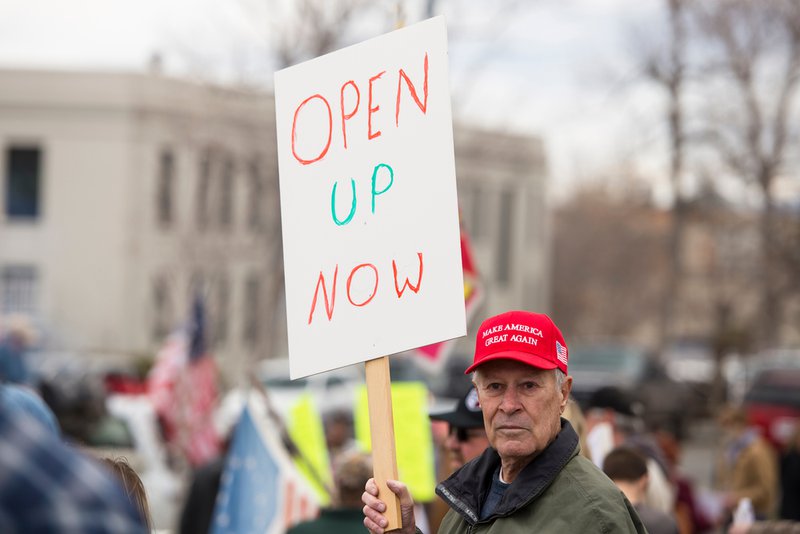 While we see every crisis in American life as shocking and unprecedented—and, of course, Y2K, 9/11, the 2008 economic crisis, Ebola, ISIS, and COVID-19 are all unique in important ways—patterns persist in how the public reacts, and whether the space for policy innovation closes or opens. Despite our rugged national self-image, Americans often tend toward fear: Something—whether it’s American exceptionalism, child-rearing habits, continental isolation, or Internet-shortened memories—leads us to believe over and over, against all evidence, that human history has never seen anything like what our country is experiencing right now.

And Americans, like people everywhere, usually reward their leaders in a time of crisis. Social scientists have proposed a range of explanations for this: an intense need to believe that those in power are successfully keeping us safe, a psychological need to see aggression acted out against the source of crisis, or simply a reduction in political strife that normally signals voters to oppose a given leader. Those trends have manifested repeatedly over the last two decades—so how do they play out against the polarized, anti-globalized politics of 2020?

First, Americans tend to believe that social calm, and a lack of violent threats at home or abroad, are the norm. In fact, such periods are the exception rather than the rule. The last twenty years have been eventful—and that’s without including government shutdowns, catastrophic weather events, surges in domestic extremist violence, and epidemic-level gun violence.

At a casual glance, the period stretching from the late 1970s to 9/11, or from the 1950s to the mid-1960s, might sound like nirvana. But ask someone who lived through the Cuban Missile Crisis, or who grew up with duck-and-cover drills and nuclear winter nightmares, how serene those years were. And for some Americans, social peace was always illusory: The Roaring Twenties, the subject of so much nostalgia, saw the rise of the second Ku Klux Klan, Tulsa’s Black Wall Street Massacre, and numerous other instances of large-scale racial violence.

Seeing Washington, D.C. shut down is less strange when you’ve grown up on tales of your pregnant mother walking through it in the aftermath of the 1968 riots, with machine-gunners on the White House lawn. Contemplating the loss of family is normal when your grandparents lived minutes from Strategic Air Command in Omaha, Nebraska—central to every Cold War dramatization of a nuclear exchange. Plenty of older Americans remember when polio shut down summer trips to pools and movie theaters. And again, whether it was African Americans losing voting rights or Japanese Americans being herded into internment camps, few non-white Americans were ever under the illusion that what they had couldn’t be ripped away tomorrow.

In short, our collective faith in the permanence and immutability of U.S. institutions is misplaced—but it may be particularly American. It may also leave us open to swings of overreaction.

In the wake of 9/11, historian Peter Stearns argues in his book American Fear, Americans “have come, as a nation, to fear excessively.” Through interviews, personal recollections, and other data, Stearns compared public responses in the weeks following the 9/11 attacks—when Americans saw likely attackers everywhere—to responses in the immediate aftermath of Pearl Harbor. Americans, he concluded, “were over three times as likely to be afraid” after 9/11, and “the level of fear, when expressed, ran much deeper.”

Our disproportionate response to 9/11 has held true for subsequent crises. In 2014, a majority of respondents told pollsters they were concerned about ISIS attacks (90 percent) and a widespread Ebola epidemic (65 percent) within the United States. In reality, only 11 cases of Ebola were ever treated on U.S. soil, resulting in just two deaths. And, according to New America’s International Security Program, in all the years since 9/11, “individuals motivated by jihadist ideology have killed 104 people inside the United States.”

After each of these crises, public opinion and voters rewarded leaders and candidates who promised decisive, militarized action, and who acknowledged the intense levels of public concern. That support continued for some time even as criticism of these responses mounted: President George W. Bush’s approval rating skyrocketed after 9/11, remaining above 50 percent until the summer of 2005. 2014 candidates who called for stronger responses to ISIS and Ebola (and, in some notorious cases, conflating the two) had very high rates of success in the midterm elections that year. President Obama famously complained in an Atlantic interview about the difficulty of convincing Americans that terrorism poses a limited threat at home—and one could argue that he won a decisive electoral edge in 2008 through his willingness to directly address Americans’ concerns about the economic crisis, while his opponent, Sen. John McCain, seemed to equivocate.

These days, COVID-19 is claiming a 9/11’s worth of U.S. victims every two days—a death rate that will likely continue into May. In Europe, leaders are seeing the exact kind of elevated public support one might expect in the United States—regardless of whether their countries are global leaders or laggards in flattening the curve of infections. French President Emmanuel Macron, for example, is enjoying his first majority support in two years, while Italian Prime Minister Giuseppe Conte—who presided over a deeply problematic response—saw a 27 percent increase and now sits at 71 percent approval.

Some U.S. reactions to COVID-19 mirror past responses to crises: a strong, cross-partisan spike in concern; bursts in support for state, local, and health leadership. And, in a striking parallel to 2014, the virus isn’t the only thing Americans are worried about: Perceptions of China as a threat are spiking, as are hate crimes against Asians and Asian Americans.

There is, however, one marked departure from the norm. While Trump initially enjoyed a bump in his approval ratings, it wore off much more quickly than has been typical in past crises. Just days after the president applauded protests against shelter-in-place restrictions, polling found him trailing well behind Michigan Governor Whitmer—whose restrictions were being protested—in approval. After a rough first year in office, Whitmer is now seeing a bump, while Trump’s approval ratings are back to their levels before the virus reached the United States. As Michigan pollster Richard Czuba said, “This is very much a rally-around-the-flag moment, and voters typically would be rallying around the leadership of the president, and they clearly are not.”

Still, it’s been possible for decades in U.S. politics to cobble together pluralities of voters by offering them new bogeymen. Before ISIS, Al-Qaeda, and China, election seasons sensationalized crime, Japanese imports, and communists. Indeed, political scientists Steven Teles and David Dagan argue that terrorism was largely swapped in for crime in the public imagination—and in political campaigns—after 9/11. The United States’ history of prejudice, combined with its diversity and the demonstrated electoral success of fear-driven approaches, has led again and again to campaigns that demonize and target not just pandemics and ideologies, but people and communities.

Such rhetoric has been responsible for spikes of violence against minority groups in the past. Now, with anti-Semitic, anti-Asian, and anti-immigrant hate crimes on the rise, how we direct our fear has major implications for our social fabric. We can’t always control economic conditions or pandemics (both of which are significant risk factors for social unrest and violence). However, we can do more to step out of cycles of hate speech and incitement—and that means first acknowledging how deeply ingrained these elements are in American life.

Fear, it seems, is as American as apple pie. We have to ask ourselves whether fear-based politics might be, too.