No Child left Behind Is Gone, But Will It Be Back? 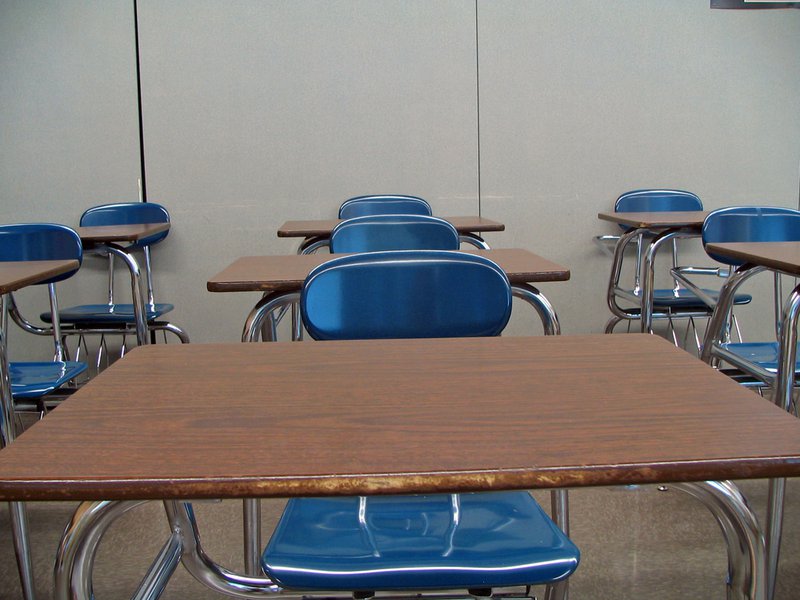 For years, there has been talk of leaving the 2002 “No Child Left Behind” law—the first real attempt by the federal government to hold schools accountable for helping all students learn—behind. 2015 is the year it finally happened. But the story of why NCLB ultimately failed may also tell the tale of why the legislation now standing in its stead might, too.

NCLB, the most recent version of the Elementary and Secondary Education Act, was preceded by the Improving America’s Schools Act. Under that law, high-quality teaching and learning were not prevalent in all schools, and achievement gaps persisted, leading to agreement that a greater federal role for accountability was necessary--from which NCLB was born. NCLB authorized 45 programs in ten different areas, but public debate tended to focus on the law’s testing, accountability, and teacher quality requirements. NCLB required that students be tested in the subjects of English language arts (ELA) and math in grades 3-8 and once in high school, and for states to use the results to assess how well schools were meeting “adequate yearly progress” goals for student proficiency in these subjects. Schools that consistently did not meet these goals overall, or for subgroups of students, were targeted for interventions, and eventually for sanctions. Additionally, recognizing the important role teachers play in student learning, the law strove to ensure that every student have a “highly-qualified teacher” (HQT), as based on teacher credentials in the grade and subject area taught.

The popular narrative is that NCLB failed at least in part because each of these aspects of the law resulted in real issues. Testing took on an outsized role in schools, and the focus on math and ELA began pushing out electives, like art. Many of the suggested interventions for schools identified as needing improvement were more like a machete than a knife, such as replacing all of a school’s staff (although few schools chose this option). And even teachers who were still working toward certification were deemed “highly qualified,” making the HQT provision largely toothless.

As a result of these issues, many agreed that NCLB needed to be replaced. But that didn’t mean that members of Congress and the White House could agree on what should replace it. First up for reauthorization in 2007, NCLB continued to be the acting law of the land until 2012 when states began to loudly voice concerns about NCLB’s most daunting ultimatum: that 100 percent of students be proficient in ELA and math by 2014, a goal that was clearly becoming unachievable. In response, U.S. Education Secretary Arne Duncan provided many states “waivers” from NCLB, with major conditions for instituting college- and career-ready standards, rigorous teacher evaluation systems, and school rating and accountability systems.

Many members of Congress believed the Secretary greatly overstepped his authority in putting conditions on states’ waivers, and some were furious. Republicans in particular were motivated to put a law in place that strips authority from the Secretary and put it in the hands of states. And, in what would seem like a perfect storm for replacing NCLB, the traditionally Democratic-leaning teachers’ unions also wanted to devolve control back to the states, in an effort to relieve “high-stakes” federal pressure on teachers.

But the Secretary’s actions may have actually pushed the anti-federalist Tea Party wing of the Republican party, some of whom want the federal Department of Education fully dismantled, further away from voting for any bill the President would sign. Meanwhile,some civil rights groups wanted to ensure that strong school accountability systems were a federal requirement. 2014 came and went, and Congress could not come to agreement.

Then, a series of unexpected events occurred. First, on the Democratic side, two key players on the House and Senate Education Committees who supported a strong federal role for school and teacher accountability decided to retire. This brought new voices into the mix that were more sympathetic to the teachers’ unions agenda. Second, amidst pushback from the Tea Party for being too open to bipartisan compromise, the Republican speaker of the House--a key architect of NCLB--suddenly announced he was stepping down and retiring as soon as a replacement was chosen. All of this took place against the backdrop of the upcoming 2016 elections, and anxiety about which party would be in power the next time NCLB was revisited. The perhaps counterintuitive (and, to many, unexpected) result was that all stakeholders—including the Obama administration, which exceedingly wanted to pass a bipartisan Elementary and Secondary Education Act into law—came together to cut back, though not gut, the federal role in education.

The result? The Every Student Succeeds Act (ESSA). Signed into law by President Obama last week, ESSA was a much congratulated, bipartisan effort. But was so was NCLB. Will ESSA fare better?

Under ESSA, states still must test students in grades 3-8 and once in high school and use test results to inform their assessment of schools’ performance. And states are still required to break out school performance by student demographic subgroups, and intervene in schools where specific subgroups of students are chronically performing extremely poorly. But ESSA allows states to develop their own school accountability rating systems, providing only rough guidelines for how to identify schools in need of improvement. Also, ESSA limits the number of schools states must target for improvement and expects local school districts to step in and help struggling schools. States must only step in if districts are unsuccessful in helping schools improve. And while that’s all actually quite similar to what states with NCLB waivers are doing now, under ESSA, there is no requirement that states put teacher accountability and improvement systems in place, though they have the option to do so.

Even with all of these differences, ESSA could fail students, and the nation, for similar reasons as NCLB. Because, despite the dominant narrative, much of the pushback to NCLB came because the law actually succeeded, in part, at doing what it was intended to do: identify and intervene in schools that were not helping students achieve overall, as well as those with large disparities in outcomes among different student subgroups, and bring urgency to the need to improve in these instances. An alternative narrative could be that the real issue with NCLB was that chronically failing schools were that way for a reason: they didn’t know how to improve, and the interventions mandated still provided wide latitude in how to do so (“some other major change” was an allowable strategy). And while it acknowledged the critical role that teachers play in student and school success through HQT and school interventions targeted at replacing the teaching force, it did not directly attempt to improve the quality of teaching. That would have required training educators on how to analyze more fine-grained data on student and teacher performance, setting related goals, and putting coherent systems in place to support educator growth in targeted areas. NCLB identified what schools had to be, but that didn’t mean that schools knew how to be that.

Under ESSA, it’s no more likely that schools will know how to improve, or that they will focus on improving the quality of teaching. And despite states’ best intentions, there are fewer incentives to do so. For example, in schools with big achievement gaps between different groups of students, but no subgroup is performing horrendously on state tests, schools must develop an improvement plan and districts must step in if no real improvements are made. But if the “majority” of students are doing well, schools, teachers, and the larger community may be perfectly content to stick with business as usual. If the community is content, districts will have little interest in butting in, and there’s no requirement for the state to do so. As such many may be perfectly happy with the more lax ESSA, and its tenets may live on in future federal education laws.

However, education watchdog groups and civil rights groups have pledged to keep tabs and take action if it seems students are still being “left behind.” In all of these ways, ESSA is not so dissimilar to the version of the Elementary and Secondary Education Act that preceded NCLB, the Improving America’s Schools Act. Will ESSA take a similar trajectory, leading us back to consensus that a federal role is required to keep some states from walking back from holding schools and educators to high standards, and intervening when schools fail to meet them? 2016 will be a transition year between NCLB and ESSA; the following year, ESSA will be in full effect. And the years thereafter will tell if this experiment worked, or if we are still leaving our students behind.