New Zealand Is A Model of Cultural Education... We're Not 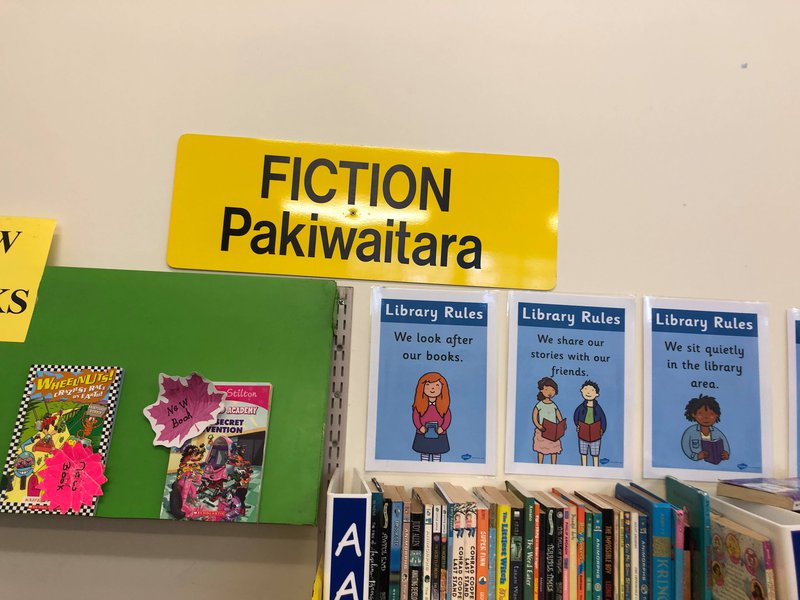 “Haere mai!” I called to my students when I needed them to gather around to listen to me. A few months before, if anyone had shouted this phrase at me, I would have blinked a couple of times and looked around the room in confusion. Now, it was a central part of my ability to teach, as made evident by my class of elementary-aged students instantly stopping their activity and coming to sit in front of me, ready for my next instructions. They had known this phrase for most of their young academic lives.

You may hazard a guess that this is a phrase in another language, and you would be correct. But would you guess it was said in a classroom of an English-speaking country to a room of almost entirely English-native speaking white students? Maybe not.

The language is called te reo Māori (roughly pronounced like “Mao” as in Chairman Mao, then “ree” with a slight roll of the “r”). And the country is New Zealand. Much like Australia has an entire indigenous population commonly known as the Aboriginal peoples, New Zealand also has its own indigenous population called the Māori. Like native Hawaiians, the Māori are of Polynesian descent with an entire language of their own called te reo Māori.

And “haere mai”—meaning “welcome” or “come gather around together”—is just one of the many phrases and words that New Zealand students are taught in te reo Māori from the moment they begin school.

The classroom I was in was called the “Kea” room, a homage to the te reo name for a native bird. Our neighboring classrooms had similar names like “Tuatara”, “Pūkeko”, “Tūi”, etc. The main office was labeled both as “Office” and as its te reo name “Tari.” The library was similarly labeled as “Whare Pukapuka” which translates to “house of books.”

I particularly think of all this during this week, which is National Māori Language Week in New Zealand, because it reflects New Zealand’s profound cultural respect for its Māori culture. It’s not just in school, but in events and parades happening publicly throughout New Zealand. The country is even commonly referred to by its te reo name, Aotearoa. It made me, and continues to make me, think about whether this has broader impact on its people.

This immersive bilingualism wasn’t unique to just this one school where I happened to be a frequent substitute teacher. I had the privilege of teaching in about two dozen schools across New Zealand’s capital city of Wellington. Regardless of what school I taught in, te reo Māori was used and understood everywhere and using the phrase “Haere mai” never failed me. Neither did saying “kai” to refer to food, “taringa” for “ears” or “listen”, “whānau” for family, and more. My students always knew and understood it, no matter their ethnicity or age.

I taught in New Zealand schools for less than two years, and yet I know far more phrases in te reo than I know phrases or words in any Native American language. I spent my entire academic life in Maryland’s public schools, and while I learned some Spanish in high school, my cultural immersion stopped there. Yet in te reo, I can tell you greetings, the alphabet, and I can even sing you the New Zealand national anthem, which is half in te reo.

And so could every single one of my New Zealand students.

You may have seen the performance of the haka, a famous and highly-respected—and quite frankly, awe-inspiring—Māori “war dance” performed by groups before events, including before national rugby games. Aquaman star Jason Mamoa even performed a haka before the Aquaman movie premiere. This is taught and performed by students at all school levels as well. It is an example of the Māori culture—or tikanga—being embedded and immersed in New Zealand education and child development.

“We recognise the benefits that are gained for all students from learning the indigenous language of the country of their birth or residency,” says Clifford Wicks, an elementary school principal from Wellington, New Zealand. “The concept of unity through diversity is embedded within the school culture.”

He explains how part of official teacher training involves developing proficiency in the country’s Māori-immersive curriculum, including learning necessary words and phrases, reading and writing basic te reo for use in the classroom, and even understanding typical Māori interpersonal communication and conventions.

This isn’t just one teacher’s wishes for more kumbaya through cultural understanding, appreciation, and respect. The philosophy of embracing other languages and cultures more deliberately in the classroom is called culturally-responsive teaching. It’s not a novel concept. It is already embraced in the state of Alaska where its schools have relatively rigorous standards for culturally-responsive teaching towards its Alaskan Native populations.

But Alaska is unique. On a national scale, we tend to stick to the narrative of “if you come here, you should speak English.” Whether voluntary—my own grandparents made no effort to be sure my parents learned their respective languages of Polish or Hungarian—or through the brutality of how Native American language was discouraged here, an “embrace” of American culture has been viewed as necessarily exclusionary.

Well, why? New Zealand, like the U.S., is an English-speaking, predominantly white, post-British colony, yet it has found so much beauty and unity in its embrace of another culture. And resilience. After the devastation of New Zealand’s only mass shooting in history in Christchurch, the national rallying cry “Kia Kaha, Christchurch” was used to bring peace and comfort to a grieving nation. Hard to imagine that happening here, where Hispanic immigrant families are regularly being told to practice cultural abandonment, sometimes with the risk of violence.

Research has shown this aversion to bilingualism, even if well intentioned, is not helping children. In fact, bilingualism is heavily linked to positive outcomes for students.

I would hope other countries can learn from New Zealand’s example and re-embrace cultures close to their communities. Respect, optimally, comes naturally, but New Zealand shows that it can also be taught.