The Myth of Political Protagonists 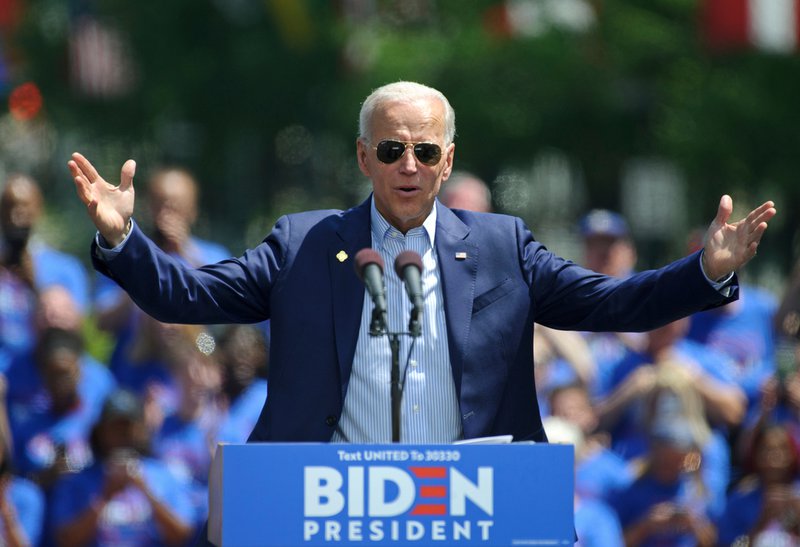 The 2020 presidential election cycle has only just begun, but many Americans have been quick to choose their champion. “Beto is our Christ” signs have flown at rallies, Kamala Harris and Elizabeth Warren prayer candles have appeared in online stores, and the vague term electability was quickly assigned to Joe Biden at the start of the campaign season. Around the same time (unintentionally, according to author Andrew Shaffer) the second novel in a murder mystery series about Barack Obama and Biden entered book stores. The first book, Hope Never Dies, was a New York Times bestseller, described as an escapist fantasy for “liberals longing for the Obama-Biden team to emerge from political retirement as action heroes.”

But as soon as Biden announced his presidential candidacy, the book took on a different meaning. It’s no longer a silly story, but rather a source of information on Biden’s character, one that may affect his success on the campaign trail. According to Shaffer, people often approach Biden with a copy of the novel, asking him to sign it—as if Biden the murder mystery protagonist and Biden the candidate for president of the United States are one and the same.

As human beings, we gravitate to stories because they help us understand one another and communicate our sense of right and wrong. This love for narrative can make it difficult to look at history without making moral judgements. Which isn’t necessarily a bad thing: Studying past conflicts, cultures, and institutions has the power to illuminate their ongoing relevance, and it encourages us to ask the moral questions attached to these historical events.

But what does it mean to extend this search for virtue to today’s main political actors—to history-to-be?

When historical figures are fictionalized, they often shed the collective memory of their real actions and become vessels for whatever message we want to imbue them with. For instance, Martin Luther King Jr’s significance and moral authority in the American imagination have led everyone from pro-life groups to car companies to use a warped, fictionalized version of King as their mouthpiece, thereby obscuring the real reasons for his legacy. And in Latin America, leaders have similarly invoked independence war hero Simón Bolívar to legitimize a variety of political ideologies.

We, as audiences and consumers, should try our best to think critically about the consequences of such extrapolation and, when necessary, call it for the farce that it is (as many people did with the Ram commercial), in no small part because fictional characters are powerful, especially when their prototypes are no longer alive to dispute or contradict the messages they send.

But today’s congresspeople, senators, and presidential candidates aren’t historical figures. They’re acting in the present, and the legacy of their work is as yet unclear. This makes it that much riskier to essentialize their character—as soon as we cast them into the role of heroes or villains, it becomes difficult to see outside that mold.

On the one hand, it makes sense to search for a protagonist in what often feels like a dirty, depraved, and corrupt political landscape. It’s probably easier (and less terrifying) to convince ourselves that U.S. politics is more akin to Parks and Recreation than House of Cards. On the other hand, our institutions have never been perfect. Thoughtful criticism of our leaders opens up opportunities for change, whereas reducing political competition to facile morality plays of good guys and bad guys tends to obstruct that road to progress.

Politicians themselves often take advantage of the imaginary characteristics assigned to them to gain popularity. Consider how the same internet joke about the Biden-Obama bromance that inspired Hope Never Dies prompted Biden himself to tweet about his “best friend” Obama on a made up Twitter holiday. This display of innocent affection was conveniently issued two months into Biden’s presidential campaign, portraying him as a fun-loving guy but also reminding nostalgic Democrats of his proximity to a beloved former president.

Idolization of politicians is by no means a new phenomenon, but today it seems to have reached unprecedented levels. As Donald Trump, in the wake of the 2016 presidential election, became a hero for many of his supporters—such as the artist who paints quasi-religious, MAGA-themed visual epics—the rest of the United States designated him the ultimate villain, the perfect foil to the now idealized images of presidencies past. In turn, this attitude has positioned the 2020 election to be a turning point in the country’s history, further pushing us to embrace the good-versus-evil narrative.

Crucially, this isn’t to say that there’s no room for praise in politics. To the contrary, it’s normal and necessary to express support for candidates’ policies and plans. Still, fiction is different than praise. The former takes changing, multi-faceted politicians and turns them into two-dimensional images. It discards evidence in favor of vapid imagery that anyone can use to tell their own story, packaged as truth. Praise, though, speaks to a single perspective, among many, about a policy or action, leaving room for criticism. A murder mystery about “funky Uncle Joe,” “Daddy Bernie” paraphenalia, and Kamala Harris prayer candles aren’t praise––they’re adorations that hamstring access to useful, constructive information.

Further, idolization of politicians can cement power in the hands of the few by relieving them of the pressure to prove their suitedness to serve. Historical icons, no matter how annoying and unfortunate their co-opting, don’t have this burden, which makes all the difference: They’ve already made their mark, and how we choose to remember them makes less of a direct impact than how we treat those looking to occupy the White House.

The leaders in a democratic society ought to represent the needs and opinions of the people, and their success should be dependent on their ability to do so, not on the grandiosity and appeal of their images. Politicians aren’t heroes; they’re civil servants. And we’d all be better off if we stopped fictionalizing our presidential candidates by turning them into murder-mystery protagonists and civil religion saints.