My Morning Coffee, the New York Times, and American Families 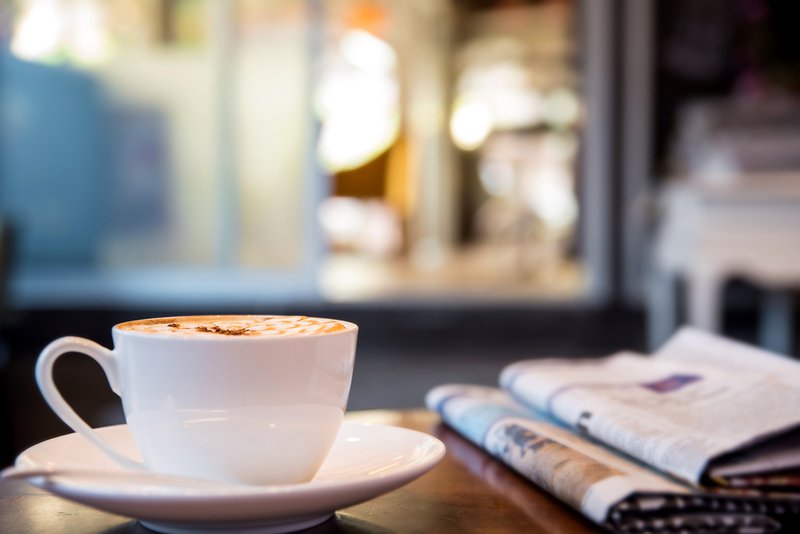 I’m often teased by my family for my morning addictions: strong coffee and a slow reading of the New York Times, ideally while sitting on our back patio, weather permitting, enjoying the sunrise and the birds. Yet that routine enabled me to notice a common theme among these recent Times articles:

The common thread is that families with kids are struggling, so much so that many families delayed or stopped having kids altogether. Why? First and foremost, kids are seen as being too expensive, as a Morning Consult/New York Times survey found. And, the story continues: These families’ decisions have contributed to the U.S. fertility rate dropping to a record low: 1.8 for two years in a row, well below the replacement rate of 2.1.

Around the time these articles appeared, I arrived at work where my Center for Household Financial Stability research team—William Emmons, Ana Hernández Kent, and Lowell Ricketts—greeted me with a draft of their latest report, “A Lost Generation? Long-Lasting Wealth Impacts of the Great Recession on Young Families.” I opened it and saw that the potentially “lost” generation is made up of those born in the 1980s, though my colleagues note that things have really started going downhill even earlier, beginning with those born in the 1960s.

This reminds me of a startling observation that Phil Longman (like me, a former New America employee) made in What It’s Worth a couple of years ago: Up until about 1970, the gap between generations was growing for a good reason: Kids were regularly doing better than their parents. Since then, the gap between generations is still growing, but for the opposite reason: Kids are doing much worse than their parents. It’s hard for me to fathom such a reversal of fortunes in so few generations.

So it’s not surprising then that younger families, especially, are struggling and having fewer kids (a threat, of course, to our economy and social contract as well, one where younger workers support retired seniors). And what’s behind these declining levels of wealth and economic fortunes? In the report, my Center colleagues and other researchers point to:

And, if you share Washington Post columnist Catherine Rampell’s assessment, things are likely to get worse for these younger families and, especially their kids. Citing a recent Congressional Budget Office estimate that the recent tax bill will add $1.9 trillion to the federal debt over the next decade, she asked: “Who will be stuck paying the tab for that, through some combination of higher taxes and reduced government services? You guessed it: millennials, our children and those who will come after us.”

Things are not grim for all families and kids: If you buy the arguments of Richard Reeves (author, Dream Hoarders), Matthew Stuart (author, “The 9.9 Percent Is the New American Aristocracy”), and Steven Brill (author, Tailspin), there are plenty of kids, great schools and opportunities for the top, overwhelmingly college-educated, 9.9 to 20 percent of families (depending on which publication you prefer). For those in this upper quintile, the American dream couldn’t be better. In fact, my Center colleagues also found that college graduates own about three-fourths of our nation’s wealth while comprising only about one-third of the U.S. population.

Now, Americans have generally not been troubled by folks doing well at the top; we tolerate a lot more inequality than most nations do because, well, many envy those at the top and believe successful people worked for what they have. But Reeves and these other authors argue that the “hoarding” of opportunity among the upper middle class crowds out opportunity for everyone else, or creates a “moat” that separates the “protected” few from the “unprotected” masses.

We can debate whether dreams are hoarded or how well moats protect opportunities for those at the top—but what’s undeniable is that it’s a tougher time for many and especially for younger U.S. families to get a financial foothold, to raise economically successful kids, and to pass on wealth and opportunities to future generations.

Yet Americans have been here before and managed to make things significantly better for families and kids. As Longman and I observed in The Next Progressive Era, gaping economic inequalities in the late 1890s spawned a 30-year burst of new institutions and public policies that were primarily motivated by the protection and economic security of families and kids.

For example, massive corporations were busted up not because of their effect on prices or “consumer welfare”—which is the rationale today—but to protect families, communities and their small enterprises or, simply stated, to protect their way of life. They also protected families from the pay-day lenders of their time, instilled an ethic of savings and thrift to foster economic independence, and created the Federal progressive income tax system to help share the bounty of a growing economy with workers and families.

Protecting families and kids—starting with their economic and social well-being and building out policies and institutions from there—seems like a great motivation for changing things now as well.

Now that’s a story I would love to see in my morning New York Times.

The views expressed here are those of the author and do not necessarily reflect the views of the St. Louis Fed or the Board of Governors of the Federal Reserve System.