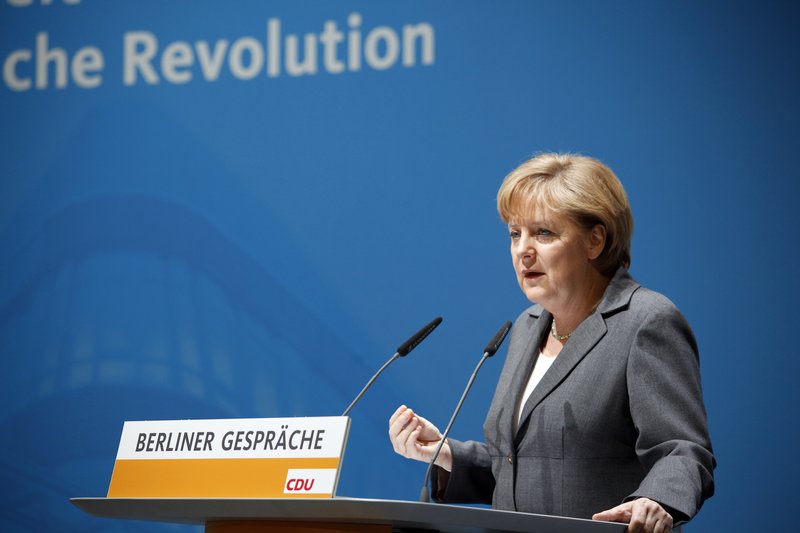 For over a decade, German Chancellor Angela Merkel has been a point of stability in Europe’s rapidly shifting political landscape. And she’s poised to extend her tenure as the leader of Europe’s largest economy into a fourth term—or at least she was, until recently.

On January 24, Sigmar Gabriel stepped down as head of the Social Democratic Party (SPD) in order to make way for Martin Schulz—a man who, despite having never held a post in German national politics, has recently been throwing Merkel’s chancellorship, and the future of the country’s politics, into uncertainty.

Schulz’s inexperience in national politics doesn’t mean that he’s an outsider, however. He was the president of the European Parliament from 2012 to 2017, and he’s been a member of the SPD for 43 years. Yet Schulz is a fresh face on the national political scene, and this has undoubtedly contributed to his swift ascent in the polls. Many Germans had complained that Merkel would be elected because there was simply no alternative, not because they felt particularly excited about extending her 12-year tenure.

And then, suddenly, Schulz has provided that alternative, ratcheting up the stakes of Merkel’s November 2016 prediction that “this election would be more difficult than any since German reunification.”

Since Schulz’s candidacy was announced, the gap between the SPD and the Christian Democratic Union (or CDU, Merkel’s party) has, in two separate voter opinion polls, narrowed from between 11 and 15 percentage points to a mere one percent, with the CDU and the SPD each receiving about a third of the projected vote share. In only three short weeks, the straight-talking, sometimes volatile Schulz has sparked the enthusiasm and interest of the German population in a way that Merkel hasn’t done for years—if ever.

This is all very well if the goal of politics is entertainment, or if you believe that, by being boring, Merkel has been leaching away the lifeblood of German democracy. Schulz’s candidacy will have practical political effects, however, and no one is sure what those effects will be.

Despite Schulz’s distinguished career as a left-wing Europhile defender of democracy, there are concerns that he might veer into Trumpian territory—an allegation recently leveled by German Finance Minister Wolfgang Schäuble (CDU). Indeed, it’s hard to escape the parallels between a Schulz/Merkel and Trump/Clinton matchup. In both cases, a highly qualified, unquestionably experienced, well-educated female candidate—who strikes voters as stiff, humorless, and mired in the weeds of policy—is confronted by an (occasionally, in the case of Schulz) unpredictable, less-educated, less-experienced man whose strength lies in making an emotional connection with voters by calling things the way he sees them and pledging to help citizens who feel like the economy has moved on without them.

Schäuble’s accusation is probably just the first overblown shot in what promises to be a tough political campaign. However, there is one way that Schulz’s candidacy, no matter how leftist, could push German politics to the right. Commentators generally agree that if Merkel is to have a hope of winning, she will need to mend the relationship between her CDU and its Bavarian sister party, the Christian Social Union (CSU), which has been vocal in its demands for a stricter refugee policy than the one that the Chancellor has put in place. Merkel and the head of the CSU, Horst Seehofer, have been exchanging barbs over Merkel’s inclusive stance on refugees since early October 2015. While Schulz’s candidacy and surging poll numbers have forced Merkel and Seehofer to assert that they present a unified front, we’ll have to wait and see if they can actually convince voters that they’re on the same page.

Merkel may be a reluctant campaigner, but she’s also a shrewd politician, and she knows that in order to win this campaign, she will need the full support of her CDU base and Bavarian CSU voters. Left-of-center voters have supported Merkel in the past—and many were planning on supporting her again before Schulz threw his hat in the ring—but she can’t count on them to vote for her based on her left-of-center refugee policy alone. Schulz provides not only a viable option for liberal voters who want to elect a stable governing coalition that does not include the the far-right populist party Alternative for Germany, but also a candidate whose ideology aligns more closely with theirs on matters beyond the refugee crisis. In other words, Schulz will cost Merkel votes—ones she cannot replace—and her pro-refugee stance could keep her from getting votes on the more conservative side of the political spectrum.

So what’s the Chancellor to do?

Given that Merkel already tends to underperform in elections, she will need to fight for every single center-right vote. She could compromise on her refugee policy and curry favor with Seehofer, which may at least cement her base, and possibly even draw a few of the less-radical right-wing voters back into the mainstream conservative fold. But doing so would irreparably damage her legacy and give additional legitimacy to the xenophobia and isolationism sweeping across Europe and the United States.

Alternatively, she could stay put on her policy and hope that a stubborn Seehofer will come around. Then, however, she’d likely lose the election to someone who has never before figured on the stage of German national politics—an outcome that might be just as galling to a respected head of government who has been firmly in power and widely admired since 2005.

Regardless of which path she chooses, there is no doubt that Merkel will take the time to weigh all of her options before committing herself to anything. As multiple in-depth profiles of her have made clear, she assesses every angle of a problem before making a move. And while this plodding, deliberative style makes her a vulnerable campaigner, it also makes her just the sort of brilliant leader that Germans may yet decide to reelect.