Meet the Woman Who’s Shaking Up the Cyber Scene 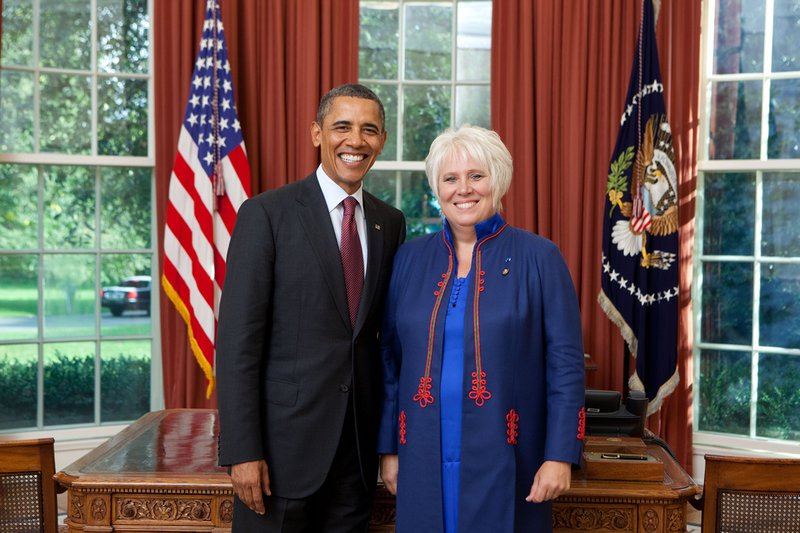 Back in 1991, when Marina Kaljurand was new to Estonia’s recently established Foreign Ministry, very few people had heard of the internet. So it seems improbable that, just over a quarter of a century later, she would be charged with leading a global Commission to ensure a stable future for a cyberspace that connects nearly four billion users. But that is exactly what she has done. So as we celebrate Women’s History Month, it is not unreasonable to see Kajurand’s appointment as a milestone in the short and undeniably male-dominated history of cybersecurity.

At its launch at the Munich Security Conference last month, the new Global Commission on the Stability of Cyberspace was heralded by organizers as the “first of its kind dedicated to developing norms and policies to improve cyberspace stability and security.” But in some ways it is Kaljurand’s appointment as the Chair of the Commission that was the biggest news. While women have for a long time, though often quietly, made important contributions to the field, they still only account for some 10 to18 percent of the cybersecurity workforce.

During a conversation with us, Kaljurand described the Global Commission as a “platform for all stakeholders” to establish international stability in cyberspace through the joint development of a set of behavioral recommendations for the world’s governments. So while in the past governments have generally claimed for themselves the prerogative to debate the sort of behaviors to which they and other internet users should be held, Kaljurand appears excited by the prospect of opening up the debate—particularly to women—despite, or perhaps because of, the glacial pace of inter-governmental discussions of cyber “norms” and how they skew male.

But how did Kaljurand find herself in this position?

An important part of the story is a pivotal event in the history of the internet: the distributed denial-of-service (DDOS) attacks in April 2007. Russia carried out these attacks on Estonia after the Estonian government decided to move the Bronze Soldier of Tallinn, a Soviet-era war memorial. The resulting attack brought down major Estonian websites—from banks and newspapers to government ministries’ sites—and sent shock waves through the small Baltic state that had, following the breakup of the Soviet Union, built its economy—and indeed its entire society—around the internet.

As Kaljurand told us, the attack was “a wake-up call… for my country and for many other countries and international organizations.” Yet through shrewd national leadership (especially under recently retired President Toomas Ilves, who was head of state from 2006 until last year), and equally deft diplomacy, Estonia has turned this adversity into an advantage by becoming a leading voice in the increasingly important field of international cybersecurity—it’s home to both NATO’s Cyber Defense Center of Excellence and the Tallinn Manual, a study that attempts to map existing international law onto the affairs of cyberspace.

As one of her country’s top diplomats, Kaljurand has been deeply engaged in that effort. But all of this has also been directly personal—a wake-up call for her, too. As the Ambassador to Moscow during the attacks, she led the uphill “task ... to start cooperation with Russia on the cyber attacks, trying to find people or authorities who are behind [the attacks].” From then on, cybersecurity has been an important element in her professional life.

Yet Kaljurand is open about the challenges she’s faced in her increasingly high-flying career, as well as in her roles as a wife and mother (Kaljurand has a son and a daughter, both now adults). “It’s always a question of choices, and it is always a question of sacrifices,” she observed. Reflecting on being separated from her family during parts of her career, Kaljurand is both emotionally candid and resolved, “I was crying at night, I didn’t see them. But these are the choices.”

What’s made these choices easier, however, is two-fold. First, Estonia's post-independence culture grew under strong Scandinavian influence, which threw off traditional assumptions about women staying in the home and enabled women to take various key positions in Estonian public life (the current Estonian President is also a woman).

And second, she highlighted her good fortune to be married to a husband with whom she could share parenting responsibilities. Initially, they exchanged childcare duties when they worked on their respective master’s degrees, and then later in her career, her husband remained in Estonia while her son completed school there.

That said, she was quick to stress that such support need not come from a spouse, saying that “what I feel is that everybody needs somebody to lean on: maybe parents, mothers, fathers, brothers, community, women’s organizations, other organizations,” because “at some point we all need support.”

What would Kaljurand suggest to young women with an eye to infiltrating the cybersecurity world? Education, tethered to ambition. Referring to an example she had observed from the Estonian Foreign Ministry, Kaljurand noted that when asked in interviews about their career goals, newly minted male diplomats often said that they aspired to be an ambassador; women, on the other hand, just said that they wanted an interesting posting. Kaljurand was unequivocal—young women should be educated to see the widest possible range of opportunities for themselves: “I think every women and girl has the right to do what they want to do and the right to be ambitious.”

And the key to that? “It’s all about role models,” she said, pointing to the challenges faced in the past by female diplomats. “Fifty years ago, there were no women in diplomacy … then Madeleine Albright became US Secretary of State and made it possible for women to be in security policy.” Now, with Kaljurand at the helm of this new Global Commission, it is her moment to lead by example.

“We who have achieved some position have the obligation to be supportive and to speak on behalf of young women.”

With contributions from Ian Wallace.

Marina Kaljurand will be one of the keynote speakers at the New America Cybersecurity Conference on March 20. Please join us in person or via livestream to find out more about how Ambassador Kaljurand and the women (and men) on her team plan to make ensure a stable cyberspace for everyone.