The Limits of the Power of Prayer in American Politics 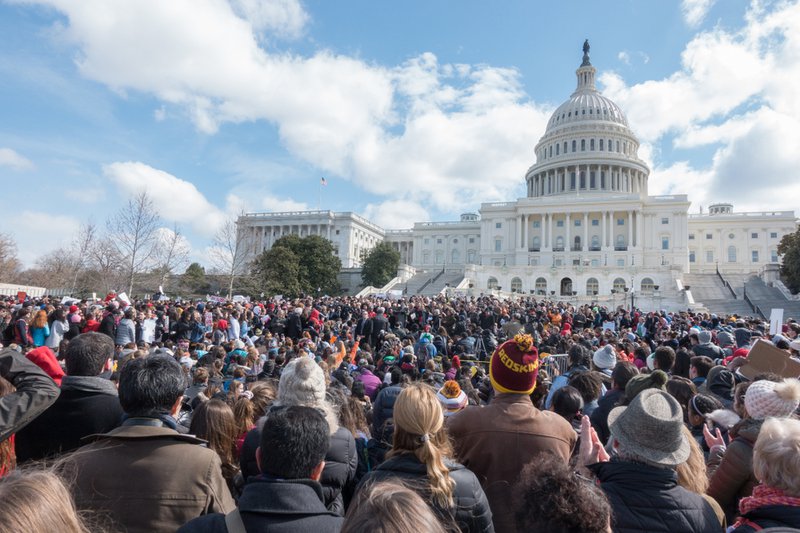 Last week, religious leaders, humanitarians, and politicians came together at the Hilton Hotel in Washington, D.C., for a fellowship breakfast “in the spirit of Jesus.” The National Prayer Breakfast, held every year since 1953, is one of those moments—now rarer by the day—when political strife and division ostensibly take a back seat to prayer, calls for unity, and reminders of our shared identities. It’s also a reminder of how faith and public life are intertwined in a country where 70 percent of the population is Christian, and where the public’s trust in the church has always been greater than its trust in government.

But one need only think about recent headlines detailing a racist attack, a homophobic remark, or even broader political pettiness to question the extent to which the breaking of bread is enough to overcome the record-breaking level of division in American democracy.

The National Prayer Breakfast, in other words, is a reminder not of what kinds of positive changes faith is able to effect in public life, but of the kinds of changes it isn’t able to bring about.

Of course, history shows us that religion often does play a crucial role in politics. It’s long had the power to focus the attention of both representatives and individual citizens on certain issues. For instance, it can encourage people to call for better gun legislation after tragedies like the shooting at Marjory Stoneman Douglas High School in Parkland, Fla.; a more humane criminal justice system in a country where there has been a 500 percent increase in the number of incarcerated people over the last 40 years, due to changes in law and policy, not changes in crime rates; and fairer rules of the game so that the government is accountable to everyone instead of a powerful few. Looking back further, the Southern Christian Leadership Conference’s Poor People’s Campaign, which in 1968 sought to secure economic justice for society’s most vulnerable citizens, also underscores how faith and religion have been constant presences in American political life. Still, ultimately, the task of actually addressing various issues rests with the people positioned to do something about them: elected representatives.

At the same time, the idea of better policy hinging on representatives’ goodwill or their ability to, as President Donald Trump said in his State of the Union address, “follow the path of cooperation, compromise, and the common good” probably doesn’t inspire much confidence in most people. That’s largely because the government isn’t really equipped to do its job—because we have an electoral system that tends to exacerbate differences and deepen divisions.

That’s what American politics looks like today, where every election is so high stakes that competition is taken to unhealthy levels—ones that no amount of praying or wishing for cooperation can fully extinguish.

To understand how, consider the fact that, over the last 30 years, Congress has eliminated thousands of staff positions. This, in turn, has hurt its ability to analyze policy and has overburdened and overstretched its staff, who’ve increasingly scrambled to do their jobs effectively. As a result, Congress now outsources a lot of its work to lobbyists and the executive branch. As Paul Glastris, the editor-in-chief of the Washington Monthly, wrote for the magazine in 2014, the slashing of congressional staffing positions “reduced the ‘legislative support staff’” at agencies like the General Accounting Office (renamed the Government Accountability Office in 2004) “by a third and killed the Office of Technology Assessment entirely.” And while the Founding Fathers had always intended for the legislative branch to be the most powerful and robust of the three, today, “Congress clearly has been eclipsed by the executive branch. The executive branch comprises 180 agencies, 4.1 million civilian and active military employees and a budget of $3.9 trillion per year,” Kevin Kosar of the R Street Institute wrote in 2016. “The legislative branch consists of a handful of agencies, has 30,000 employees and is funded at $4.5 billion per year.”

When the ability to make and enact policy lies not with those whose main job it is to represent everyone but, instead, with those tasked to represent only “some ones,” there’s no amount of religion and faith that can correct for that misalignment of position and responsibility. Decisions not made by elected representatives, and consequences not weighed by them, fail to meet the goal of creating better, more equitable, and more inclusive policy.

But Congress’ limited capacity is only one side of the coin. The other side—the one that’s gaining more traction thanks in no small part to the work of my colleague Lee Drutman over the last couple of years—has to do with the broken nature of the American electoral system.

The two political parties’ failure to meaningfully encompass the wide spectrum of competing social and economic views that exist in America under two, coherent umbrellas means that many people who are politically engaged are so engaged—so certain that their side is the right side—that they can’t see how the other side could have anything of value to offer to political discourse. Meanwhile, many of those who aren’t engaged don’t see much value in becoming so, either because they don’t trust the government to do the right thing or, perhaps worse, because they know that their vote won’t make a difference.

Indeed, the way legislative elections are structured in the United States means that it’s almost impossible for third-party candidates to get elected. With single-member districts, there can be only one winner, so anyone who flirts with the idea of voting for a third-party candidate who may better represent her interests is likely wasting her vote. In single-member districts, winners win everything, and losers lose everything. It only takes one election—in a very ethnically, ideologically, and geographically diverse country—for losers to feel threatened by what the winners might do (and vice-versa), what policy consequences they may face.

As grave as that sounds, that’s what American politics looks like today, where every election is so high stakes that competition is taken to unhealthy levels—ones that no amount of praying or wishing for cooperation can fully extinguish.

The solution to a broken Congress is congressional reform. Pay staff more so that they don’t leave after two years because they’re burned out. Hire more staff so that lobbyists aren’t the ones tasked with drafting bills. Modernize Congress by updating congressional rules, procedures, and schedules so that it can adapt to the realities of contemporary American politics.

Likewise, the way out of the doom loop of mutual distrust-turned-mutual destruction is electoral reform. Ranked-choice voting, a system through which voters select candidates in order of choice, and multi-member districts, where more than one representative is elected per district, are two of the most promising solutions to the current crisis of American democracy because of their potential to alleviate partisan tensions and de-escalate political conflict.

It’s worth repeating that this isn’t to suggest that there isn’t a place for religion in public life. Religious institutions have long served as places where people with cross-cutting identities gather to celebrate, mourn, and share personal and political aspirations. Sacred places have been safe spaces during times of political persecution, and they continue to play an intermediary role between people and other institutions of power in society, like government and big business.

To some extent, Trump got at this during the National Prayer Breakfast. He exalted “people of faith” for their leadership that fueled many of America’s “greatest strides,” such as the fight for independence and extending the right to vote to women. And despite his gaffe—when he said that the faithful also helped usher in the “abolition of civil rights”—the intended takeaway from his speech was clear, and mostly right: Religious teachings can nurture many of the morals and values that propel social-justice movements forward, and that force society to look in the mirror and confront its sins.

Still, faith and religion in public life aren’t replacements for political reform, just as prayer isn’t a substitute for inclusive, responsive, and equitable policymaking. And that’s the point that was lost on Trump.